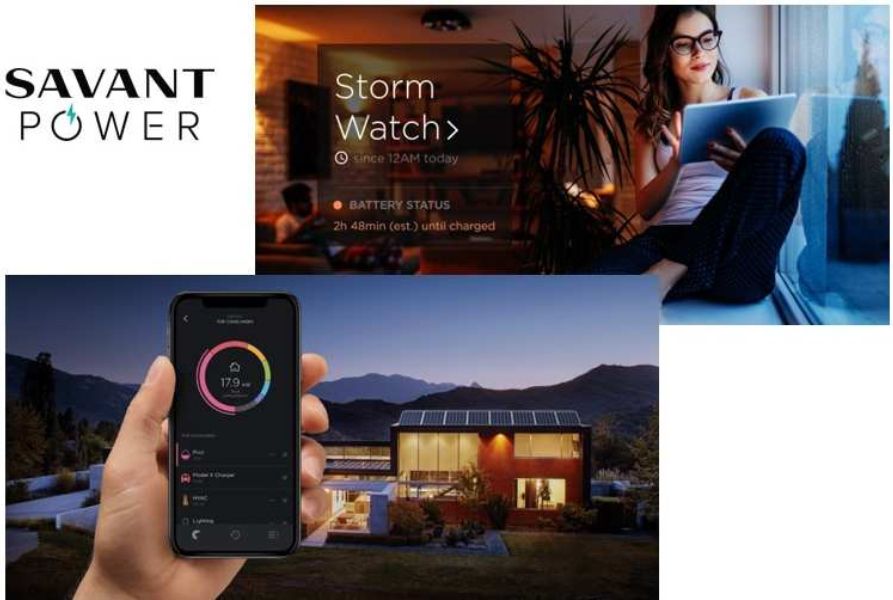 “Savant Power is helping to transform the grid by utilizing our unique automation capabilities, increasing the effectiveness of alternative power sources such as solar, batteries or generators without compromising comfort and convenience,” says Bob Madonna, Chairman and CEO, Savant Systems, Inc.

Aging energy infrastructure, weather volatility and a growing concern for the environment are driving significant investment in more resilient, sustainable and reliable power solutions. Combined with an increase in renewable energy generation and electric vehicle adoption are forcing the industry to change the way power is distributed and consumed to drop costs and harden the grid against potential threats and demands.

Savant Power, which previously acquired NOON Home back in January 2020, brings a robust and scalable software platform to manage distributed energy resources such as solar, storage and flexible load management. The company brings to market the key components needed to achieve a smart living experience as well as a modernized energy infrastructure.

“The way we produce and consume power is changing in ways not seen since the inception of the grid well over 100 years ago,” says Anna Demeo, President, Savant Power. “Thomas Edison famously remarked that he hoped we didn’t wait until supplies of oil and coal were exhausted before utilizing alternative resources such as solar and wind. Now, Savant Power is poised to make these solutions a reality alongside GE lighting, a Savant company, while improving quality of life and energy resiliency around the world.”

Another version of this article previously appeared on CE Pro.