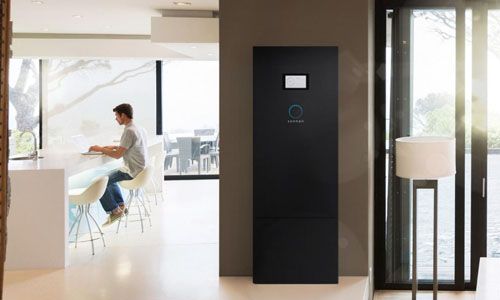 sonnen and Sustainable Westchester will build a first-of-its-kind solar plus battery program.
Words by: Nick Boever • Photos by: atm2003/Adobe Stock

sonnen and Sustainable Westchester will build a first-of-its-kind solar plus battery program.
Words by: Nick Boever • Photos by: atm2003/Adobe Stock

The program will offer participating residents the opportunity to establish a cleaner energy future for themselves and neighbors by joining a broader effort of new and retrofit installations to build clean energy infrastructure in New York. The network of residential solar plus sonnen ecoLinx batteries will help balance the local electric grid, reducing outages and brownouts and lowering CO2 emissions through decreased reliance on “peaker” plants.

Sonnen’s own VPP software, Logical Buildings, will the be brains of the operation, being able to dispatch the planned 80MWh in the New York VPP to form a dynamic asset grid. Batteries enrolled in the program will also be able to provide demand response services to the local utility, ConEdison, including solar time shifting, reduced demand for peaking resources, grid decongestion during peak periods, and lower carbon emissions.

Plans for Similar Projects in the Future

From this initial pilot, sonnen then hopes to expand the project footprint to several Long Island communities, with plans for similar programs in development, the ultimate goal being to bring 5,000 new solar and storage units online in the sonnenCommunity NY VPP by 2024.

“By joining this program, homeowners are not just making an investment in their own home’s resilience and sustainability in the face of extreme weather and outages, they are contributing to a greener, more sustainable future for their local power grid,” said Blake Richetta, Chairman and CEO of sonnen.