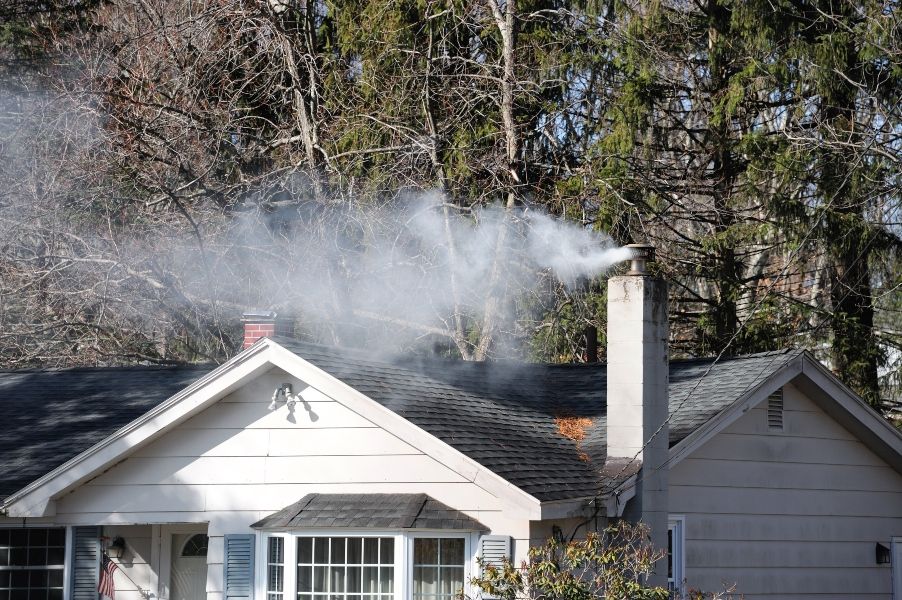 Despite being less prevalent than motor vehicle pollution, wood smoke still has a substantial impact on public health.
Words by: DesignWell Editors • Photos by: nd700/stock.adobe.com

Despite being less prevalent than motor vehicle pollution, wood smoke still has a substantial impact on public health.
Words by: DesignWell Editors • Photos by: nd700/stock.adobe.com

New research out of Athens, Greece has revealed that in urban areas, wood burners, and burning wood in general, could account for nearly half of people’s exposure to cancer causing chemicals through pollution. Polycyclic aromatic hydrocarbons (PAHs) are carcinogenic particles long known to be produced from burning fuels, however the study illuminates the fact that wood burning produces more than diesel or gasoline on average.

As part of the study, researchers took background samples of the air in Athens every day for a year, analyzing 31 different PAHs alongside other chemical pollutants. Specific compounds related to pollution sources allowed scientists to determine where the PAHs were coming from.

It was found that:

However, not all PAHs affect the body equally, with those produced from wood burning being more carcinogenic than those produced from diesel and gasoline. As such, when scientists calculated the increased risk of cancer due to pollution types, they found that the levels of wood burning measured would increase cancer risk by 43% while diesel and gasoline raised it 36% and 17% respectively.

These findings also come at a time where rising natural gas and oil prices amidst inflation and fuel shortages are causing many households to switch to wood and wood burners in order to warm their homes this winter.

Wood Smoke Pollution Remains Consistent Across EU and US

While the study focused exclusively on Athens, researchers were quick to note that the case of Athens serves to confirm a rule, rather than highlight an outlier. Prior research confirms that the levels of wood smoke pollution in Athens matches that of other major European and North American cities. According to data from the World Health Organization (WHO) this would mean that wood smoke is causing 5 additional cancer cases in every 100,000 people annually.

“Athens is not an exception – it’s more representative of a rule,” said Athanasios Nenes, at the Foundation for Research and Technology Hellas in Patras, Greece, and the École Polytechnique Fédérale de Lausanne, Switzerland, and one of the team behind the new study. “On the one hand, it’s: ‘Oh, my goodness, this is terrible.’ But on the other hand, it points to something people can actually do to reduce this risk without too much effort. You basically stop burning wood. That’s the bottom line.”

The guidance, however, is not new. This study stands upon many studies that have been conducted into the role wood burners and wood smoke plays in impacting public health and the environment at large. However, due to it not being as widely used as motor vehicles (another source of pollution) the topic of wood smoke often goes under the radar, despite it being just as, if not more prevalent in terms of the pollution load it delivers.

Up until this point, this has caused regulations surrounding wood stoves to be lacking. European “eco” wood burners still produce a concerning amount of pollution. American EPA standards have also been called into question regarding lax enforcement of compliancy. While the pollution in Athens falls below European limits for pollution, it is more than double WHO’s limits.

While experts continue to push for tighter government regulation on these systems, they also highlight areas where building design can significantly curb the need for wood burners in a home. In preparing homes for the winter, experts recommend better insulation in the home to start, while heat pumps can help better heat an individual home. Meanwhile, district heat networks can be used on a much grander scale to better support public health, while meeting heating needs.