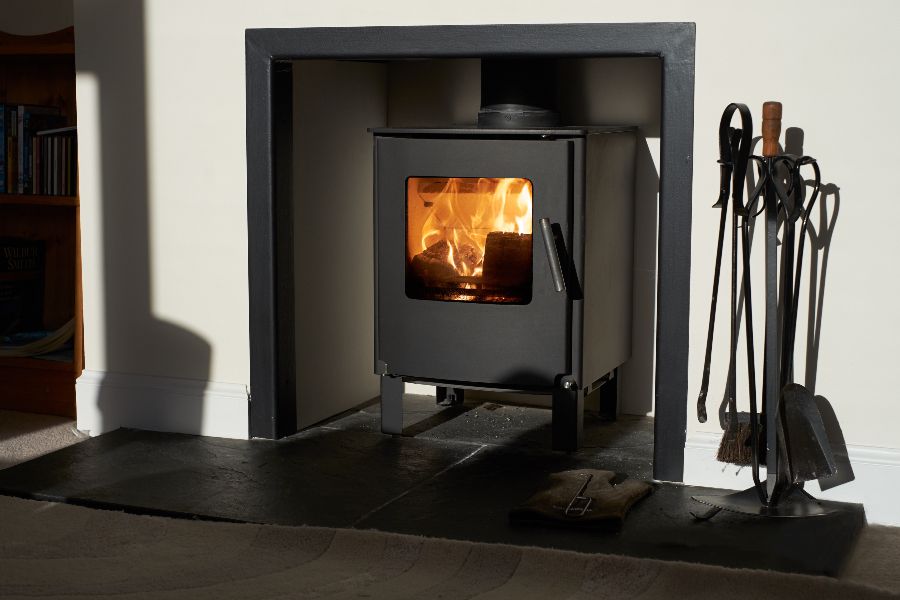 Even with current regulation, wood burning stoves produce far too much pollution.
Words by: DesignWell staff

Even with current regulation, wood burning stoves produce far too much pollution.
Words by: DesignWell staff

There’s a war going on over air pollution, and at the heart of one of its many battles sits a common heating fixture in many homes: wood burners and wood burning stoves. According to an article by The Guardian, a report put out by the European Environmental Bureau recently surveyed the role wood burning fixtures play in contributing to air pollution throughout the UK.

What they found was that domestic wood burning is the single largest source of PM2.5 air pollution in the UK. It’s so significant, in fact, that it triples the amount produces by regular road traffic. Compare that, however, to the amount of people that often use these fixtures. Only 8% of the UK population actively use wood burners, and across the EU, these statistics remained relatively similar.

Aside from being incredibly harmful to the environment, PM2.5 pollution is also extremely hazardous to health. Because of their tiny nature, particles can pass through the lungs and directly into the bloodstream. From there, they are then carried around the body before becoming lodged in the organs.

It’s not just outside the homes where the pollution is going either. Wood burning often triples the amount of air pollution within a home. The same Guardian article states that nearly 40,000 early deaths a year are attributed to wood burning in Europe, and in the United States, those numbers are very similar.

Another part of the survey focused heavily on the new ecodesign standard for wood burners in the UK and EU and its validity. The team’s findings, however, revealed that these ‘environmentally friendly’ wood burners still emitted 750 times more tiny particle pollution, than a modern heavy goods vehicle (HGV) truck.

This isn’t just related to the UK, however. Over in Norway, their version of an ecolabel, known as Nordic Swan, still allows for pollution up to 300 times more than a modern HGV. And the EPA’s own certification has been called into question on whether manufacturers are truly compliant with the standard.

“This valuable report highlights the impact that the domestic burning of solid fuels has on pollution,” said Prof Alison Tomlin, at the University of Leeds.  “At a time of rising gas prices, householders might be tempted to switch to solid fuels. However, this report shows that better insulating our homes, and switching to cleaner forms of heating, is far more beneficial for health and the climate,” Tomlin said.

The answer, the UK report advised, is that new construction and heating solutions should do away with wood burners entirely. Instead, governments and construction projects should focus on using heat pumps and district heat networks instead to better support public health.