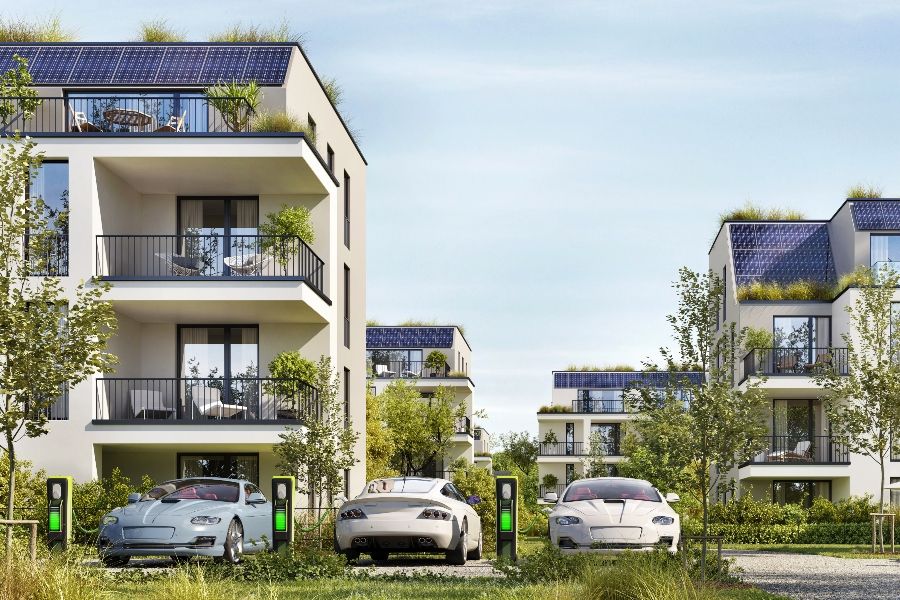 Vehicle Pollution is Down, and City Design Holds the Key to Future Progress

While good news for all, a report by Harvard paints diminishing returns in curbing air pollution.
Words by: DesignWell staff • Photos by: slavun/stock.adobe.com

Vehicle Pollution is Down, and City Design Holds the Key to Future Progress

While good news for all, a report by Harvard paints diminishing returns in curbing air pollution.
Words by: DesignWell staff • Photos by: slavun/stock.adobe.com

With vehicular pollution down since 2008, thousands of deaths related to poor air quality and billions of dollars’ worth of costs to society have been avoided, according to researchers at the Harvard T.H. Chan School of Public Health in a recent study. The study also found that while pollution from larger trucks have been significantly reduced, the pollution from passenger vehicles, specifically within metropolitan areas, continues to be a concern.

While the impacts of air pollution have been studied extensively up to this point, not much research has been conducted into the efficacy of pollution reduction initiatives on a public health level.

The basis of the study was formed based off of recent emissions data, which was used to model four scenarios leading up to 2017. These scenarios also factored in types of vehicles being used, mileage traveled, mortality rates at the time, and trends in demographics (as aging populations tend to be more susceptible to air pollution).

Success metrics were then measured on “social benefits” to society namely measured in the monetary impacts related to death attributable to air pollution and accelerated climate change due to greenhouse gas emissions.

The researchers estimated that, based on the projected scenarios, the total social benefits to society measured $270 billion in 2017. These estimates were based off a significantly reduced mortality risk from fine particulate matter (PM2.5) and, to a much lesser extent, costs related to climate change—which included natural disasters, agricultural productivity, risk of conflict and others not outlined in the main article.

In addition, the deaths attributable to air pollution dropped from 27,700 in 2008 to 19,800 in 2017, which still proved to be a far smaller reduction than the researchers expected. As for reasons as to why the numbers did not match expectations, the researchers believed certain trends such as a larger aging population, smaller cars being exchanged for larger cars and more miles needing to be traveled in general would offset the benefits of these initiatives.

However, had vehicular pollution continued in line with 2008 levels, researchers estimated there would have been 48,200 attributable deaths in 2017 instead.

As researchers pointed out during the study, metropolitan areas still represent significant pain points when it comes to controlling air pollution. While pollution from larger trucks have fallen off considerably, the study found that passenger vehicles accounted for 2/3 of the public health burden in metropolitan areas.

John Spengler, Akira Yamaguchi Professor of Environmental Health and Human Habitation and senior author of the study, stated in an article with Science Daily, that these findings, along with the trend of families upgrading to larger, less fuel-efficient vehicles over time and increasing population density, point to a potential plateau in the future where incremental improvements are immediately offset by these concentrated areas of pollution.

Here, the researchers place a high importance for action at the municipal level with promoting and facilitating better urban design choices. Such choices would not only include infrastructure that better facilitates the use of electric vehicles among city residents, but also alternate transportation methods such as biking or walking.

Such outcomes could achieved through greater action at the city level to not only include dedicated travel lanes for these modes of transportation, but by also developing a more centralized organization of key amenities in the future layout of residential areas to encourage a minimal use of vehicle travel in major metropolitan areas.