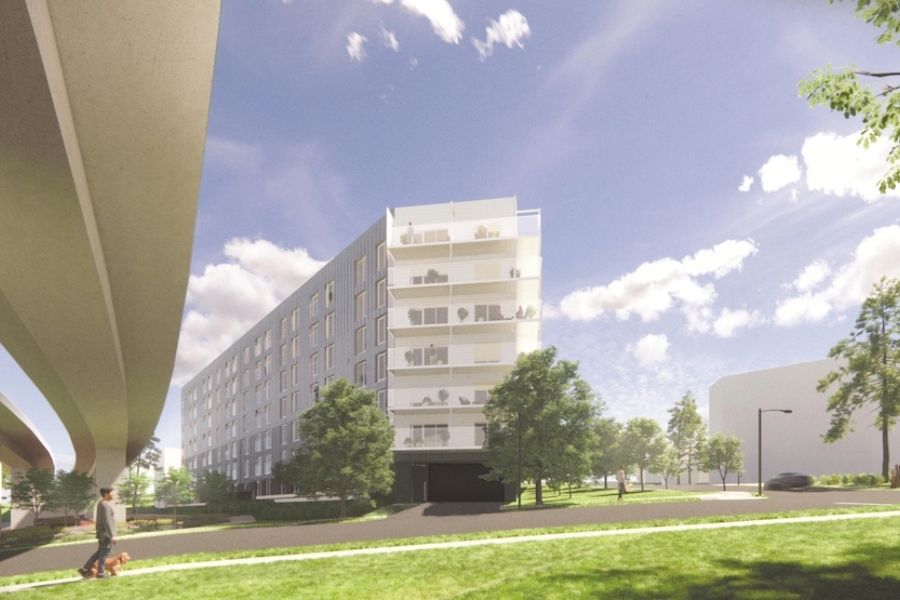 Proposals have been submitted for Vancouver social housing project dubbed “Vienna House,” and among them sits a seven-story conceptualization of a Passive House certified green building that would adhere to a 2050 climate standard. Proposed by Vancouver-based Public Design, who has already been chosen to lead the design, the mass timber hybrid, once complete, would be capable of standing up to growing climate pressures as well as local events such as earthquakes.

The name “Vienna House” references the research and knowledge exchange partnership that has gone into the planning of the project, utilizing best design practices and pricing policies for affordable housing between the city of Vancouver, British Columbia and Vienna, Austria. As part of the collaboration between both cities, Vienna is also planning its own social housing development, appropriately titled “Vancouver House.”

The finished product would offer 123 units of social housing total with 27 studios, 40 one-bedroom units, 34 two-bedroom units, 16 three-bedroom units and six four-bedroom units. In total, the projected available floor space will 110,400 square feet in comparison to the 32,000-square-foot lot the structure will occupy. 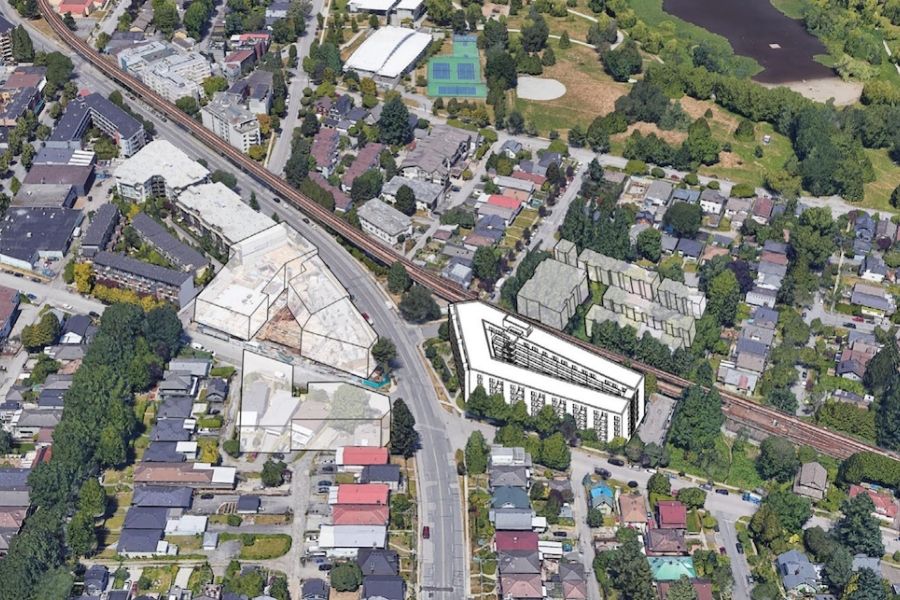 Artist’s rendition of where Vienna House is expected to lie.

The core ethos of Vienna House is one of affordable resiliency. As such, the shell that will adorn the prefabricated hybrid timber core is designed to mitigate the effects of increasingly intense heatwaves when used in conjunction with the structure’s HVAC systems. Smoke filters and ventilators will also be fitted to these systems to account for increasing frequencies of summer wildfires in the region.

Sun shading techniques as well as clever landscaping measures will provide a spot of cooling greenery amidst the central courtyard where residents can relax and congregate while being able to have an outdoor escape. The building itself will also act as a sound barrier coupled with sound masking techniques to cancel out noise pollution from the nearby railway and highway.

Residents will also each have access to communal balconies that look out into the green area. The layout is designed to “create a strong sense of community to overcome loneliness, trauma and health issues” by promoting more interactions versus traditional buildings. Additionally, street units have been organized to better connect with the surrounding neighborhoods. 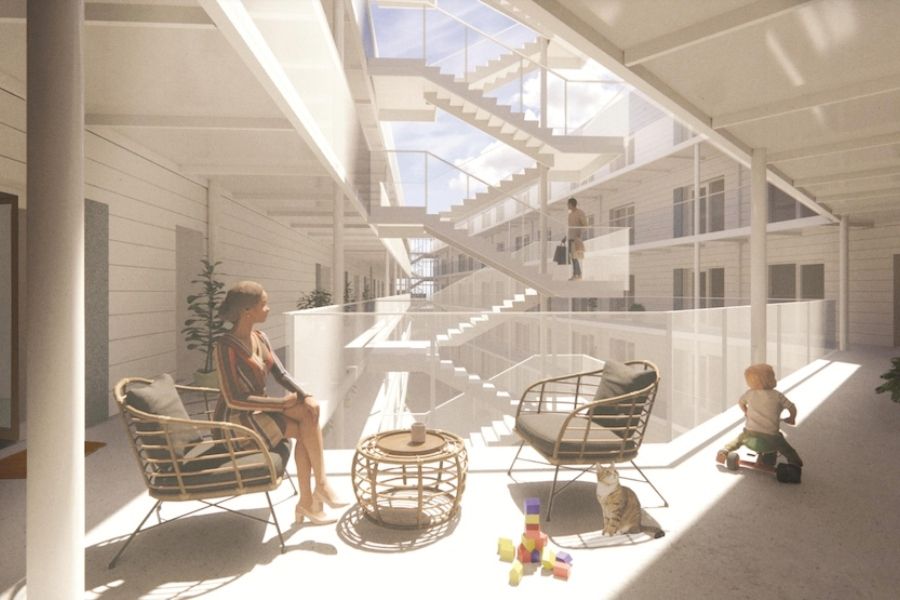 Public Design has also taken careful consideration with regards to natural disasters inherent to the region. The design of the building is such that it is resistant to earthquake damage owing to simple building forms, stacked service core areas and reduced window-to-wall ratios.

Hot water tanks on the rooftop can hold three days-worth of drinkable water that can be gravity fed to residents in the event of water disruption. With further funding, the building could also see a solar array added to charge a backup battery in the event of power outages.

Given the approval processes surrounding the project, it is expected that once plans are greenlit for the final development, construction on Vienna House will begin as early as 2022. 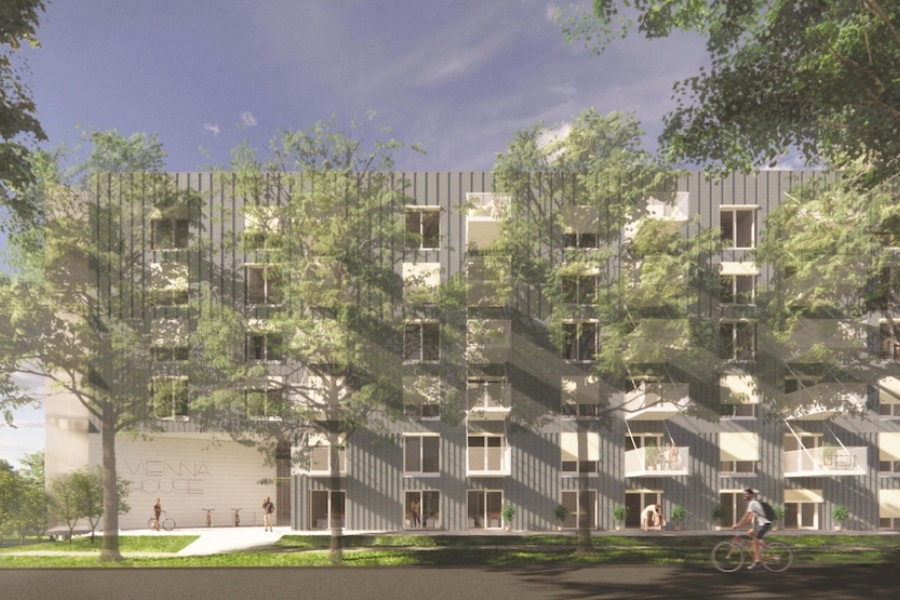