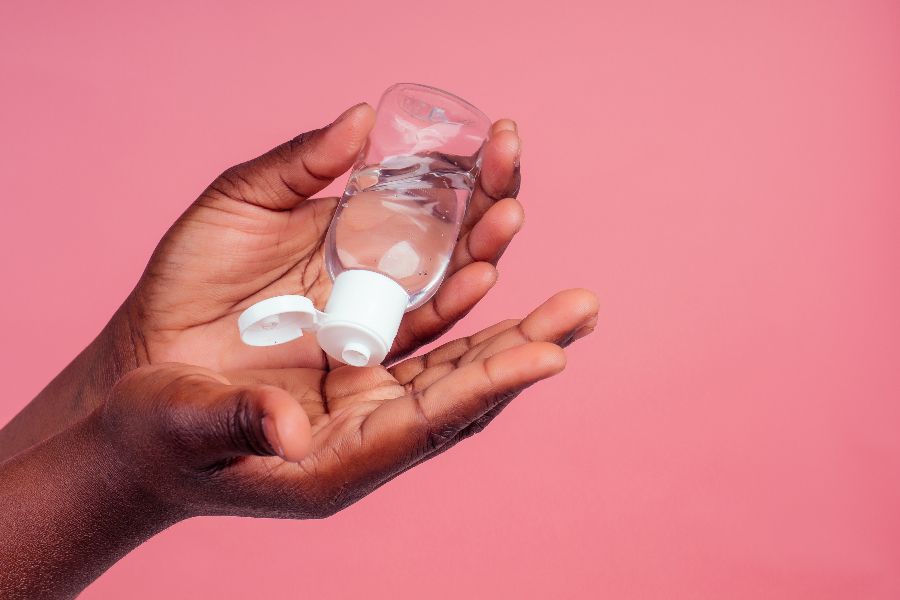 artnaturals' response to the FDA's warnings paints only a small part of the greater picture.
Words by: DesignWell staff

artnaturals' response to the FDA's warnings paints only a small part of the greater picture.
Words by: DesignWell staff

In light of recent FDA guidance, artnaturals, a popular essential oil and haircare brand, have issued a recall their 8-oz scent-free hand sanitizers. But while hand sanitizer recalls have been an unfortunate occurrence since the start of the pandemic, this one raises a significant concern. The products in question were found to contain benzene: a banned manufacturing material, and a well-documented carcinogen in humans.

Though no cases have come forward yet with health issues linked to these products, benzene’s main threat comes through long term exposure through inhalation. As a result, the recall is being done out of an abundance of caution. The products were manufactured back in early May 2020 and feature an expiration date of May 1, 2022. By manufacturing standards, they are rather old.

However, while it may be easy to assume this is a standout case, it isn’t. Back in April, Scentsational Soaps & Candles issued a voluntary recall on their hand sanitizers after it was found they, too, contained benzene in the exact same report artnaturals’ findings were in.

In truth, theinformation that led to this recall have been known about as far back as March.

An Accidental Finding Leads to a Concerning Revelation

It wasn’t until petitioning by Valisure, the pharmaceutical testing lab that had produced the original report, that the FDA released a public warning about the issues with artnaturals’ products, which ultimately led to the current recall. However, the fact that benzene was found in these products at all seems to have happened completely by accident.

According to David Light, CEO of Valisure, it wasn’t until a researcher suggested they added benzene testing to their analytical suite that hand sanitizers began failing tests.

“The toxicity of benzene has been known for over 120 years. It’s directly linked with causing leukemia in humans. It’s a group one carcinogen, it’s at the top of the FDA list of chemicals not to use in manufacturing,” he said in talks with NBC. It wasn’t something they expected they should have to test for.

After discovering this, Valisure tested 260 hand sanitizers in what would ultimately lead to their final report. In it, 44 hand sanitizer products were found to contain benzene.

A Cautionary Tale for Hand Sanitizers

At the start of the pandemic, it was far more common to see these types of recalls being issued. That’s because that, in order to meet pandemic demand for disinfection products, the FDA had allowed manufacturers to make the product with lower-grade ethanol, opening the gates for lower quality products.

Since then, the FDA has kept considerable tally on all hand sanitizer products consumers should avoid. At this point, the list is 250 products long, but most of those advisories came from products containing methanol, another dangerous, though non-carcinogenic, material. The revelation that benzene is in any of these products is entirely new.

When it comes to recalls, though, the FDA can, unfortunately, only advise in this case. Because hand sanitizers are considered over-the-counter drugs, the FDA can’t force a recall the same way it can with more regulated substances. Its main course of action is to notify the public and hopefully pressure the offending company into issuing a recall.

“The FDA itself asks companies to investigate. It’s really up to the company to either do a recall or not and to define the scope of the recall,” Light said.

More information on the specific products being recalled by artnaturals can be found here.

Valisure’s findings, as well as a list of sanitizers found to contain benzene can be found here.