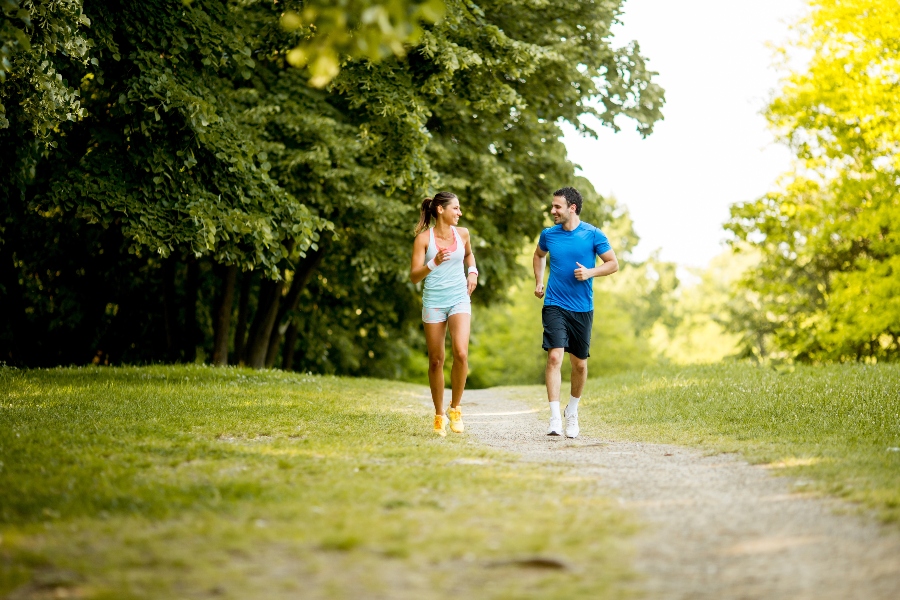 What States Rank the Best for Wellness in the US?

A new study explores how the support and culture surrounding wellness varies between the states.
Words by: Nick Boever • Photos by: BGStock72/Adobe Stock

What States Rank the Best for Wellness in the US?

A new study explores how the support and culture surrounding wellness varies between the states.
Words by: Nick Boever • Photos by: BGStock72/Adobe Stock

Wellness is far more a mainstream topic than it once was. If you’re a regular reader of DesignWell, you should be aware of that. What used to refer to niche experiences is now a catch-all for lifestyles, activities, technology and practices that help promote physical, mental and emotional wellbeing. That idea of holistic health remains, it’s just being applied to basically everything at this point. But have you ever wondered how wellness practices have been progressing throughout the states?

Life Extension recently investigated how states rank in terms of availability and access to elements that help promote wellness, as well as the perceived wellness culture within each state using data from the Centers for Disease Control (CDC), National Park Services, US Census Bureau and google search results for wellness topics in each state.

Scores were then calculated in 11 statistical categories by measuring how much better or worse each state did compared to the national average in each category. These scores were then combined to form the total score, with the higher overall score translating to a better state for wellness.

The Highest and Lowest Ranked Stated for Wellness 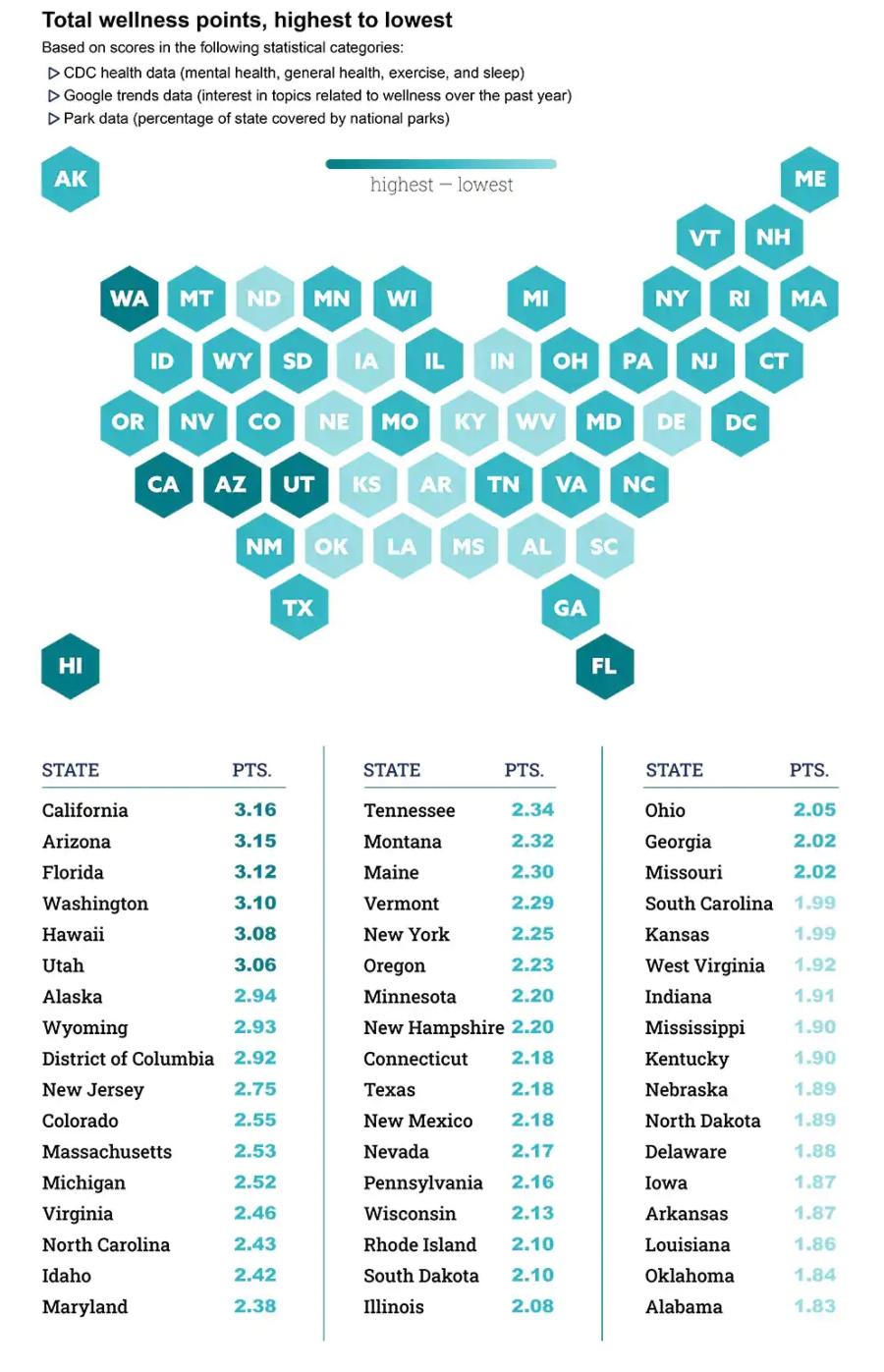 California ranked in as the top state followed by Arizona and Florida, mirroring the popularity of those states for prospective homebuyers (especially within the millennial market). Coincidentally it also plays into the importance sunlight has in one’s overall wellbeing, the sunny days and more temperate weather meaning even during the winter, residents can get outside and be active.

That doesn’t mean they ranked top for every element measured, however. In fact, out of the 11 categories measured, the Midwest was the only region in the US that did not have a state score in the top five or 10 for any of the categories. Here’s a look at some of the top performers in those categories:

The rankings also looked at how much land in each state was being set aside for national parks, since greater access to nature means improved mental and physical outcomes for people. While the District of Columbia comes out on top with 22.1% of its total land being set aside for parks, we do feel it has a bit of an edge for taking up such a small footprint compared to other states. That being said, it still puts a decent chunk of its population within range of some unspoiled nature.

Alaska (15%) and Hawaii (9%) come in behind it, however the fourth on the list ends up being California at 8.2%. Considering the amount of land the state has at its disposal, that certainly makes for a substantial amount that is being set aside for recreational use.

Of course, at the end of the day, it’s impossible to force wellness lifestyles on an individual, so the wellness rating of a state really depends on two factors: the availability of elements that contribute to better wellbeing and the willingness/interest of the population to engage with those elements.

From all appearances, the rankings here are meant to reflect that support at a state level, combined with the demand from the population for wellness elements. Without any access to these resources, its certainly that much harder for the population to partake.

For a more in-depth look at the results, the full list of categories can be viewed here.