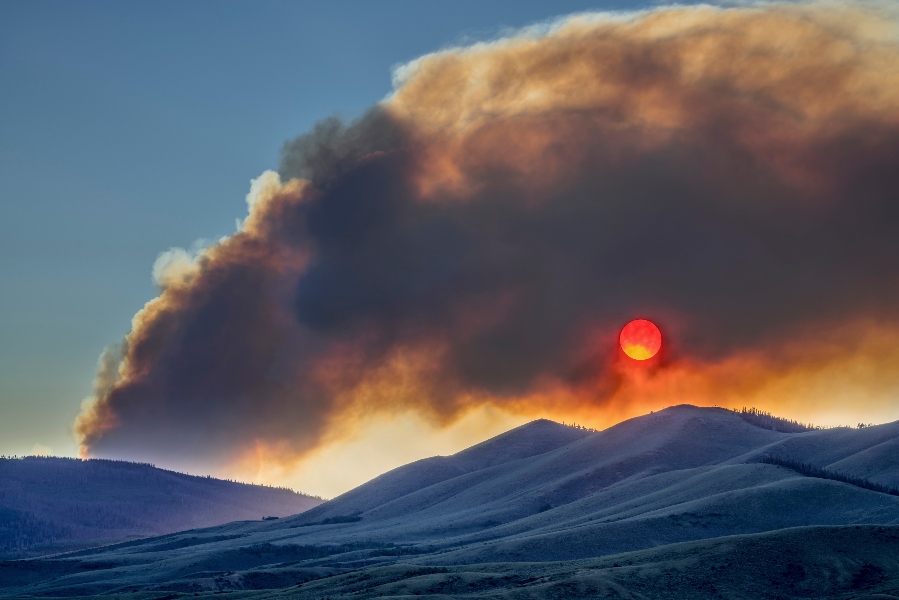 Researchers say a DIY approach to smoke protection across the states simply won't cut it
Words by: Nick Boever • Photos by: MarekPhotoDesign/Adobe Stock

Researchers say a DIY approach to smoke protection across the states simply won't cut it
Words by: Nick Boever • Photos by: MarekPhotoDesign/Adobe Stock

The Western United States has officially entered into the height of its fire season and with it comes a variety of health risks, most notably the wildfire smoke.

For a while, the general guidance was to have residents of the affected regions minimize their exposure by staying indoors, closing windows and letting home filtration systems take care of the rest, but, according to recent research done by Stanford university, the DIY approach has largely been failing across the United States.

The current approach to wildfire safety has the burden placed largely on those affected for whether or not they decide to pursue any mitigation measures. And that’s assuming that DIY measures available to homeowners are even able to cut it which, in many cases, they don’t. According to researchers at Stanford, led by Marshall Burke, Associate Professor of Earth System Science, stated that a more proactive approach by professionals and policymakers is needed to ensure true safety.

The research started by analyzing data from consumer air-pollution monitors in 1,520 single family homes across the US. This was then cross examined with outdoor monitors, cell data, social media posts and Google searches gathered between 2016 and 2020.

Overall, the authors found indoor concentrations of the deadliest particle of pollution, PM 2.5, remained three to four times higher than public health guidelines. They also found that these levels could vary by as much as a factor of 20 between households on heavy smoke days.

“Households that look exactly the same in terms of income, house price, and house size had enormously different indoor air for a given level of outdoor air quality,” said study co-author Sam Heft-Neal, a researcher at the Center on Food Security and the Environment. The culprit, according to researchers, are open doors and windows, poorly sealed buildings and a general lack of filtration in many houses.

Legislators from the affected states have introduced several bills aimed at addressing this, however none have been enacted by the federal government so far. Instead, in the face of immediate threats, Burke believes that shoring up houses with better wildfire protection and the development of smoke shelters for periods of high exposure, is the best route for ensuring the safety of homeowners.

Of course, the study points to better home sealing and the installation of mechanical filtration systems as prime targets in the home. Burke also highlights the importance of residential air quality monitoring moving forward.

“To be able to intervene appropriately, we have to be able to measure things, including what people are exposed to in their home and how they’re behaving,” said Burke.

“We’ve dug ourselves a huge hole in terms of the amount of accumulated dry fuel in our forests. It’s going to require unprecedented levels of investment over a sustained period to reduce fire risk and lower smoke exposures for everyone,” Heft-Neal said. “In the meantime, we have to be prepared for the large wildfires that, unfortunately, we’re going to get. And we have to be ready to deal with the downwind exposures that those wildfires generate.”