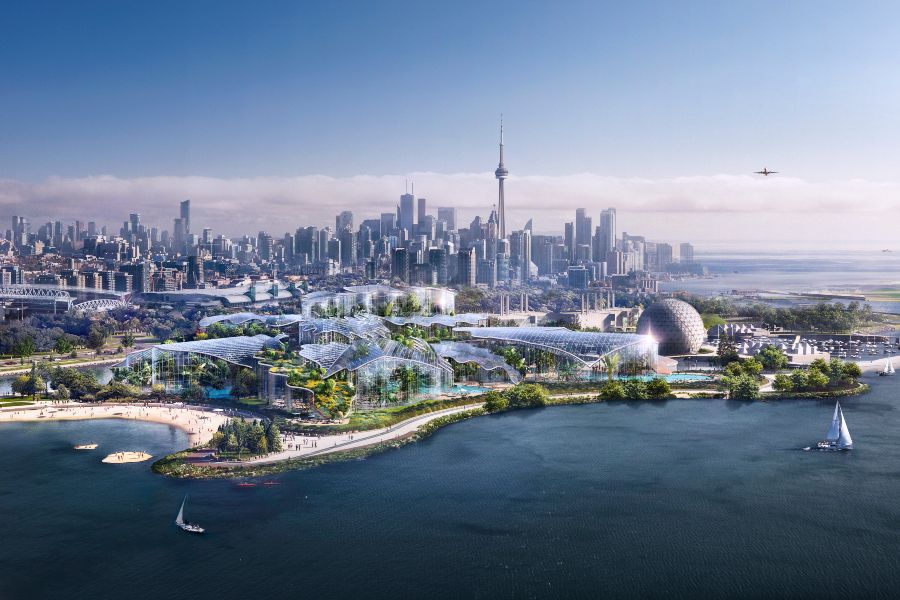 And the creative mind behind New York's High Line park will be manning the development.
Words by: DesignWell staff • Photos by: Therme Group

And the creative mind behind New York's High Line park will be manning the development.
Words by: DesignWell staff • Photos by: Therme Group

In preparation for the North American expansion of its affordable wellbeing centers, Therme Group has announced the appointment of new President and Chief Strategy officer, Robert Hammond, to oversee the development and programming for its United States debut. Therme Group has stated it will initially be targeting a select group of major cities in the United States as locations for its large-scale urban wellbeing centers.

Guided by the principle “wellbeing for all,” the Therme concept combines nature, technology and culture at an affordable price point. Earlier this year, the company announced it will be making its North American debut in Toronto, Canada. Once completed, Therme Canada | Ontario Place is expected to welcome over 20,000 visitors a day, promoting new accessibility to the waterfront and developing cultural and art partnerships reflective of the community.

“Access to nature and relaxation are the keys to mental wellbeing and physical health,” said Robert Hammond, President and Chief Strategy Officer of Therme NA. “As someone who understands firsthand the healing power of nature and the importance of mindfulness, I believe everyone needs a place where they can comfortably and affordably reconnect with themselves, nature, and the environment around them. My entire career I have been inspired by the power of innovative urban design, wellness, nature, art, and community-building, and Therme is an exciting opportunity to bring these passions together in multiple cities across North America.”

Hammond will join Therme April 2022, after serving two decades as Co-Founder and Executive Director of Friends of the High Line, an urban transformation project that saw an abandoned rail line become one of the most beloved public spaces in the United States.

Since starting the project, Hammond has helped oversee a vibrant public art program and popular community programming while promoting and leading multiple community and advocacy groups. The Highline Network, which Hammond also created, continues to help inspire and aid adaptive reuse projects around the world by connecting leaders with one another.

His work on the High Line helped earn him the Vincent Scully Prize, the Rome Prize by the American Academy in Rome, and the Rockefeller Foundation’s Jane Jacobs Medal. He is also co-producer of the film “Citizen Jane: Battle for the City,” a documentary film on community design advocate Jane Jacobs, which premiered at the 2016 Toronto International Film Festival.

In joining Therme NA, Hammond will be accompanied by Executive Chairman John H. Alschuler, who founded HR&A Advisors and currently serves as its board chair. Having worked together with Hammond on the High Line, the two will combine their deep passion for investing in communities, revitalizing the public realm, and forging impactful relationships with stakeholders for Therme’s future endeavors.

“Given Robert’s experience revitalizing overlooked spaces into critical pieces of civic infrastructure, we’re thrilled that he will bring his visionary approach to Therme,” said Alschuler. “Robert’s stewardship in creating experiences that people across the world are excited to participate in is a testament to his ability to connect communities to our urban environment. As the world emerges from the last 18 months of isolation and virtual connections, we’re eager to bring the accessible, affordable experience that Therme offers to our corner of the world.”