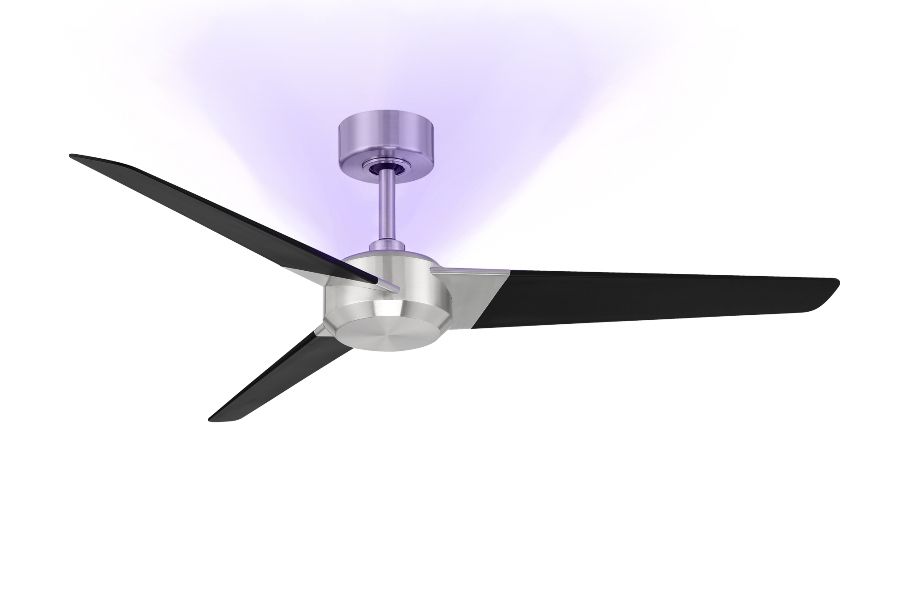 Following independent testing of its ULTRA Smart Fan, Modern Forms is pleased to announce that its product is now proven to reduce the SARS COV-2 virus (which causes Covid-19 and its variants) and Influenza A (known to have caused flu pandemics). The results come from Innovative Bioanalysis, an independent CAP and CLIA-accredited lab, which tested the UV-C technology behind the fan.

The testing conducted on the ULTRA fan, with the UV-C module enabled and fan operating in the standard forward rotation at the highest speed setting, showed a reduction of 99.99% of active SARS-CoV-2 and 99.77% of Influenza A viruses in the breathable air space after 30 and 45 minutes of operation of the system in a test room, respectively.

ULTRA Smart Fan Reduces Viral Particles by up to 99.99%

A unique combination of smart ceiling fan and air disinfection unit, the ULTRA Smart Fan uses a patented system that combines an Ultraviolet-C (UV-C) radiating LED module with an air-circulating fan to decrease airborne pathogens in breathable air spaces. The fan itself boasts an upscale aesthetic and measures in at 54” diameter with an estimated airflow of 5200 CFMs with a 17-degree blade pitch.

The company also notes that the Energy Star-rated ULTRA uses a powerful DC motor to assist in continual circulation of air while keeping operations smooth, quiet and 70% more efficient than traditional AC fans. Modern Forms also states that users can more deftly control and automate the fan through the app over Wi-Fi to create schedules based around spatial needs, and can even be incorporated into more complex smart home setups for extra added control.

Additionally, the company says that the ULTRA Smart Ceiling Fan is affordably priced for homes, businesses, and institutional clients alike and easy to install, operate, and maintain, with the protective quartz glass above the UV-C Module is designed to make dusting or wipe down easy.