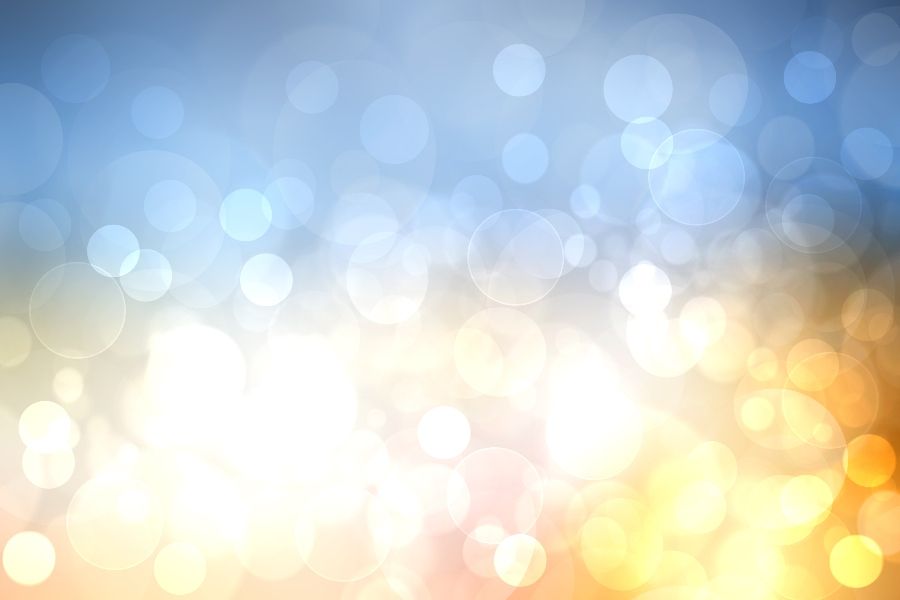 Nichia’s own product combines cyan-colored Azure LEDs alongside the company’s award-winning H6 LED family and, as a result operate in a range between 2700K and 10000K, where most standard LEDs cap out at 6000K. Tests were carried out on approximately 35 subjects, measuring effectiveness of alertness, attention and relaxation at 2700K, 4000K and 6000K in standard models and 2700K, 6000K and 10000K for Dynasolis. All LEDs in the study had a Color Rendering Index (CRI) of at least 83. 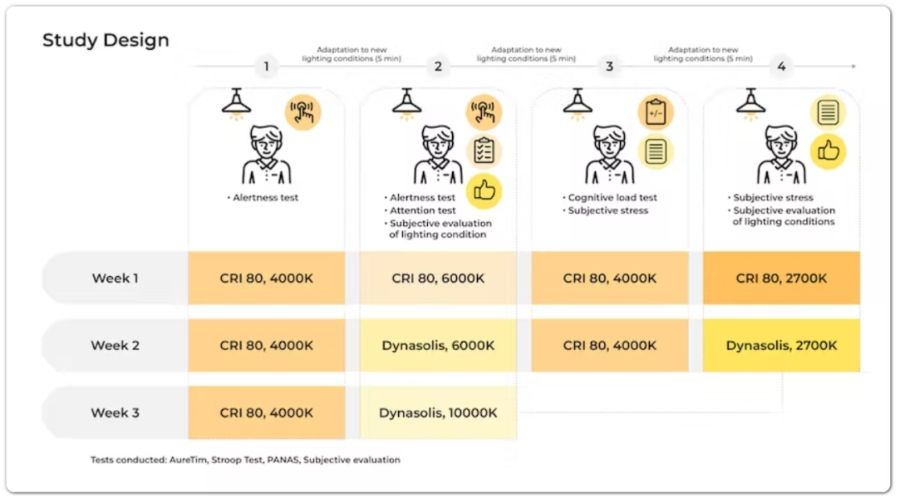 An overview of the study’s design. (Diagram courtesy of Nichia)

For attention testing, participants had to read and report on different conflicting tests (such as the word ‘green’ being written in red) while exposed to different color temperatures of light.  When conducted under the Dynasolis 6000K solution, testers reported a greater level of awareness in subjects compared to similar color temperatures with no cyan. Subjects also responded faster while under 10000K color temperature.

In alertness testing, researchers found that increasing the color temperature resulted in a direct increase in response time, however, no measurable difference was recorded with the presence of cyan lighting. Relaxation tests had similar results—a lack of variability in responses to either light type—but a marked increase in relaxation whenever the color temperature was lowered. For instance, an individual under a 2700K light was able to relax more than someone under a 4000K light.

As part of the test, subjects were placed in rooms and allowed to acclimate to the color temperature of the light for five minutes before being place under stress with cognitive tasks for seven. This stress level was then determined with a PANAS (Positive and Negative Affect Schedule) Test.

A unique element of the Dynasolis solution, the IBP found, was its melanopic illuminance tunability, or, the ability to tune the intensity of light that directly affects the circadian response, made possible through its inclusion of cyan wavelengths. This, the institute found, was likely what helped the solution perform better in alertness testing compared to other LEDs.

Combined with the other functional aspects of the solution for alertness and relaxation, the findings put forward by the IBP recognize Dynasolis as having strong potential in HCL applications.

“The results of the Fraunhofer Institute IBP’s tests confirm the goals we had when we developed the Dynasolis™ solution,” said Ulf Meiners, Managing Director of Nichia Europe.

For more information on the study’s findings, Nichia’s White Paper on the subject can be viewed here.
Technology