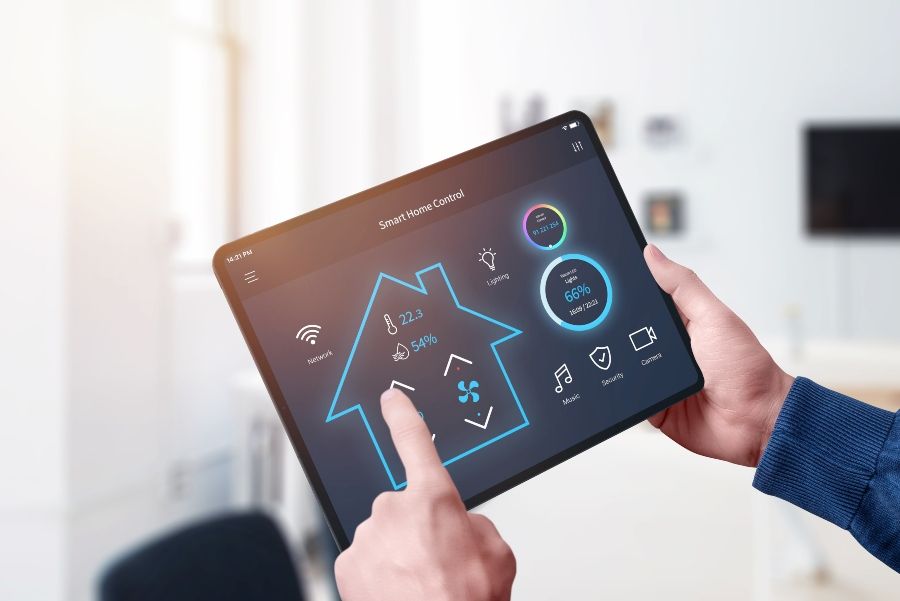 Smart Home Upgrades Grow to Focus on Comfort and Safety

The residential integration channel has come a long way since its beginnings, and consumer buying patterns show it.
Words by: Nick Boever • Photos by: Stanisic Vladimir/Adobe Stock

Smart Home Upgrades Grow to Focus on Comfort and Safety

The residential integration channel has come a long way since its beginnings, and consumer buying patterns show it.
Words by: Nick Boever • Photos by: Stanisic Vladimir/Adobe Stock

I think it’s safe to say that we’re at a point where it’s easier to describe what smart home technology can’t do versus what it can do. We have come so far from the integration channel’s beginnings in home theaters and sound system installations that it’s honestly impressive to look back on today. Now, residential integration experts have become about as common as interior designers on home improvement projects, and that presence isn’t expected to diminish any time soon.

The focus, however, couldn’t be further from the industry’s formative beginnings. With greater variety in smart home upgrades opening access to a wider variety of consumers, it only makes sense that project types would shift in response to consumer demand. It’s like Amazon starting as a book seller, with books now not even being one of the top selling categories of the site.

Nowadays, homeowners are more focused on improving health and safety, and there is no shortage of smart home upgrades that help contribute to this. According to a recent survey conducted by House Digest comfort and security are at the top of mind for roughly 69% of all homeowners eyeing smart home upgrades.

Of course, no one is saying a nice home theater experience can’t be relaxing after a long day. The focus, however, is more on upgrades that can create and maintain an ever-present comfort in the home.

Smart Lighting, Heating and Security Prioritized the Most

In its survey, Home Digest sought the opinions of around 700 homeowners to see what they were eying for their home’s first smart upgrade. Sitting at the top, smart security systems were the focus of about 27% of the respondents.

Interestingly enough, an earlier survey with Mortgage Cadence found that homeowners were also most concerned with smart security systems getting hacked. The benefits, though, far outweighed the concerns. In that same survey, 27% of its respondents (from a pool of about 900) said they couldn’t live without their security systems, mirroring the response here.

Smart lighting and thermostats fell into the second and third slots for most desired upgrades, coming in at 23% and 19% respectively. While energy efficiency plays a small role in their appeal, the biggest draw by far is the ability to set preferred scenes and schedules that can then be automated to create an ideal living environment throughout the day.

Smart tech revolving around cooking and entertainment then falls at the bottom of homeowner priorities in the survey. Only 12% of respondents said that a smart kitchen appliance was at the top of their list while television and sound systems landed at 11% and 8% respectively.

Could These Plans Soon Become a Reality?

Given the stresses of recent events, from the pandemic fears to current economic securities, it makes sense that consumer interests have moved towards investments that safeguard health, maximize comfort and protect vital investments (i.e. the home). That latter makes even more sense considering how certain smart home upgrades can even potentially increase the value of a home.

As it was at the beginning of the pandemic, current sky-high mortgage rates are driving many to put moving plans on hold, which, as many experts are seeing, has once again put a focus on renovations and remodels. The release of new climate bill provisions has even made the concept of retrofits more salient for homeowners looking to make high tech upgrades.

This, experts are saying, could put professionals in a situation like the beginning of the pandemic, where new build opportunities may stall, but home improvement projects could pick up once more. Only this time, the driving force behind these improvement projects has a high potential to be more technologically focused than before.

With that in mind, there’s a good chance that these plans are far more likely to be acted upon in the coming months, should current housing pressures persist.