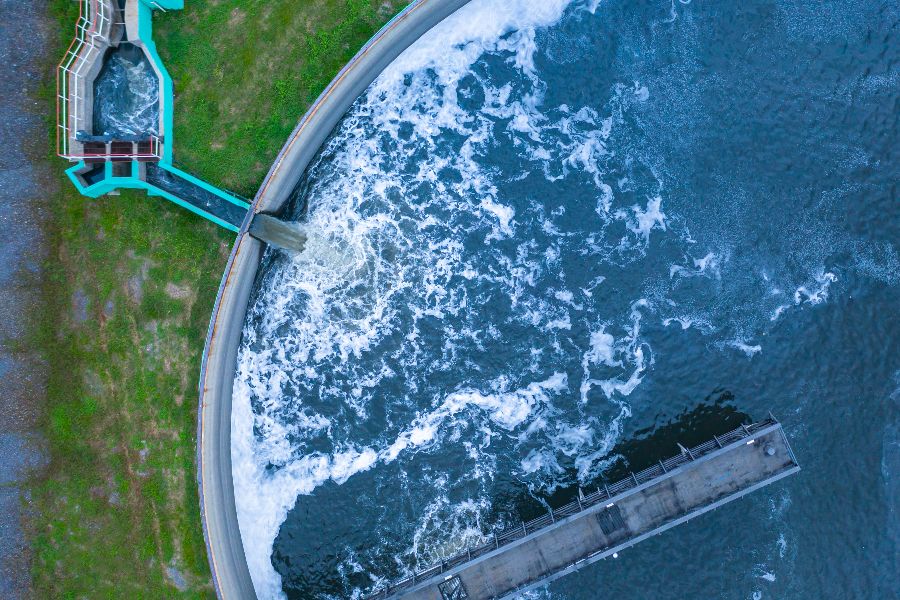 A Quick Look Into Water Recycling in Singapore

With an astounding 40% of wastewater being recycled for the city-state, they’re still striving for even greater efficiency.
Words by: DesignWell staff • Photos by: Kalyakan/stock.adobe.com

A Quick Look Into Water Recycling in Singapore

With an astounding 40% of wastewater being recycled for the city-state, they’re still striving for even greater efficiency.
Words by: DesignWell staff • Photos by: Kalyakan/stock.adobe.com

Many regions across the United States have experienced firsthand the importance of managing water resources in the face of climate change. And this year has certainly risen public awareness of this. However, elsewhere in the world, there are locations where water management takes on a new meaning. Take Singapore, for instance where 40% of wastewater is refined through water recycling programs, with the city-state continuing to push for greater numbers, according to Euronews.

The island nation has always had limited natural resources, and so they have had to rely on heavy recycling programs as well as water supplies from neighboring countries. However, in a push for greater self sufficiency and sustainability, the nation is seeking to design an advanced water recycling system.

Ensuring Not a Single Drop of Water is Wasted

“Our water management strategy consists of three parts: first is to collect every drop of water, two, reuse endlessly, and thirdly is to turn seawater into drinking water, which is desalination,” Low Pei Chin, chief engineer of the Public Utilities Board’s water reclamation department, told AFP. 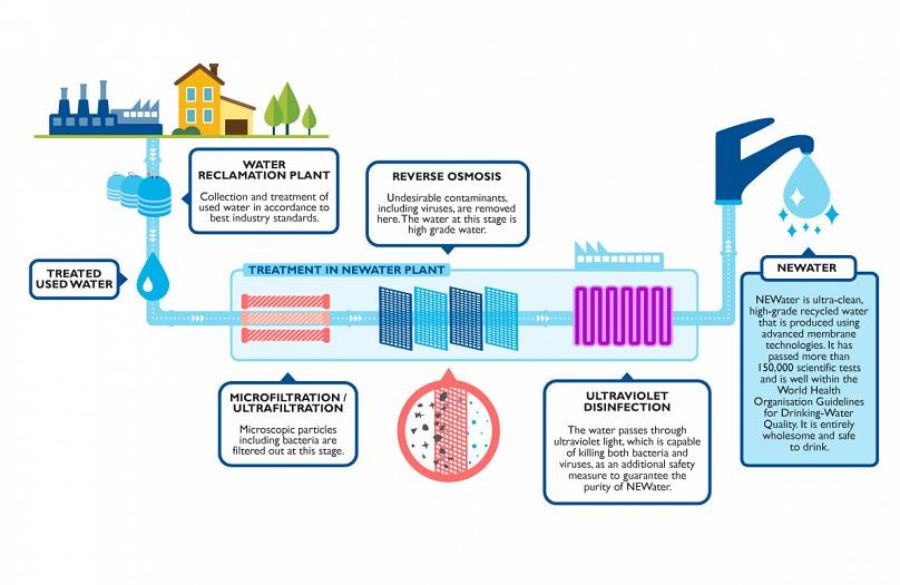 This is strategy that is integral to the design of the Changi Water Reclamation Plant currently operating on the city’s eastern coast. An architectural maze of pipes, tanks and filtration systems, the plant can process up to 900 million liters of used water a day.

There, below the earth’s surface, wastewater is fed through massive tunnels where the water is treated through advanced filtration processes and disinfected with ultraviolet rays.

By 2060, NEWater plants are expected to meet up to 55% of Singapore’s water demand. While most of it is to be reused for industrial purposes, some of it is able to be reintroduced to drinking water supplies for the population of 5.7 million people.

In addition, the system also reduces pollution introduces to the sea since only a small amount of the treated water gets discharged into the sea, compared to the 80% of wastewater that flows back into the ecosystem with little to no treatment, according to UN estimates.