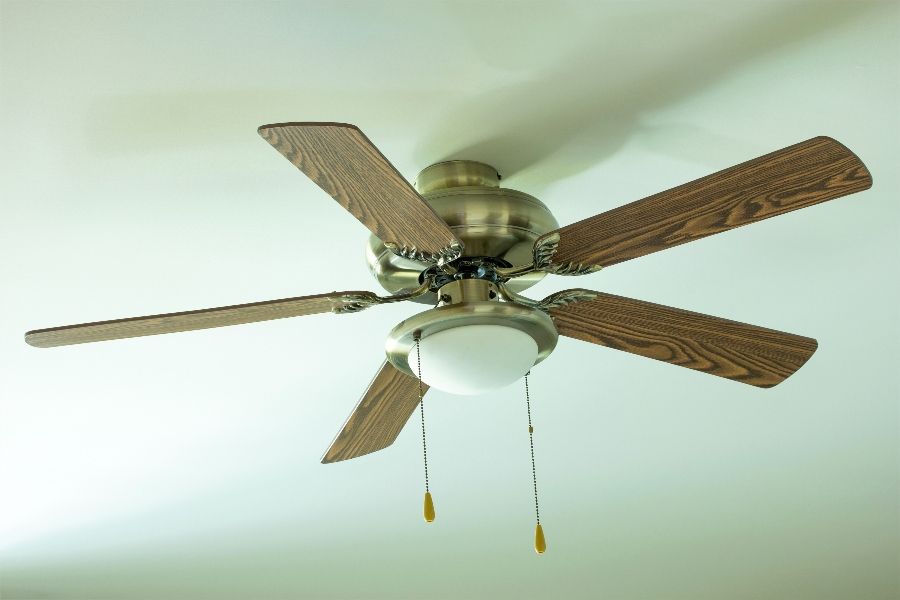 This Oft-Overlooked Fixture Could Be Big in Wellness Lighting Designs

Thermostatic, voice and color temperature control are all key features that these devices bring to the table.
Words by: Jason Knott • Photos by: aopsan/stock.adobe.com

This Oft-Overlooked Fixture Could Be Big in Wellness Lighting Designs

Thermostatic, voice and color temperature control are all key features that these devices bring to the table.
Words by: Jason Knott • Photos by: aopsan/stock.adobe.com

Just as the role of lighting in personal wellbeing has ramped up over the years, lighting fixtures have quickly become one of the hottest product categories for integrators to install. However, in all the talk with architectural, downlighting and other variations of lighting, there is one fixture that is often forgotten that brings a multifaceted approach to wellness to the table: a smart ceiling fan. Every year in the United States, 12 million ceiling fans are sold, and smart home control manufacturer Olibra thinks the time is right for these to become a part of integrators’ portfolios.

The company recently conducted its annual survey analyzing the desired features of more than 100,000 ceiling fan users of all major brands on the company’s Bond IoT platform. According to the results, voice control is a major reason for users wanting to add smart ceiling fans to their home. Other important elements include human-centric lighting control, Wi-Fi connectivity and energy management feedback. 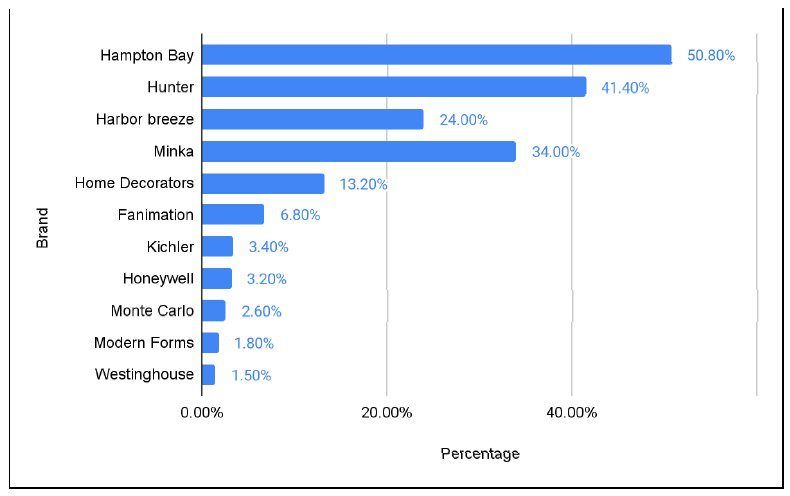 In all, there are more than 30 smart ceiling fan brands.

Every year, Olibra uses the study to learn from end users about their preferences and incorporate their needs into new product designs, and 2021 was once again a year of tremendous growth in the space. More brands and more end users embraced having units with embedded connectivity.

In all, users identified more than 30 brands they have in their homes, with Olibra currently working with most of the identified brand names.  Hampton Bay, Hunter and Minka are the top three brands of smart ceiling fans. 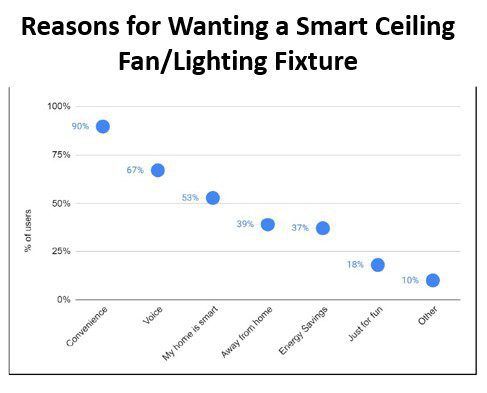 About half of all ceiling fans sold in the U.S. are below an average price of $145. Most of the lower cost ceiling fans are sold in big box retailers vs. the more expensive ones sold through lighting stores and showrooms. It means that price sensitivity influences most ceiling fans.

In 2021, there was a clear increase in the willingness to pay for smart features by users. Indeed, according to the research, nearly double the percentage of respondents (84%) said they were willing to pay between $40 and $99 to add Wi-Fi connectivity to a ceiling fan compared with 44% in 2020. The willingness to pay above $100 for connectivity also increased in 2021 relative to 2020.

Olibra speculates that the strong increase in the desire for Wi-Fi-connected smart ceiling fans is likely related to the increase in consumers’ appetites overall during the pandemic for wireless connectivity to all IoT devices in the home.

Many IoT platforms powering home appliances are cloud first, meaning the device cannot operate without internet connectivity. This approach reduces the development cost of such a platform, but opens many issues related to privacy, security and reliability, according to the study.

Olibra survey respondents sent a very clear signal about the need to have a local control through Wi-Fi and phone apps. Users want to enjoy the benefits of smart home but without the strings attached to always having cloud connectivity.

The data also clearly shows a strong consumer attitude toward registering the product through an app. Users look for convenience and, at the same time, value registering their product automatically when they turn their ceiling fan on. Offering product registration in the app can be a differentiator for a fan manufacturer. This brings value to the user and can be used as a marketing tool and data analysis for product development with end-user consent. 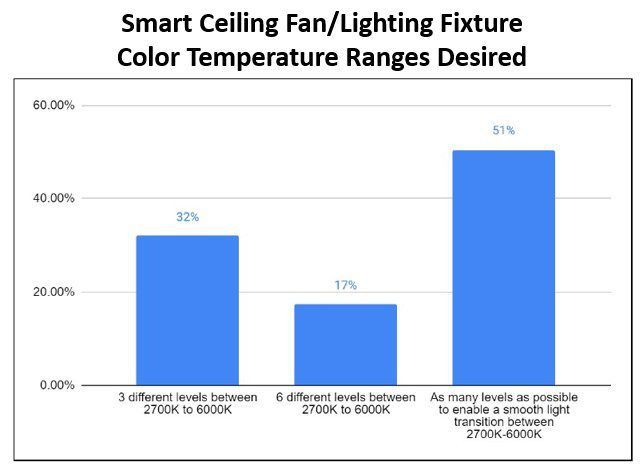 Many ceiling manufacturers are also launching fans with Correlated Color Temperature (CCT) controls that range from mimicking daylight hues to bright white. The motivation behind the feature is to allow a ceiling fan that is centrally located in a room with additional ceiling lights to match the color of the other lights from the ceilings. There is also a wellness factor related to CCT when coupled with smart lighting control, which is also growing fast.

According to the survey, users have a strong preference for as much control as possible of the color temperature of their ceiling fan with more than half (51%) reporting they want their ceiling fan lights to be controllable with “as many light levels as possible” between 2700 Kelvin and 6000 Kelvin. That is hard to achieve with a remote, but it naturally lends itself to a ceiling fan controlled by voice, an app or third-party control system. This preference toward CCT control granularity could be driven by granularity of CCT control enabled by smart speakers.

Below is an example for what default utterances Google Assistant is supporting:

Recent media coverage of extreme climate events brought the subject of climate change into the forefront. A smart ceiling fan can be used in conjunction with an air conditioner or instead of an air conditioner and can provide significant energy savings over time. As homes become more connected, end users can get a better handle on their energy usage and adjust their consumption habits accordingly.

A smart fan can easily provide feedback about the energy usage in real time to the end user or directly into a home automation system. Nearly half of end users (46%) are interested in getting energy usage data about their ceiling fan/lighting fixture and use their smart home control systems to manage it and save energy.

Thermostatic control was always an area of interest for users of ceiling fans. As appliances in homes become more connected, users expect better granularity of control and automation. It is true that a ceiling fan is a lighting appliance, but it is also perceived as part of the home HVAC system. And as such, thermostatic control is a real boon for users.

Smart fans can be triggered to respond to a temperature threshold set by another device such as the Nest thermostat. However, most smart thermostats are distributed in the home based on the location and number of HVAC zones. Ceiling fans are not necessarily located in proximity to a home thermostat. According to the study, the desire for thermostatic control is strong, with nearly 70% of consumers deeming it “important” or “very important.” 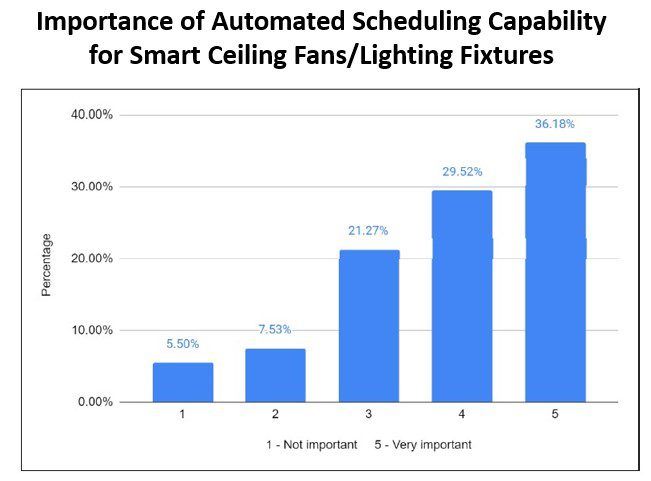 The use case of putting a ceiling fan on a schedule is clear, with 65% of users valuing such an ability. For example, a smart ceiling fan can be programmed to be on until 4:00 a.m. but then stop at that time. Users also take advantage of this feature to set multiple ceiling fans in different rooms on the same schedule. In terms of features, Wi-Fi connectivity is strongly desired, with 65% of users expressing that is “very important.” Only 4% do not think Wi-Fi integration is valuable.

The overall trends that are driving the adoption of smart appliances and smart ceiling fans have not changed significantly between 2020 and 2021. Olibra concludes the survey reinforces the increase in the value that customers get out of using smart fans as homes become more connected and smarter, while also ensuring privacy of their IoT devices. 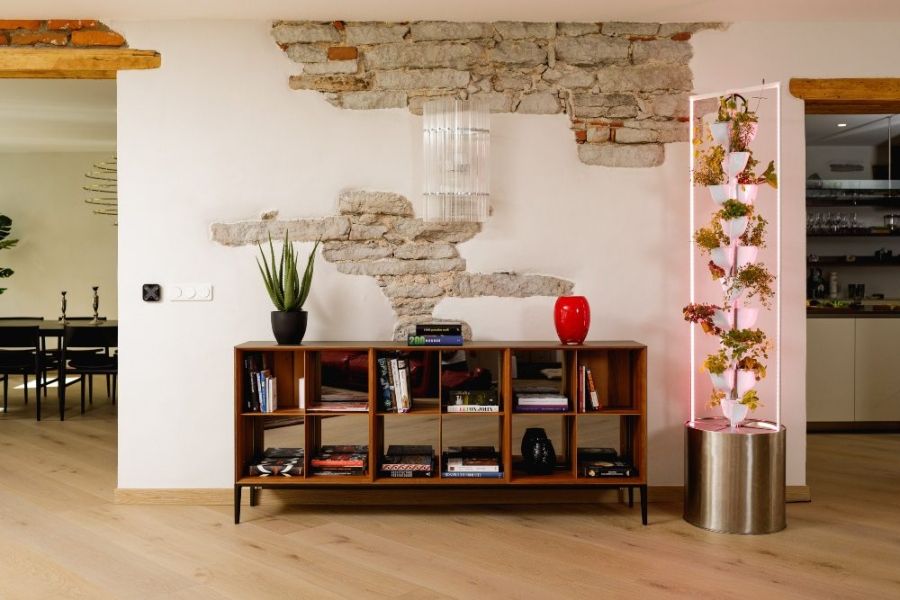 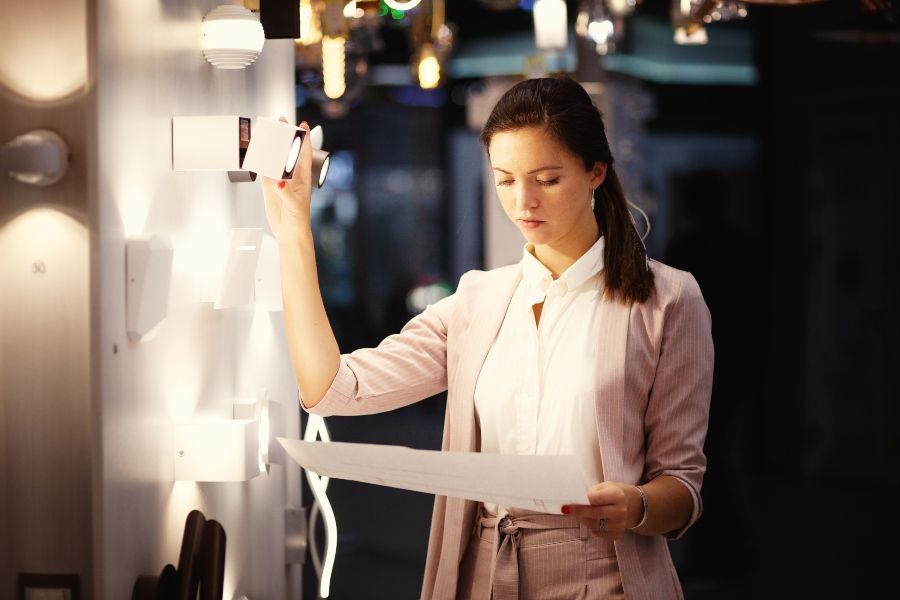 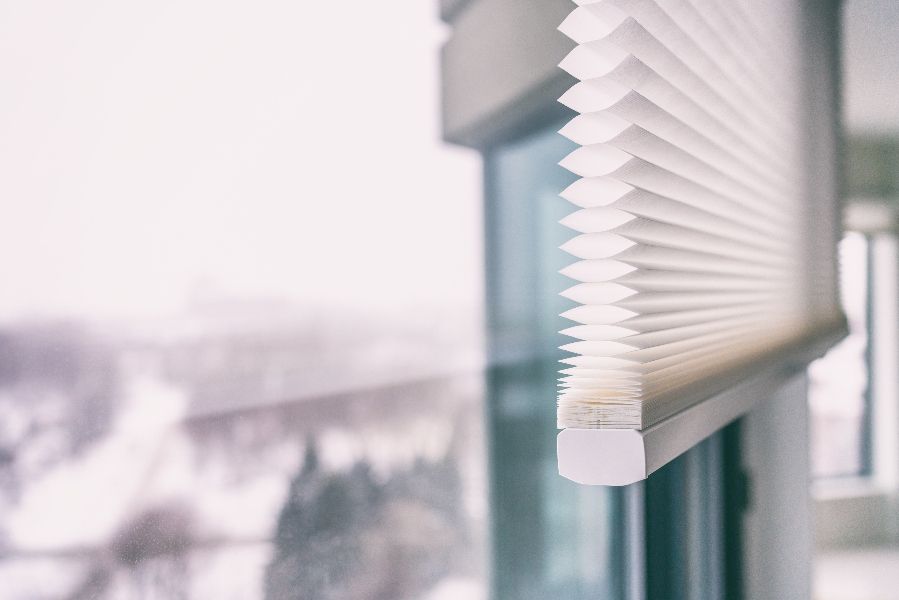 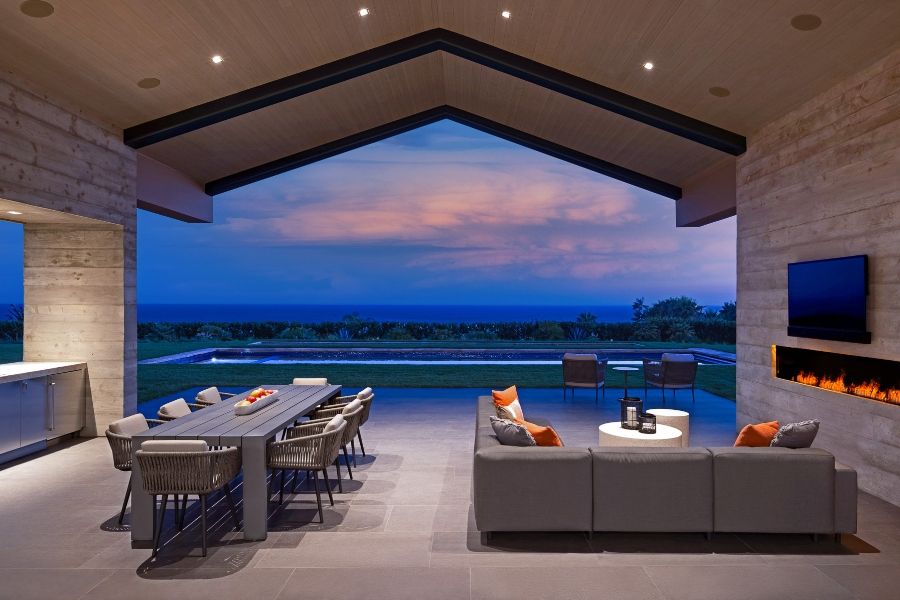