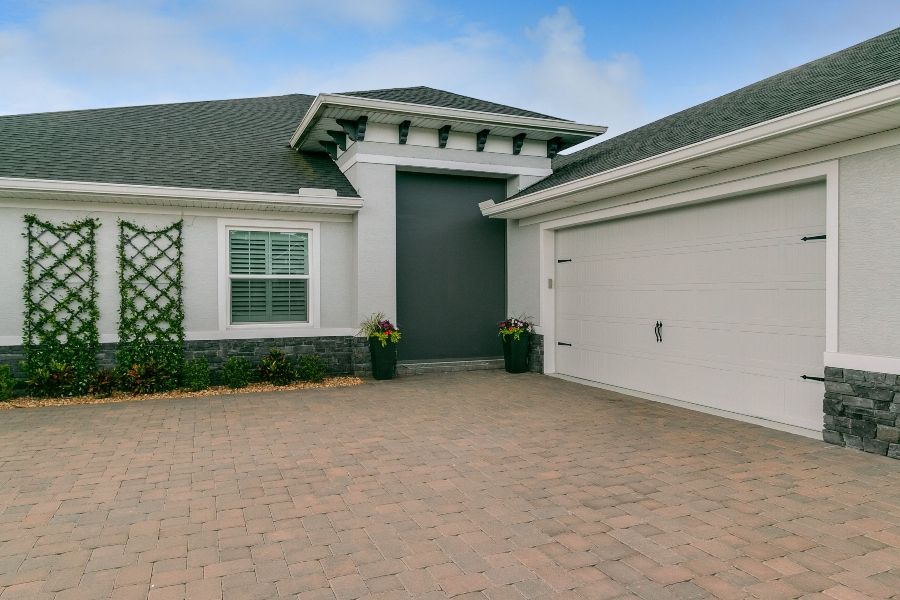 It all began with a single house; a simple desire: create a more seamless transition between a screened-in patio and the outdoor space. When the homeowner contacted the integration team at AVLT Solutions (South Florida) to make the switch to some motorized shading, the team had no idea it would trigger other members of the neighborhood to start thinking about how these solutions could be used to improve their homes. 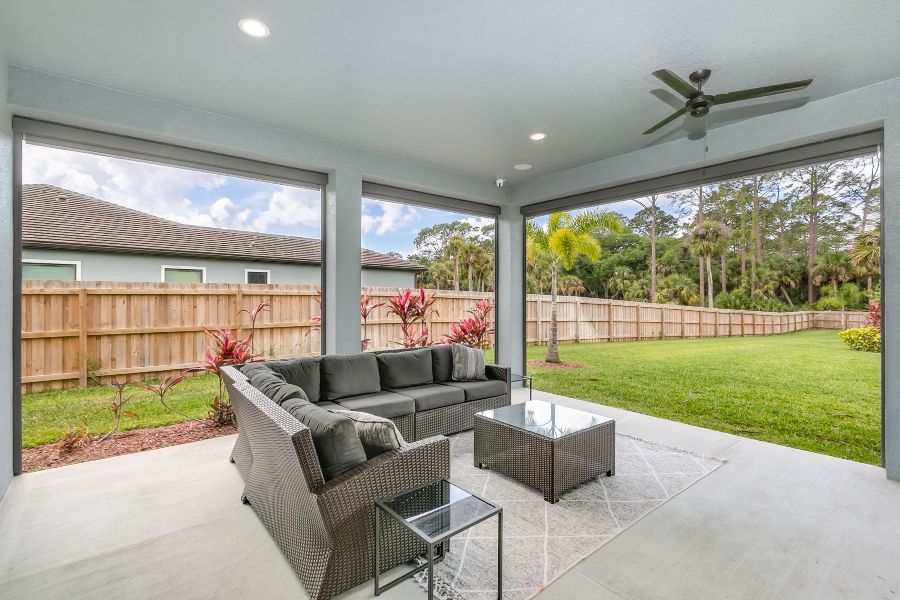 Home #1: Creating a Seamless Connection Between Porch Space and the Outdoors

When AVLT was first called in, it was to swap out a section of screened-in patio with a motorized shade. After a thorough analysis of the existing structure, AVLT came up with their own custom brackets to mount the Zen housing before establishing a few presets (up, down, halfway) for the motor to engage when signaled with a waterproof Somfy remote.

Measuring in at 16-feet-wide, the screen acts almost like a removable wall, with a fabric that allows it to blend in with the other screens on the porch.

“Zen allowed us to create a larger and hands-free doorway that still looks like a natural part of the screened-in porch and is just plain cool,” Tallman says. “The customer loved it so much he told his neighborhood friends, some of which turned into customers.” 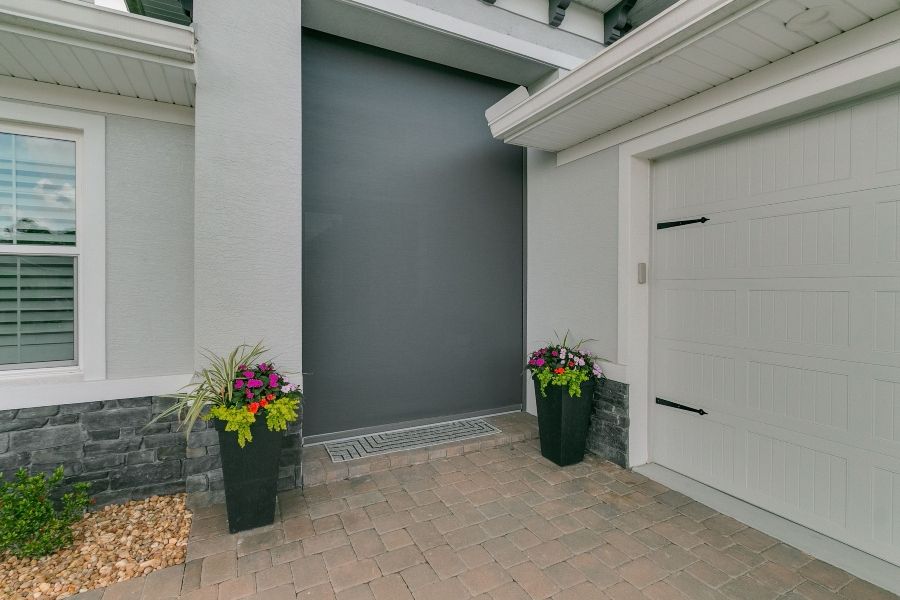 Home #2: Keeping Out the Harsh Sun, But Letting in the Breeze

Throughout the course of the initial project, AVLT managed to catch the eye of the local community.

“We had to do a lot of work to the framing of the enclosure, utilizing a wench to put the components in place, so people were naturally interested in what was going on down the street,” Tallman recalls.

This then prompted one of the initial client’s neighbors to reach out to the team to see how a similar shading system could be added to his front entryway.

“Glass panels on each side of the door were introducing an abundance of sunshine into the house, which the owner wanted to block on occasion,” Tallman relates.

In dealing with such a unique situation, the AVLT team sent a sketch of the doorway to SI. In just a few days, AVLT received a zip track perfectly sized for the doorway to mount the 14-foot tall sheet of fabric that would comprise the screen.

“We killed a lot of birds with one stone on this project,” Tallman says. “A solution that looks and operates better and is sturdier than a conventional screen door, lets in a breeze, blocks the sun when necessary, and can be opened and closed to different presets from a Control4 mobile app or keypad. 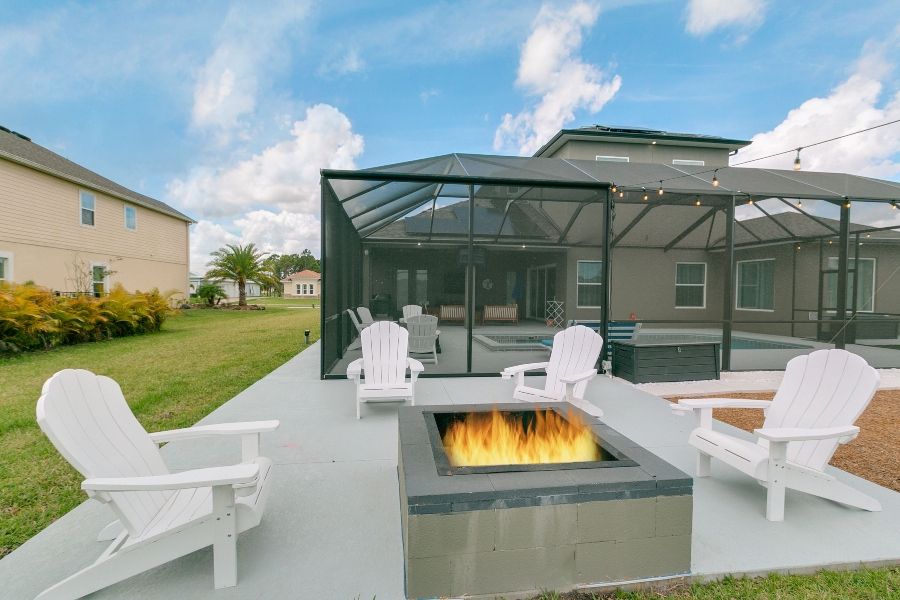 Another pickup from the initial project, the clients here wanted to create a massive outdoor space they could enjoy without the intrusion of insects. Measuring 25-by-15 feet the team at AVLT this time combined the Zen with SI’s No-See-Ums fabric handles to create a simple, yet effective solution.

The owners typically leave the shades down and the sliding glass doors of the house open to allow air from the AC to cool their new enclosed outdoor area, but all it takes is a tap of a button on a Control4 mobile app or touch screen to create an open-air entertainment space or to open only one side to let the dog out.

“Zen allows the owners to enjoy their lanai comfortably year-round, giving them another space to entertain and add valuable square footage to their home,” Tallman says. 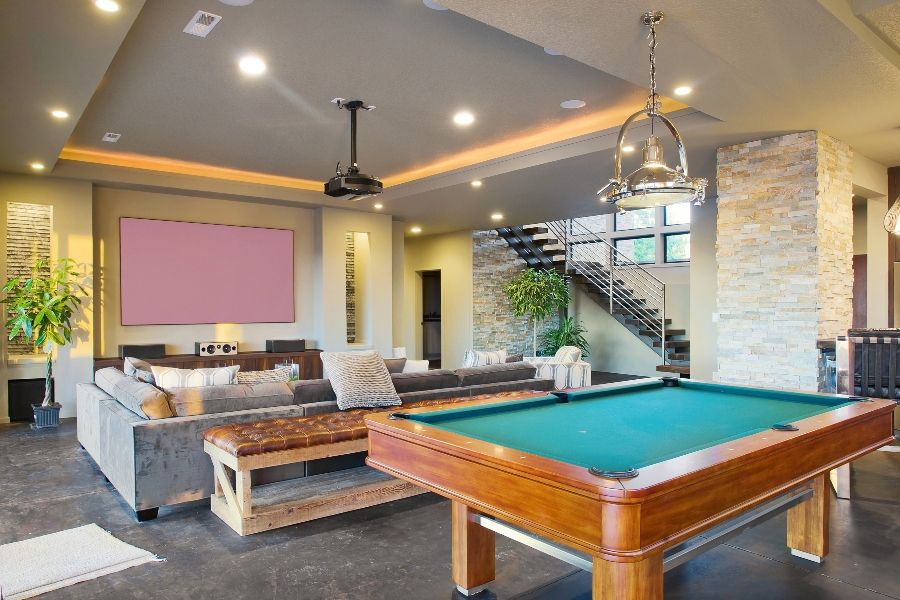 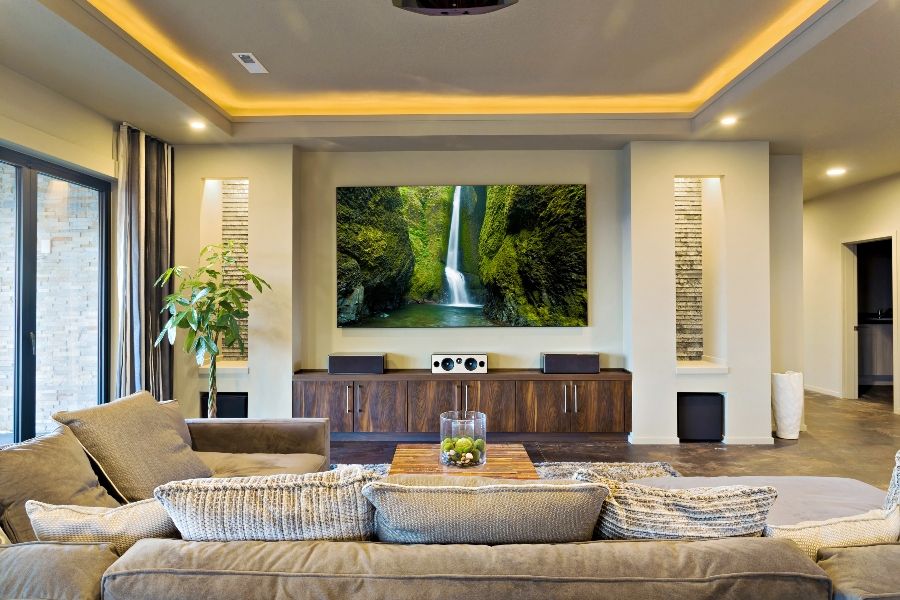 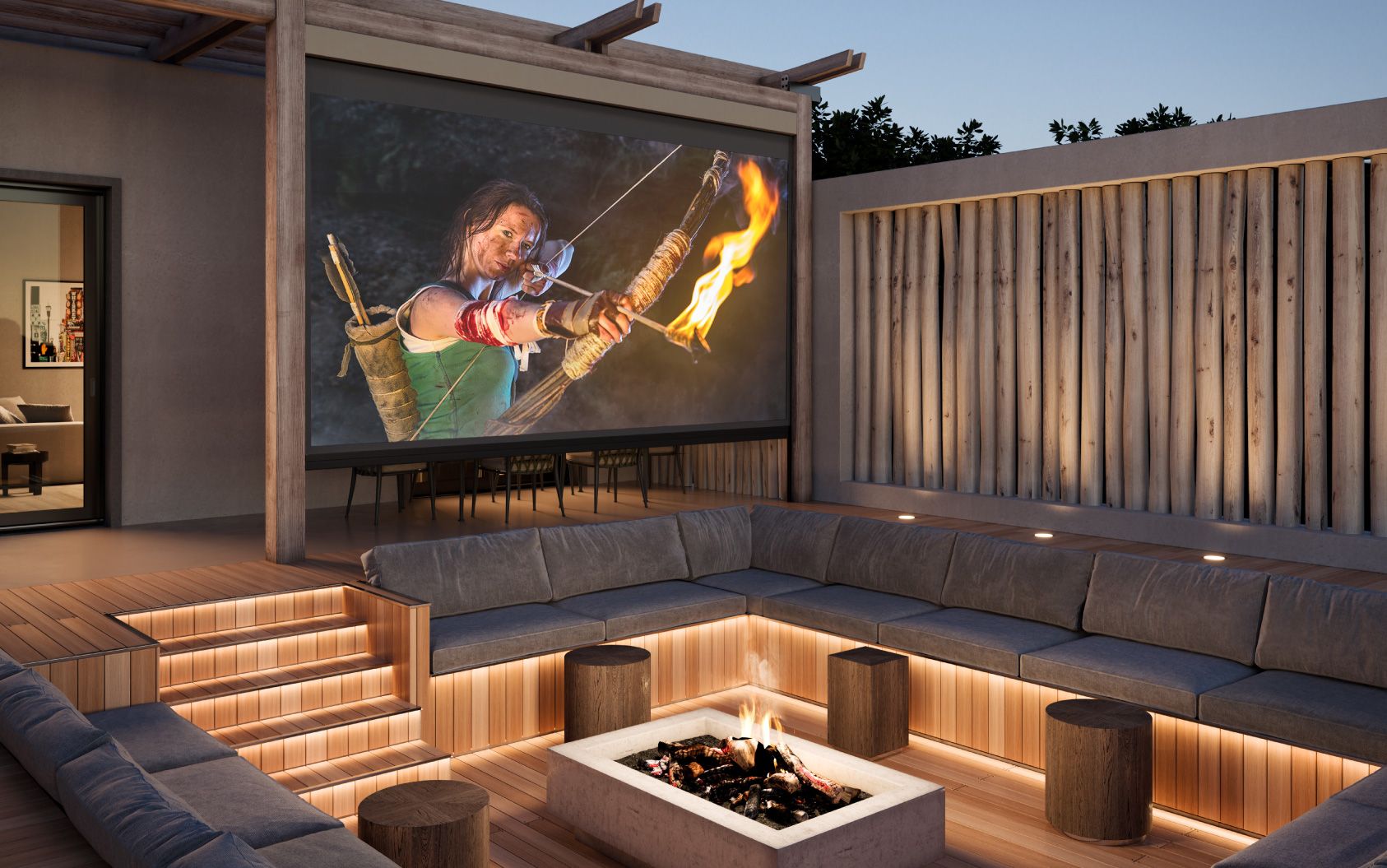 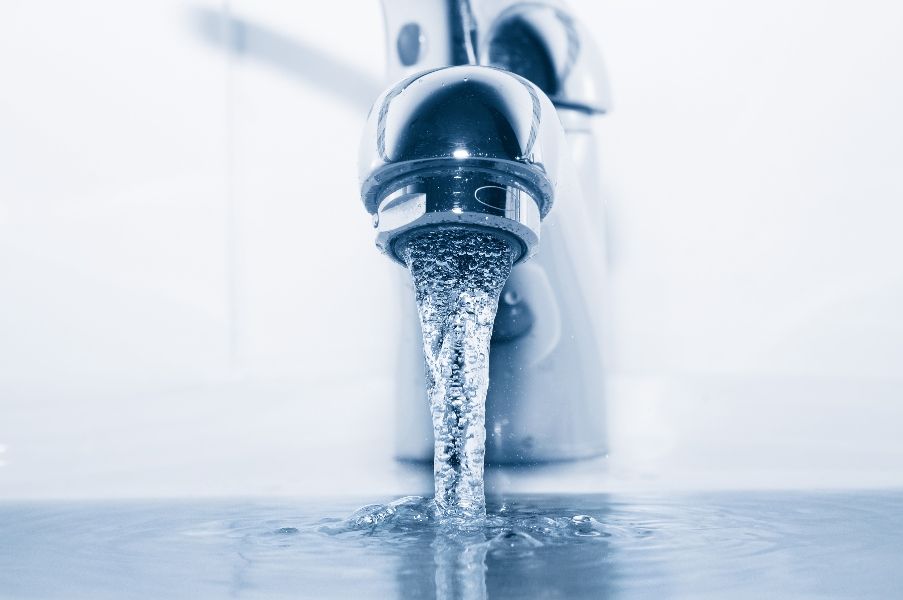 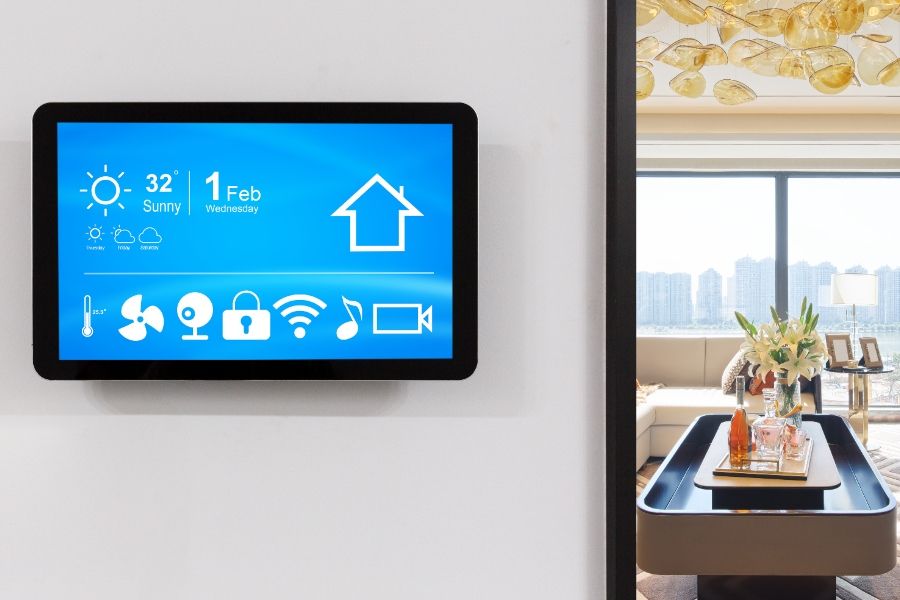