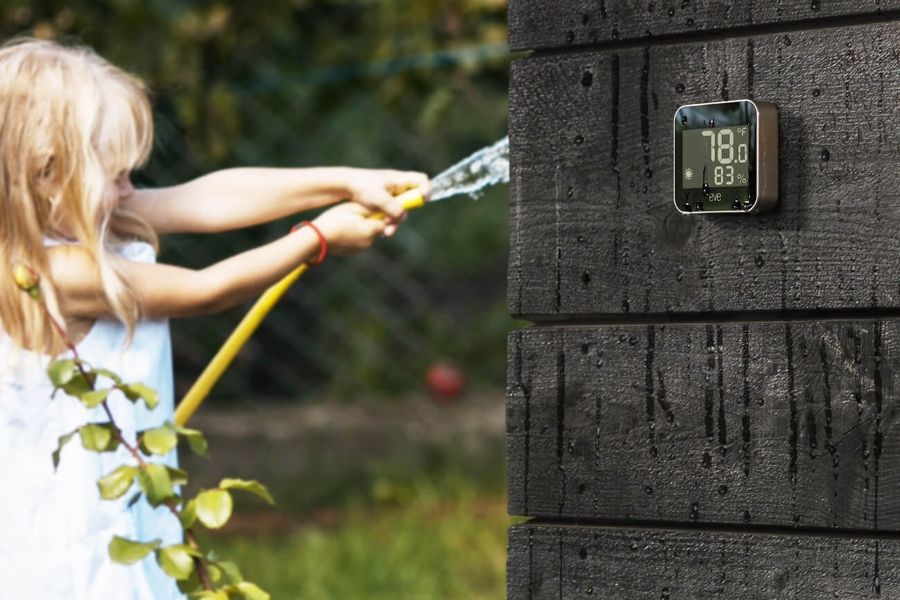 Eve declares much of its portfolio to be Matter-ready. The only thing left to do is wait for the standard's release.

Known for its HomeKit Gadgets, Eve has very big things planned for the smart living space with Matter’s release.
Words by: Nick Boever • Photos by: Eve

Eve declares much of its portfolio to be Matter-ready. The only thing left to do is wait for the standard's release.

Known for its HomeKit Gadgets, Eve has very big things planned for the smart living space with Matter’s release.
Words by: Nick Boever • Photos by: Eve

Eve has been leading the charge for the Matter smart home protocol for a while now, and as its release of June 2022 nears, the company has announced its plans for its own smart home ecosystem leading up to the launch. Long tied to the Apple HomeKit, the manufacturer has announced a series of smart living products aimed to grow its portfolio into water, air and lighting categories.

In an article with The Verge, Jerome Gackel, CEO of Eve Systems, has confirmed gadgets ranging from smart water monitoring systems to hardwired wall switches equipped with motion and luminosity sensors, all of which will be Matter-ready upon release. Products include the Eve Water Guard (smart leak detection), Eve Flare (color tunable smart lamp), Eve Motion (motion and luminosity sensor in one), Eve Light Switch and Eve Motion Blinds (rechargeable smart motor for shading).

These products will join Eve’s already established catalogue of air quality monitors, thermal comfort regulators, weather sensors and smart energy solutions. The company plans to have all existing products upgraded to the Matter protocol by the end of 2022.

Preparing for the Move to Matter

In preparing for the first few months of Matter, Gackle has advised that amateurs and professionals alike be exceptionally scrupulous with products upon Matter’s release. Pulling from Eve’s own timeline, not all products will be fully compatible upon release. As such, it will pay to do research into what can and can’t be done in the early stages. However, Gackle also notes that will change considerably as time progresses.

Long a part of the HomeKit, Gackle is excited for the company to be able to expand its offerings thanks in part to Matter. With its dedication to user privacy and security, Eve has long stayed away from connecting its products to cloud-based systems, however, with Matter’s interoperability protocol being entirely local, the company now has the opportunity to connect with devices like Google and Alexa on a local basis while still adhering to its core values.