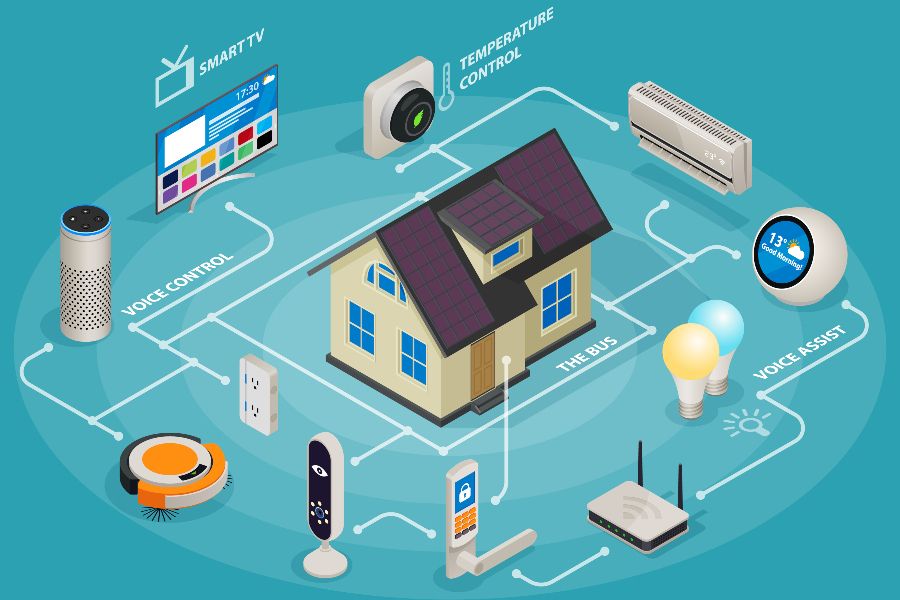 What Does the Matter Protocol Mean for Wellness in the Home?

There’s plenty of hype surrounding the new standard, so we take a look at what professionals can expect.
Words by: Nick Boever • Photos by: ikuvshinov/Adobe Stock

What Does the Matter Protocol Mean for Wellness in the Home?

There’s plenty of hype surrounding the new standard, so we take a look at what professionals can expect.
Words by: Nick Boever • Photos by: ikuvshinov/Adobe Stock

With the launch of Matter there may come a lot of questions, especially if someone hasn’t been keeping up to date with the progression of the standard. With an official launch coming for November 3 2022, manufacturers with Matter-compliant devices are already undergoing the certification process to ensure they’re able to join in on that release date, and start contributing to the smart home everyone has been dreaming about for a long while.

I say this because, while that vision of a fully unified smart home—where EVERY device is able to communicate with one another no matter what—isn’t quite there yet, Matter lays a solid foundation to go a bit further than attempts past.

Simply put, Matter is a smart home interoperability protocol aimed at making smart home devices work better together. Matter does this by having every product that’s Matter compliant communicate with one another through a unified language. If you think about smart home devices nowadays, there a variety of different communication protocols that they can use.

Some extremely common modes of communication are Wi-Fi and Bluetooth, while in the smart home, there are other communication protocols like Z-Wave and Zigbee. Smart home devices are able to easily communicate with one another within these different ‘languages,’ however getting a Z-Wave device to communicate with a Zigbee device can require a bit of extra legwork and complexity outside the expertise of the average homeowner.

Matter is simply another language, but two major elements that make Matter noteworthy is the fact that it’s open-source, meaning anyone can use it, and it’s backed by nearly all of the major smart home manufacturers through the Connectivity Standards Alliance (CSA). The end goal is to make it so making a unified smart home ecosystem is easier and more affordable for professionals and homeowners alike.

How Will it Work?

For users, Matter will streamline the smart home experience by allowing all Matter-compliant devices to be controllable through a singular app or hub. From there, users can then start to set up automations and control every connected device through a secure network.

For professionals, this means that installing and connected smart home devices just got considerably simpler when working on the Matter standard. It also means that smart home professionals can begin to offer more affordable control and home automation with functionality that, while still not quite as robust as comprehensive as systems like Crestron or Control4, can still satisfy customers who might not be able to go the whole nine yards in their budget.

The main consideration, however, is that Matter will operate on the same band as Wi-Fi, opening Matter devices up to the same shortcomings as Wi-Fi. However, many professionals who have been working with Matter say that it’s nothing a Wi-Fi extender can’t fix.

Why is this Big News for Wellness?

At DesignWell, there’s a firm belief that there should be wellness at all market levels, and in the smart home, that can only come with the democratization of technology. After all, there’s no use in calling something ‘human-centric’ if its only ever able to be used by a small percentage of the population.

Matter does something that has been happening for a while now, making the smart home more accessible to the average homeowner while also making it more affordable. However, part of the hype surrounding the standard has to do with the fact that it is so easy for technology manufacturers to implement it, making it more likely it will become a more widely adopted standard compared to protocols past.

With a more accessible and unified smart home, more people will be able to reap the benefits of what a smart home has to offer, from human-centric lighting to highly comfortable environmental control. Greater ease of installation will only further drive the interest and adoption already present in just about every homeowner on the market.

Professionals, meanwhile, will have an incredible opportunity as curators of the smart home experience. Given their extensive knowledge in the industry, and what products can contribute to a better living environment, smart home professionals can leverage their expertise and connections to create more bespoke solutions for entry-level smart home clients.

Homeowners may not have the immediate urge to swap out Z-Wave devices for Matter if they’re already in that ecosystem, but as a new ecosystem moving forward, Matter shows a tremendous amount of promise and opportunity for anyone working in the smart home/wellness space.

This article was last updated 10.24.22 with updated information for the launch of Matter.
Audio/Visual•Design•Technology•Sustainability•Residential•Safety•Indoor Air Quality