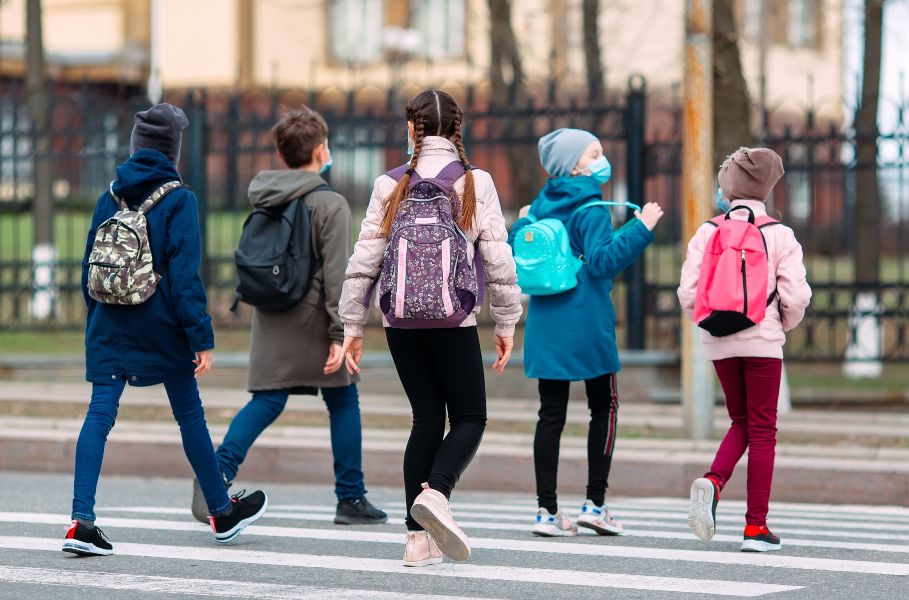 With an increased focus on indoor air quality backed by federal funding, schools should be wary of their purchases.
Words by: DesignWell staff • Photos by: davit85/stock.adobe.com

With an increased focus on indoor air quality backed by federal funding, schools should be wary of their purchases.
Words by: DesignWell staff • Photos by: davit85/stock.adobe.com

Since their doors have reopened, schools have been faced with surging coronavirus cases—even among their students—and with that comes a keen focus from many schools to provide better air quality, hopefully scrubbing viral particles in the process. There is a concern, however, that the rush in purchases is leading to the adoption of unproven air cleaners that could harm those around them through secondary pollution. In particular, experts are centering their concerns around needlepoint bipolar ionizers.

The Issue With Bipolar Ionizers

It would be best to start with how these devices work. By sending positive and negative ions through a duct system, the ions act as magnets, drawing in airborne particles so that they either drop to the ground or allow filters to better trap them.

In tests, they have reportedly achieved 99% viral reduction, but independent testing has shown that they may not be nearly as effective in real-world classroom settings. In fact, one such test found that the purifier released harmful byproducts like ozone

For that reason, many government organizations like the CDC have been advising that facilities pursue ventilation and filtration methods, going on to further say that consumers need to “exercise caution and do their homework” before purchasing needlepoint bipolar ionizers and similar air cleaners.

That, however, hasn’t stopped these products from being purchased for use in schools.

A Lack of Regulation Surrounding the Technology

The issue comes from both the heightened pressure being placed on air quality in public buildings and the sheer profundity of air cleaning solutions on the market that have little to no regulations or standards surrounding them. School districts have also seen a boost in federal funding, enabling them to make purchases they otherwise would not have the budget for.

Despite the cautious stance the CDC has taken, many are still frustrated that there isn’t more stringent regulations or guidelines with regards to these findings. As Marwa Zaatari, who sits on the board of the nonprofit U.S. Green Building Council, puts it, it feels like the wild west with all the solutions being pushed forward.

California, according to Greenwire, has already banned the use of such technology in their schools, while nations outside the US, like Spain, have issued heavy recommendations against needlepoint bipolar ionizers and similar air cleaners.

Not all of these devices may be harmful, however. According to Jeffrey Siegel, a professor of civil engineering at the University of Toronto who has studied the devices, harmfulness varies across the products, but the one thing that remains consistent is their effectiveness against the coronavirus: it’s dubious.

That then makes a product that is dangerous at worst and ineffective at best. Combine that with Siegel’s projections that at least three quarters of the current market is occupied by these products and there’s a very high potential for schools to potentially be wasting their money on these types of products.

While no official tally exists, Zaatari reports that her own tally, which consists of monitoring news sources for school purchases of these technologies, says schools have spent at least $100 million on the technology instead of investing in the battle-tested methods of ventilation and filtration.

Medical professionals and air quality experts have been voicing this opinion for a while now, and it’s one that keeps being proven right time and time again: the best way to manage air quality is through ample ventilation and proper filtration.

By increasing the flow of outside air and updating HVAC systems to include MRV13 filters (some of the highest rated air filters on the market), building owners will be making far more valuable investments (they just need to make sure they get the right technician to update the system).

When those massive updates aren’t an option, however, HEPA filters placed within the classroom can provide an effective, localized replacement. Both MRV13 and HEPA filters can filter viral particles from the air (in addition to soot, CO2, wildfire smoke and other forms of pollutions).

“When we think about big wildfire smoke events, which we are having more and more frequently, smoke events increase air pollution outside, and that just permeates the indoor air,” said Delphine Farmer, an atmospheric chemist at Colorado State University. “One of the best things you can do in that scenario is to increase your HVAC filter or bring in classroom HEPA filters.”

Though the coronavirus is rightly receiving school administrators’ attention right now, Farmer said, “improving ventilation and filtration in school buildings will have positive impacts down the line when we move into the future.”