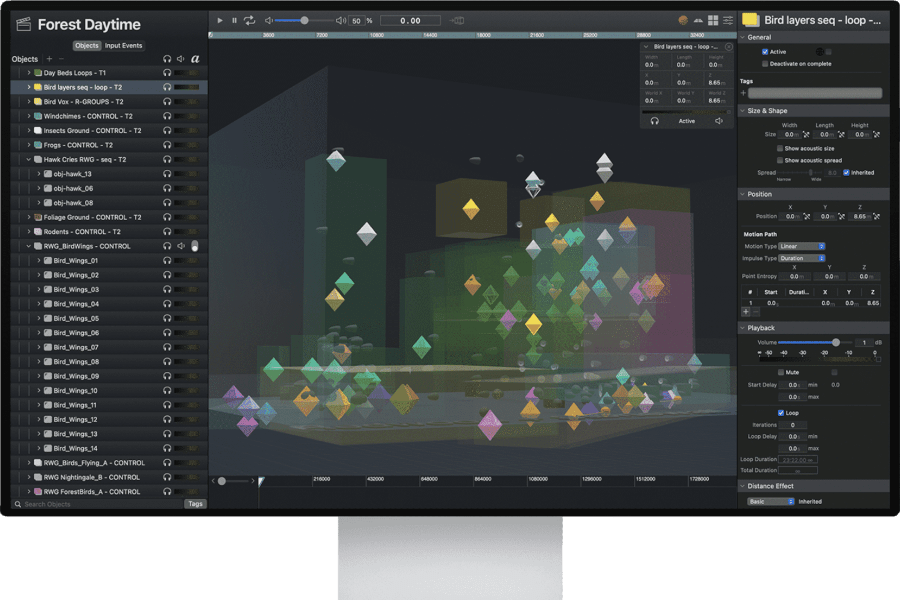 Soundscape Design Made Easy With Spatial

The audio experts at Spatial have developed a toolset that can have anyone setting up immersive audio experiences themselves.
Words by: DesignWell staff • Photos by: Spatial

Soundscape Design Made Easy With Spatial

The audio experts at Spatial have developed a toolset that can have anyone setting up immersive audio experiences themselves.
Words by: DesignWell staff • Photos by: Spatial

It’s always good to be able to have an image of a project while its being worked out, even when that project revolves around creating an immersive and innovative soundscape. That’s the thought Spatial had at least in developing a suite of tools and services to make creating evolved audio experience more accessible to both hobbyists and professionals alike, according to Slash Gear.

A Look at What Spatial Has On Display

The team behind Spatial (which pulls audio expertise from businesses like Bose and Lucas Arts, to name a few) has developed this set of tools so that audio experiences can scale from simple retail installations to sophisticated and intricate landscapes.

Employing Spatial Studio, users can create full audio scenes in 3D, allowing the positioning of different audio elements to positions in the virtual space. Meanwhile, Spatial Control, serves as the brains of the operation when the time to deploy has arrived. Special Service, then connects both tools to bridge a project from ideation to completion.

The brains of the operation, the Spatial Reality Engine, renders these soundscapes in real time, reacting to any level of stimuli. And the beauty of it is that it’s designed to run off any macOS or Linux computer, rather than demanding custom hardware. The platform is also capable of driving not only audio, but even lightning and other elements to create the necessary suspension of belief.

What differentiates Spatial from other similar tools on the market is the sheer flexibility of the tool. All users need to do is submit a request to Spatial through their website and a macOS, with Linux support and integration available to Spatial’s custom customers.

That way, anyone can deliver a unique and immersive soundscape, whether it’s a nature-themed wellness wing at a hospital, or a cultivated spa experience at home. Installations can be as simple as a few speakers in a room, to an entire park’s worth.