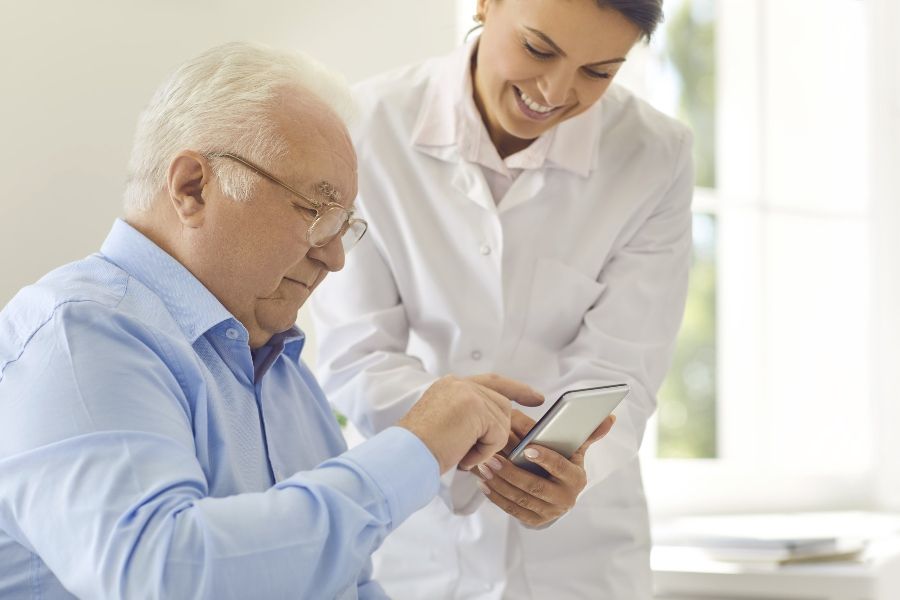 A small study has recently discovered that reminder apps akin to those found on a smartphone could help serve as memory aids in early dementia patients. The researchers found that those presenting mild impairments were not only able to learn how to use the technology, but that they also said the apps improved their day-to-day routines.

Breaking the Myth of Older Generations vs. Technology

The study, published in the Journal of the American Geriatrics Society, surveyed 52 older adults using two different types of basic smartphone features: a reminder app that notifies users of scheduled events and a digital recorder app to play back audio notes. By the end of the four-week trial, participants were giving higher ratings to their quality of life.

“We weren’t trying to reinvent the wheel,” said lead researcher Michael Scullin, an associate professor of psychology and neuroscience at Baylor University in Waco, Texas.

It did take some coaching, though, with each participant receiving a brief training session for both the app and the smartphone. As it turned out, many of the participants had previous experience with smartphones, though no one had used them extensively prior to the study.

According to Dr. Howard Fillit, founding executive director of the nonprofit Alzheimer’s Drug Discovery Foundation, there is growing interest in using digital technology to support older adults’ health — the Apple Watch, and its ability to detect certain heart arrhythmias, being one example.

Recent research has delved into the potential for voice assistants to assist aging individuals who wish to continue living independently outside of a care facility. Fillit also states that studies are already underway to develop digital technologies that can help detect Alzheimer’s sooner, by collecting data on users’ behavior and mental performance.

According to Fillit, what makes this latest study so noteworthy is the focus on practicality. By tackling a common issue found within people with mild cognitive impairment, that being remembering to do particular tasks, the study lays out the groundwork for the development of future technologies that can assist people living with Alzheimer’s or dementia.

Throughout the course of the study participants were randomly assigned to use either the reminder app or the digital voice recorder app depending on what phone they were given. Those using the recorder app were encouraged to record “intentions,” such as, “When it is 7 p.m., then I will call my brother.”

Twice a week, participants were asked to call a research phone number on a specific day and take photos at a specific location. On average, both groups completed about half of those assignments, compared with a 20% rate in past studies when assigned similar tasks. And two-thirds reported an improvement in their daily memory performance.

Fillit does propose some caveats with the finding, however. Those with early dementia versus mild cognitive impairment could have greater difficulty with using certain smartphone features. Scullin also mentions how phones could pose a fall risk for seniors, with importance being placed on keeping a senior’s hands free to avoid this.

Additionally, even the best technologies will be unable to help with the later stages of dementia and Alzheimer’s, as users begin to lose the cognition capabilities to interacting with these technologies. Scullin has, however stated, that he and his team intend to conduct further research into seeing how these solutions can help people with milder cognitive impairment over time.