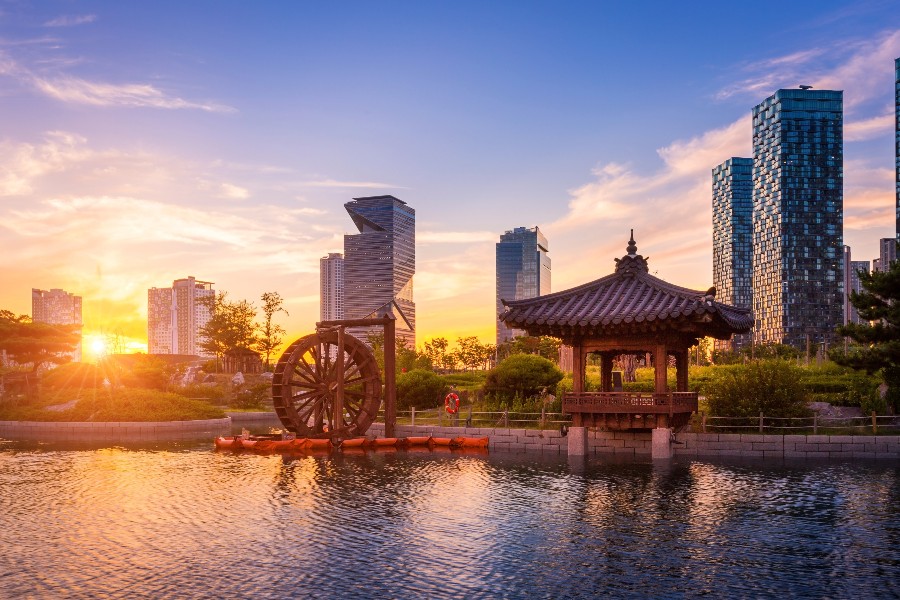 Research starts on urban environments for the 21st century
Words by: Nicholas Boever • Photos by: photo_Hyang, DreamArchitect, and panyaphotograph/stock.adobe.com

Research starts on urban environments for the 21st century
Words by: Nicholas Boever • Photos by: photo_Hyang, DreamArchitect, and panyaphotograph/stock.adobe.com

Researchers at Stanford recently opened a living laboratory to test a new generation of structural designs and technologies for cities of the future. Based in the Korean “smart city” (actually a 1,500-acre business district in Incheon) of Songdo, the Stanford Center at the Incheon Global Campus pulls researchers from across the seven schools of Stanford and places them in collaboration with Korean universities, government and industries.

The team will at first focus on four key areas of sustainability and public health according to Stanford. Beyond that, the organizational structure of the center is set to encourage further collaborations within the Songdo testbed, attracting research projects from across the university and allowing students and faculty to work with corporate, government, and non-profit partners down the road.

According to Michael Lepech, faculty director at the Stanford Center and an associate professor of civil and environmental engineering, the center was inspired by a 2015 planning initiative known as SoE future that originally identified grand and global challenges that engineers could tackle in the decades to come. Chief among them sat how they could help humanity flourish in future cities.

“This center provides us with access to real-time smart city data, and unique infrastructure to test new technologies and ideas,” Lepech said. “Essentially, it’s a city-scale lab for those of us who are interested in studying these topics.”Improving data collection, storage, and visualization to improve smart technology.

The sun sets on the city of Songdo.

The sun sets on the city of Songdo. 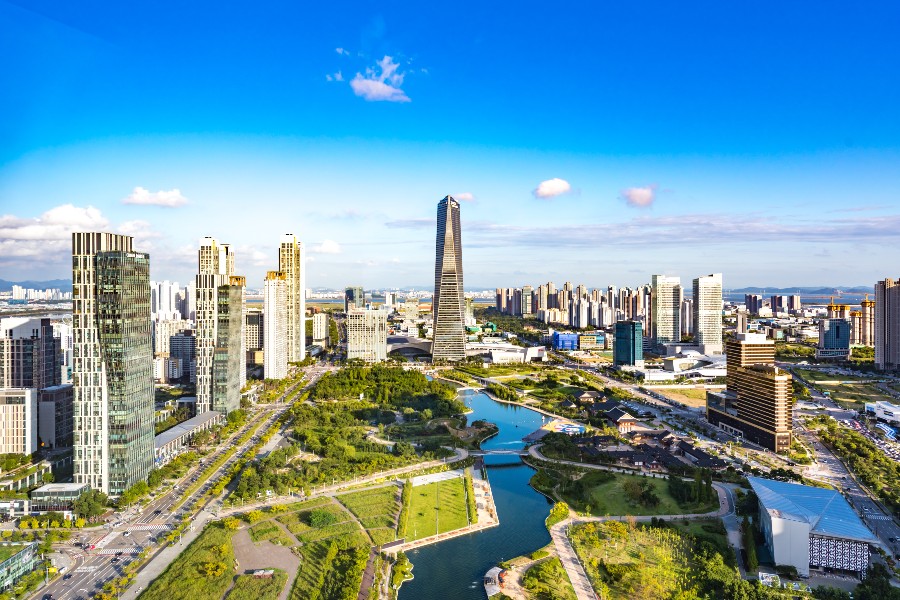 Despite being only a small district, Songdo represents a beating technological heart of Incheon.

Despite being only a small district, Songdo represents a beating technological heart of Incheon. 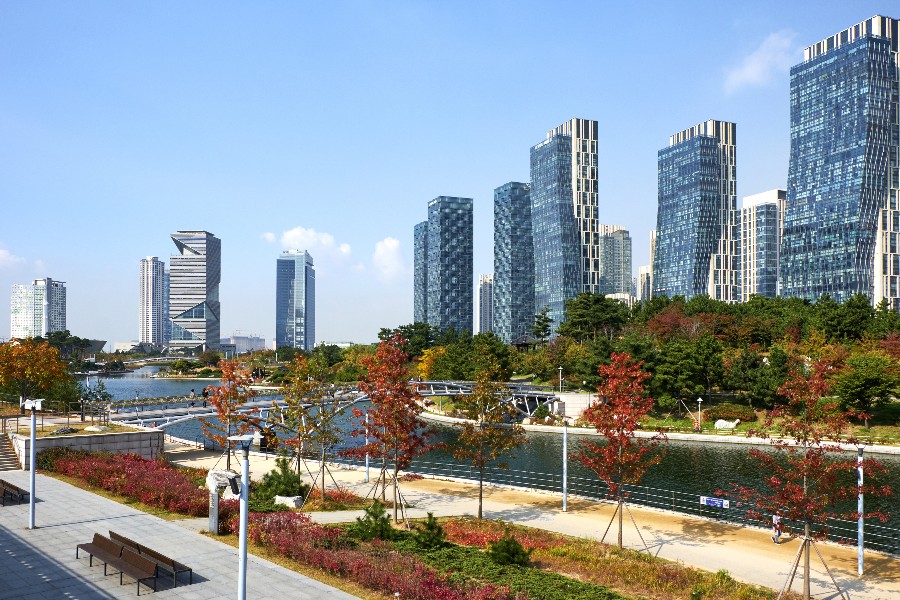 Technological high-rises inspire dreams of what future city environments may look like.

Technological high-rises inspire dreams of what future city environments may look like.