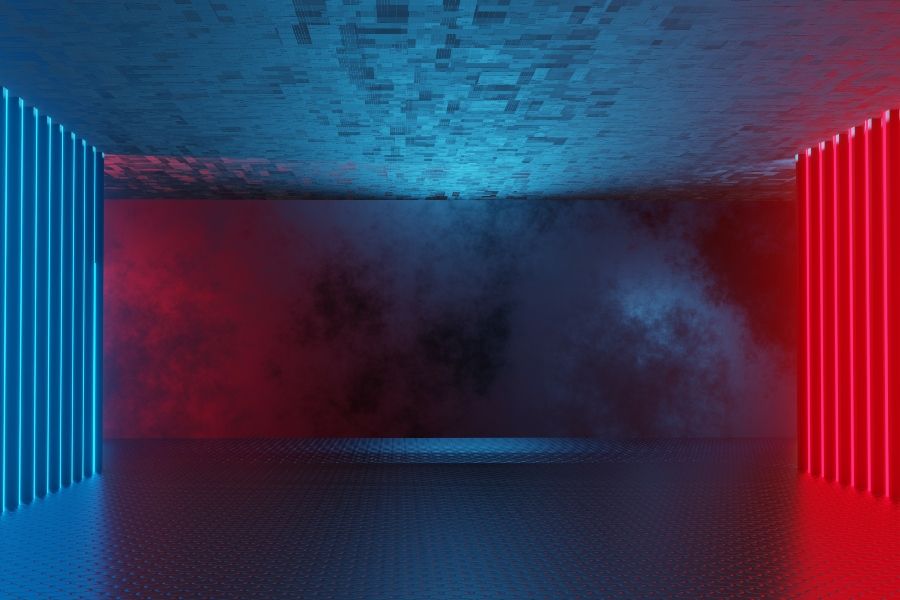 Staring at a blue screen for too long can cause some serious damage, but did you know about the benefits of a red light?
Words by: Nick Boever, Managing Editor • Photos by: POLEX/stock.adobe.com

Staring at a blue screen for too long can cause some serious damage, but did you know about the benefits of a red light?
Words by: Nick Boever, Managing Editor • Photos by: POLEX/stock.adobe.com

It might be time to consider starting the day off with warmer lighting in the home. The reasoning behind this comes from a recent study at the University College London in the United Kingdom found that a brief application of lower color temperature red lighting can improve vision in aging individuals by an average of 17%.

In the study, it was discovered that three minutes, and only three minutes, were all that it took to improve vision (measured by color contrast vision) for up to an entire week. However, there was a catch. Unless the lighting was administered first thing in the morning, there would be no benefits.

As to why the timing needed to be so precise, the researchers found it had to do with the mechanisms at play. Without getting too deep into the reeds on the sciences behind sight itself, it all has to do with mitochondria.

Their reasoning behind it was the same reasoning behind human-centric lighting in general: circadian rhythm. The researchers hypothesized that in following the natural rhythm of the body, the mitochondria respond to the light because morning is a preparation period for the body.

As lead researcher Prof. Glen Jeffery says in Medical News Today, “[The morning] draws energy that needs replacing. No matter what you do, [mitochondria] do not respond the rest of the day or at night.”

Using Lighting as a Regenerative Tool

Human-centric lighting already leans on the notion that illuminaries in a home can be used as a method of natural (natural in its philosophy at least). Knowing that lower color temperatures (in the case of this study, those in the 1000K range) can directly have a regenerative effect can add significant value to any system or home set-up.

Being able to offer color tunable lighting as a natural, non-invasive way to help create a restorative practice/space for home residents will certainly make it a perfect fit for any home lighting set-up. With the right system, recharging oneself for the day can be as simple and time consuming as brushing one’s teeth.