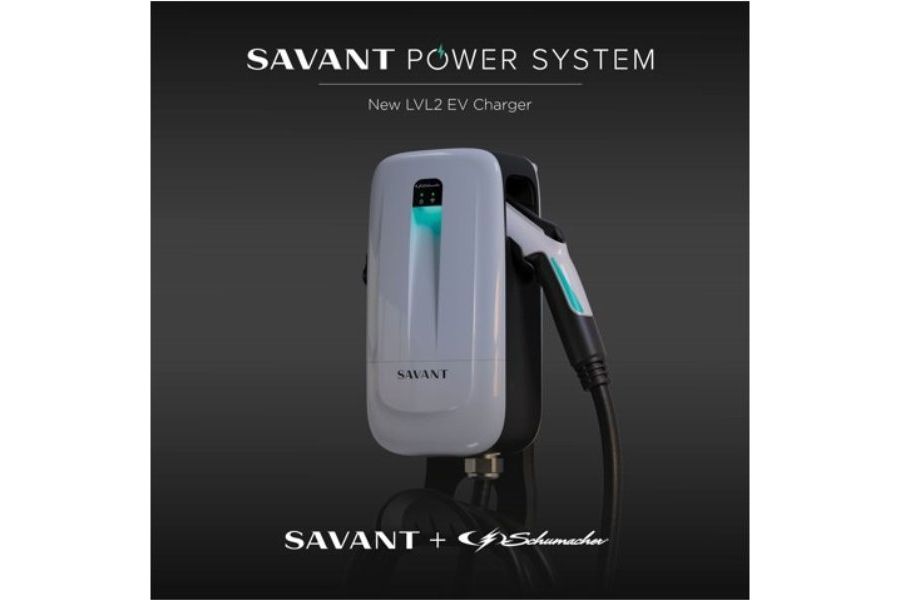 Savant Systems, Inc., a recognized name in smart home controls and energy management, has added a premium EV charger as part of its control suite for home energy, and it might be the nudge needed to push the intelligent power category more into the mainstream for integrators.

Working with Schumacher Electric, a leader in automotive power conversion and battery products, Savant states that it sought to design and deliver an intelligent EV charger specifically for the Savant ecosystem.

This announcement comes trailing the recent climate bill, which has seen dozens of incentives added for consumer-level energy retrofits, including several provisions for buying and installing EVs and EV infrastructure.

“Savant is proud to have partnered with Schumacher Electric, a highly respected manufacturer with a well-deserved 75-year legacy of quality,” says JC Murphy, President of Savant. “The Schumacher team shares Savant’s spirit of innovation and together we have built an exciting roadmap that will deliver useful smart features to every homeowner that is focused on moving toward electrification.”

Meant to complement the Savant Power System platform, the Savant LVL 2 EV Charger, delivering enhanced visibility and control in tandem with the device’s own baseline features. When connected to a Savant Power Module, the charger enables homeowners to monitor energy consumption trends, manage power usage by automatically powering down other high-current devices while actively charging and to schedule charging to avoid peak utility rates.

The charger is a powerful, hardwired 240-volt solution capable of delivering up to 50 amps of output, with built-in Wi-Fi connectivity for simplified installation and configuration. The lockable, ergonomically designed charging wand has a 25-foot cable with a universal connector that can be neatly stored on either the right or left side of the unit based on user-preference and mounting location.

The LVL 2 EV Charger will be available for dealers to purchase on the Savant Store beginning October 2022, $1100 US MSRP.