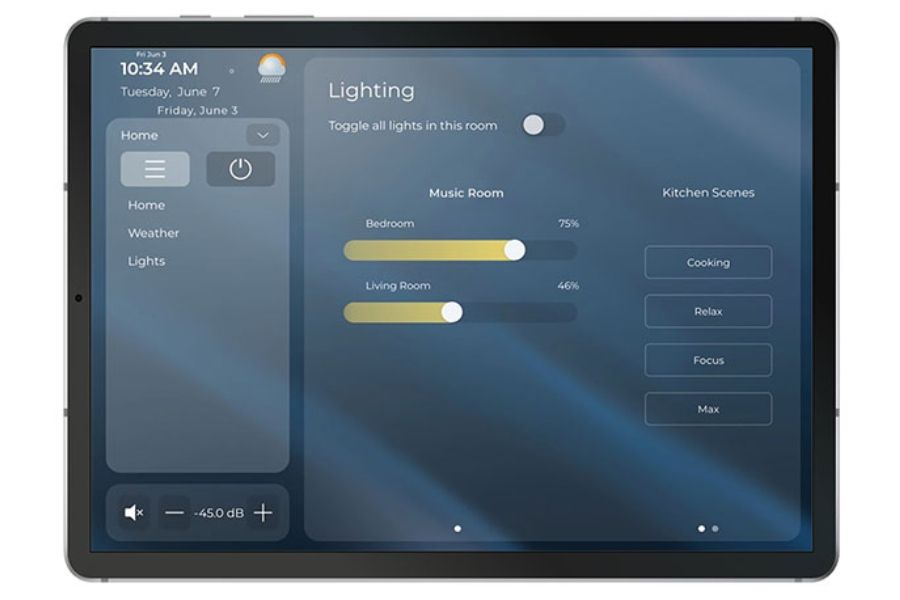 The control and automation manufacturer adds Orro’s sensor-based capabilities to its environment.
Words by: Nick Boever • Photos by: RTI

The control and automation manufacturer adds Orro’s sensor-based capabilities to its environment.
Words by: Nick Boever • Photos by: RTI

Control and automation manufacturer RTI has recently announced that the RTI control platform now feature compatibility with Orro’s smart lighting product. Providing a smart, human-centric lighting experience through light, sound and motion sensing, Orro’s adaptive lighting product will now be controllable directly from within RTI’s control environment in homes where both products are in use.

“Automated lighting control is an important aspect of the smart home, and Orro adds a level of intelligence that makes it more intuitive than ever for the homeowner,” said Neal Ellsworth, director of product management at RTI. “With the RTI integration, it’s much more than just using the control system to automate the lighting. We’re also enabling the lighting system to drive the automation. The result is a unified system in tune with the homeowner.”

Through the RTI environment, homeowners will be able to manually control their Orro switches while also being able to set up automation routines from within the RTI platform. Additionally, the integration boosts RTI performance by launching control and automation events triggered through Orro’s presence detection.

The process is facilitated through the same elements that would normally trigger a lighting scene upon entry into a room with an Orro switch. For example, not only will the lights turn on, but the music can automatically be adjusted to a preferred station and the volume brought to the desired level. When no presence is detected, the lighting scene can change, and the music can be turned off.

Standard Orro lighting control is also enabled throughout the RTI system, according to the company. The homeowner can launch lighting scenes, set dimmer levels, control lighting loads, turn individual lights or lighting groups on and off and combine Orro Switches into groups. The Orro One and Orro S Intelligent Lighting Switches can then work together to create a seamless lighting system, setting the perfect mood in any home. This also opens up RTI’s control systems to the multitude of lights and fixtures that Orro already works with.

“At Orro, we’re constantly listening to the channel and one of the most requested integrations has been with RTI,” said Patrick ‘PG’ Gall, head of channel development. “This new integration allows Orro to be a flexible tool for the dealer, adding value to RTI jobs with intelligent, proactive lighting that helps the dealer do so much more.”

The new driver that enables the RTI-Orro integration is available to authorized RTI dealers at the RTI driver store and directly within the RTI Integration Designer 11 control application programming software.