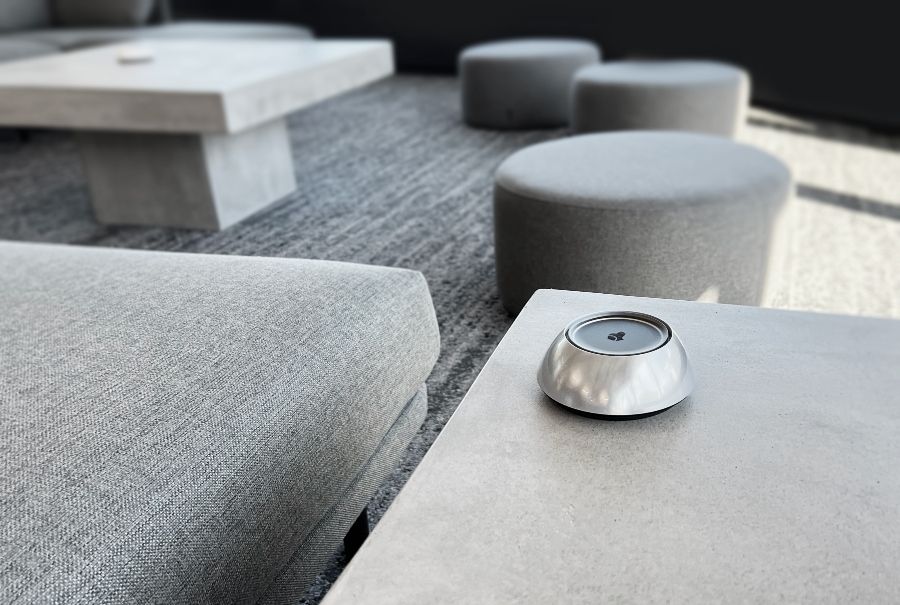 The new model will be available across its dealers for a limited time during the celebration.
Words by: Nick Boever • Photos by: Josh.ai

The new model will be available across its dealers for a limited time during the celebration.
Words by: Nick Boever • Photos by: Josh.ai

Josh.ai celebrates its seventh birthday this month and with this milestone, they’re introducing a new, limited-edition offering for the CI channel. Available now, the Josh Micro product will come in a striking Metallic Chrome option as a promotion for current Josh.ai dealers.

“The excitement and support from our dealers, along with the rest of our professional community, continues reinforcing our commitment to the channel,” said Josh.ai CEO Alex Capecelatro. “Our partners are recognizing that voice control — when done right — brings an unmatched level of convenience and magic to the smart home experience, which is something that traditional touch interfaces cannot deliver. I’m extremely proud of all that we have accomplished, not just as a manufacturer, but to also be recognized as an innovator among our peers.”

Celebrating 7 Years of Growth and Innovation in Voice Processing

Established in 2015, the first Josh.ai product shipped on a Mac Mini in 2016 and priced to be specified into the truly high-end luxury projects delivered by select dealers. In 2017, the Josh Micro brought that same quality of AI-driven voice control and home automation to an even broader audience among pros.

At the end of 2020, the company unveiled the Josh Nano and Josh Core, introducing two more hard-wired products that further demonstrated the company’s commitment to the CI channel. Finally, in 2021, the company launched its collaboration with Lutron to introduce the Josh.ai Ready Wallplate, combining Lutron Keypads with Josh Nano architectural microphones, opening up the ability to control a variety of home technologies through voice.

Since its beginning, Josh.ai has processed over 3 million commands on its platform and is now the owner of several exclusive patents for features such as compound commands and contextual awareness. It has expanded its list of distribution to include over 1,000 dealers across the United States and Canada and has even expanded its footprint within the built environment, collaborating with IHG Hotels & Resorts to develop an impressive, wellness-focused hotel room powered by Josh.ai.

Beyond its exclusive natural language processing features, end-clients have come to depend on Josh.ai for its commitment to data privacy and security, the company says in a press release. Josh.ai’s stance on privacy has helped it to greatly differentiate itself among voice assistants.

“Since Josh.ai is a solution purpose-built for home technology professionals, its focus is on providing a rich feature set and advanced capabilities that enable a magical, intuitive and simple voice experience,” the statement concludes.