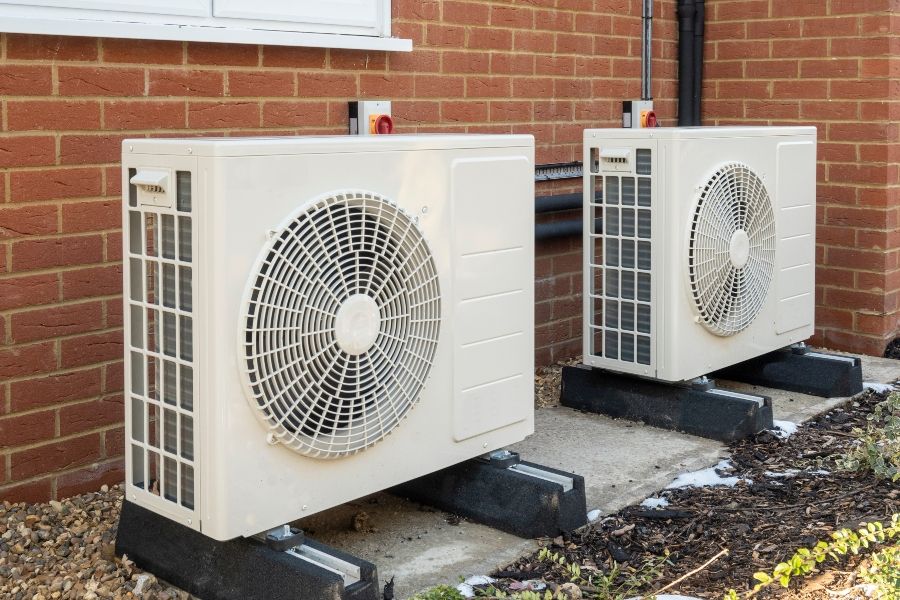 Construction on new fossil fuel boiler systems are also projected to halt completely by 2025, according to IEA.
Words by: Nick Boever • Photos by: Nimur/Adobe Stock

Construction on new fossil fuel boiler systems are also projected to halt completely by 2025, according to IEA.
Words by: Nick Boever • Photos by: Nimur/Adobe Stock

The International Energy Agency (IEA) has stated that it expects the number of heat pump installations throughout the world to more than triple from current numbers in the coming years. With the current number of units in buildings sitting at 180 million, the agency sets the expected number of units globally at 600 million for 2030. Spurred by a multitude of environmental efforts worldwide, it’s these devices, IEA says, that will be the biggest drivers for reduced emissions from heating in the building sector.

The biggest adopters of this technology are expected to be Nordic European countries and France due to high user acceptance and awareness. However, recent developments in the United States, mainly the Inflation Reduction Act (IRA) and Defense Production Act (DPA), could help drive greater adoption of the technology here, as well. Additionally, the European Commission’s REPowerEU plan is aimed at doubling the deployment rate of heat pumps to 10 million units to reduce its dependence on Russian natural gas.

The report states that any location where both heating and cooling can occur will accommodate the largest share of the market. Additionally, the report projects that production of new fossil fuel boilers will be fully phased out of production by 2025. Solar and wind power are expected to produce 40% of electricity by 2030, and the rising electrification of space heating and cooling will play a major role in those gains.

What Does This Mean for Future Building Projects?

In America, heat pump technology is already being used in about 40% of new, single-family homes. However, given factors such as states placing outright bans on fossil fuels in new construction and the IRA adding extra incentives to heat pump installations, it is likely that number will continue to rise. Additionally, retrofits are expected to jump as many people put their moving plans on hold amidst a turbulent housing market.

In a recent article talking about the IRA’s potential impact on residential design, Christy Roth, Director of Offer Management and Software at Schneider Electric, sees the act as creating high demand for designers and architects who will be able to incorporate newer technology into older homes without sacrificing appearances inside the home.

However, this could also raise demand for technology professionals who are able to connect these systems to new or existing smart home infrastructure. Since the Inflation Reduction Act has also added provisions for energy management systems within buildings, it is likely for projects to arise that feature both systems, creating environments where the linkage of each will not only be desirable, but necessary in driving greater efficiencies in the home.