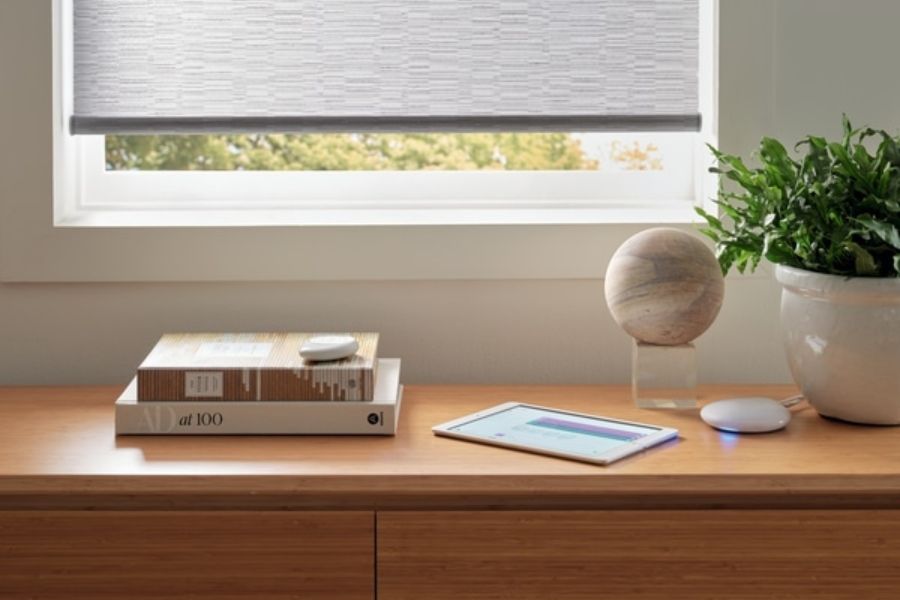 PowerView Gen 3 series is now able to integrate with Control4 and Crestron among many others.
Words by: Nick Boever • Photos by: Courtesy of HunterDouglas

PowerView Gen 3 series is now able to integrate with Control4 and Crestron among many others.
Words by: Nick Boever • Photos by: Courtesy of HunterDouglas

Hunter Douglas has released an expanded library of control drivers aimed at making installations of motorized shading that much easier for the custom integrator market. According to the company, the new drivers help maximize the possibilities of adding automated window treatments into projects with the ability to incorporate PowerView Gen 3 Automation into most popular home control systems.

Over the years lighting, and by consequence shading, has expanded as a major category amongst custom integrators, with one of the most recognizable names within the space being Hunter Douglas. As such, the company has been continually developing integrations with popular smart home systems, such as Control4, Crestron Home, Crestron, Clare Controls, Elan, RTI and URC, with drivers for Savant and Brilliant in development and expected soon.

“We’re committed to helping our dealers offer their clients the largest range of smart shades on the market. PowerView Gen 3 is engineered to take the guesswork out of specifying smart shades and make it an easy decision to use Hunter Douglas on projects. These drivers align precisely with that goal and will lend tremendous possibilities for integrators to take advantage of the growing product line.”

Each of the drivers allow for individual shade and scene control with reliable performance and accurate, two-way feedback, according to Hunter Douglas. The company also notes that the drivers, along with the enhanced features and improved setup process, help make quoting, specifying and installing smart shading easier and more appealing for professionals.

Hunter Douglas further states that the new enhancements allow integrators to set up and deploy systems at any scale, easily. Scenes and automations created and configured in the PowerView app can be synchronized with the respective third-party apps. All the integrator needs to do is include a Hunter Douglas Gateway in their project, with the gateway serving as the communication bridge. After it receives a command from the driver, it then transmits the information to trigger automation.

Dealers and integrators heading to CEDIA Expo Sept. 29 – Oct. 1 in Dallas, Texas this year will also be able to see many of the shade styles and automation solutions in action, along with additional launches and previews in-person at CEDIA Expo 2022 (Booth 6027 & 7027).