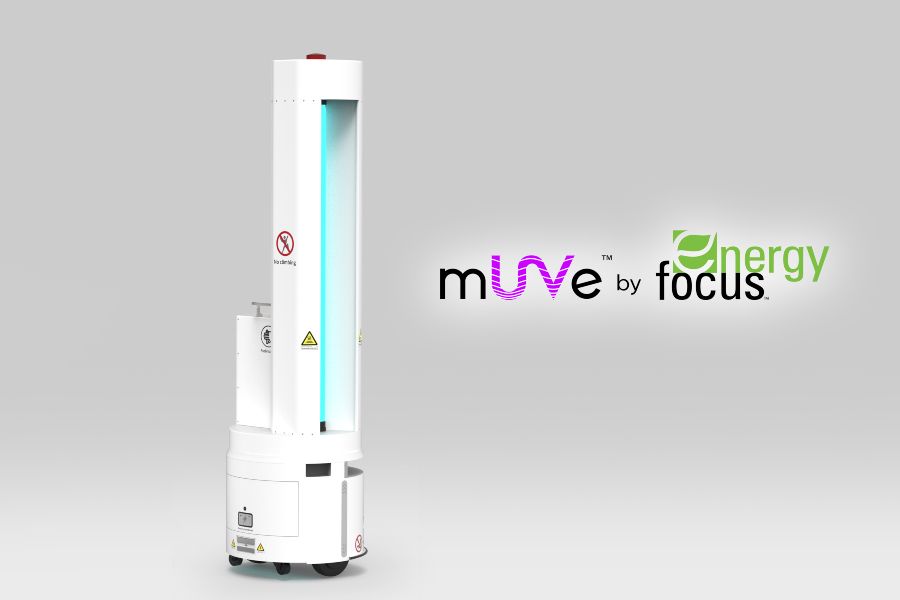 The lighting company will put its product to the test at the Javits Center.
Words by: DesignWell staff • Photos by: Energy Focus

The lighting company will put its product to the test at the Javits Center.
Words by: DesignWell staff • Photos by: Energy Focus

Attendees at LightFair 2021 at the Javits Center in New York are set to have an exciting opportunity meeting new human, and robotic, faces in the category of lighting. And the guest of honor is set to be the mUVe by Energy Focus, with the autonomous UVC surface disinfection robot, having been selected as the official Virus-Targeted UVC Robo-Disinfector for the event according to a release from BusinessWire.

An Opportunity to See the Robot in Action

With the growing adoption of robots in commercial setting to perform repetitive, time-consuming, yet all too essential tasks, the mUVe™ Robo-Disinfector joins the growing ranks as an enforcer of health and wellness in commercial settings. As part of its services at the Javits Center and in conjunction with the conference’s “Safer Floor, Safer Show” protocols, the robot will be roaming the exhibit hall during conference after-hours.

“We are honored and pleased to partner with both LightFair and Javits Center in their efforts to provide conference attendees extra peace of mind during the show,” said Michael Decker, VP of Marketing at Energy Focus. “This is a high-profile opportunity for us to not only help make the convention site cleaner and safer, but also to showcase mUVe’s advanced and impactful capability to disinfect large spaces with precision, speed and efficiency without the use of chemicals and sprays.”

Equipped with advanced mapping technology, the robot will be able to record the floor plan of the conference hall to intelligently sweep the area at a speed Energy Focus states as 18 inches per second (or 90 feet per minute). The robot will use UVC-254nm light to disinfect surface pathogens, including SARS-CoV-2 and its variants, at a targeted 99.9%+ efficacy rate within a one-meter radius, according to the company.

Additionally, attendees will be able to see the entirety of Energy Focus’ Virus-Targeted UVC disinfection product series, including nUVo™ Tower and Traveler UVC Air Disinfectors. It’s human-centric lighting LEDs EnFocus and RedCap will also be on display at booth #1946. Registration at LightFair for tradeshow access is free here.