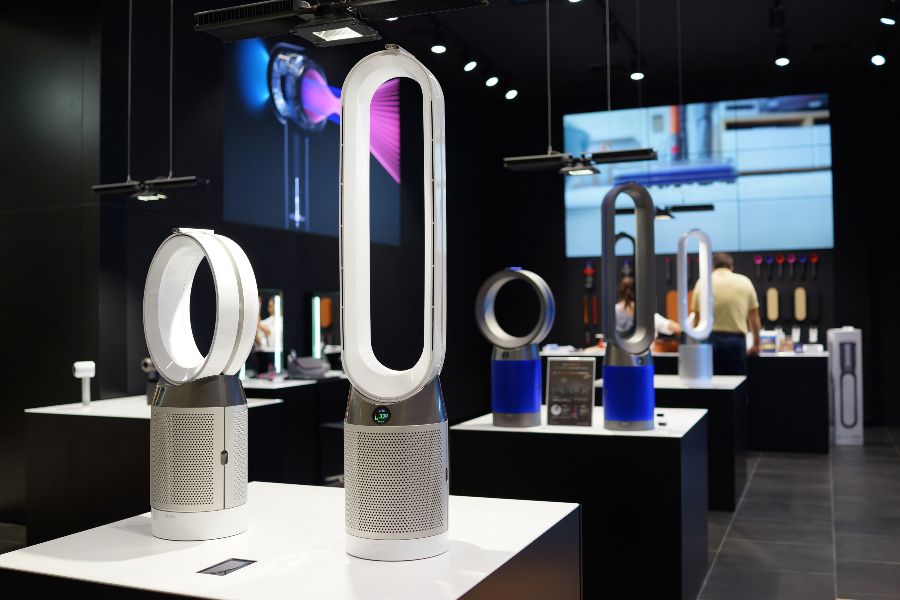 Dyson is Challenging the CADR Test, For Good Reasons

The brand most known for its air technology thinks a change is needed for the modern home.
Words by: Nicholas Boever • Photos by: Ityuan/stock.adobe.com

Dyson is Challenging the CADR Test, For Good Reasons

The brand most known for its air technology thinks a change is needed for the modern home.
Words by: Nicholas Boever • Photos by: Ityuan/stock.adobe.com

In most people’s searches for figuring out what air purifier they should buy, many have perhaps come across a clean air delivery rate (CADR) number. For those who haven’t, it was a metric developed back in the 1980s to measure the amount of clean air a purifier provides in a set time frame, and its one that Dyson is challenging with their purifiers, according to an article by Tech Radar.

As more and more information comes out about the benefits and potential dangers of purifiers within a home, it helps to have a standard for measuring their effectiveness accurately. It seems like CADR would be a good thing, though, so why would Dyson wish to challenge that?

The reasoning is it’s a test that seems like its still rooted in the 1980s. While there are different test standards for generating a CADR metric, the process and test chambers remain similar. The chamber is often 30 cubic meters in size, has one sensor inside of it and uses a ceiling fan to circulate air around the chamber, something that seems like a rarity in most modern homes.

To develop a more comprehensive measure of an air purifier’s performance, Dyson has developed the POLAR (Point Loading and Auto Response) test to accompany their products’ CADR rating. And the setting in which the test place more accurately represents a modern day home, according to Dyson. By removing the fan and enlarging the size of the test chamber to 81m3 space, the POLAR method reflects how air purifiers are used in modern day life.

The test then puts the device in the corner of the room, reflecting a more likely position for an air purifier to be placed. Nine sensors are then placed around the chamber, two per corner at different heights and one in the center. This is to ensure that a person on the opposite side of the room receives the same air quality as one seated next to the purifier.

The other gauge of the test (the Auto Response) portion comes into play by measuring how accurately onboard sensors of the purifiers can adapt to changing air quality. Those that are lacking in those sensors obviously perform poorly in this regard, unable to keep up with indoor air pollution and unable to notify homeowners of when air pollution is reaching dangerous levels.

Aside from specific certifications like the WELL Certification (which mainly applies to commercial buildings) or the air quality certification developed by the Indoor Air Hygiene Institute, there aren’t a whole lot of standards centered around air purifiers specifically. That leaves a big problem with the attention air quality has been receiving within indoor spaces. With demand and market interest at an all time high and no standardized measurement of quality between products, it could lead to purifiers that are ineffective at best and harmful at worst.

Despite envelopes becoming more efficient at blocking outdoor elements, this means that any pollution produced within the home is getting trapped. Whether that is smoke emitted when cooking, VOCs released from cleaning products or even something as simple as printing something with ink from a printer, it would be incredibly difficult and costly for many to eliminate these sources of pollution. In the case of cooking, it would be almost impossible.

This then places a high importance on being able to properly filter or ventilate spaces, with a testable standard for products that reflects modern living conditions being equally important.