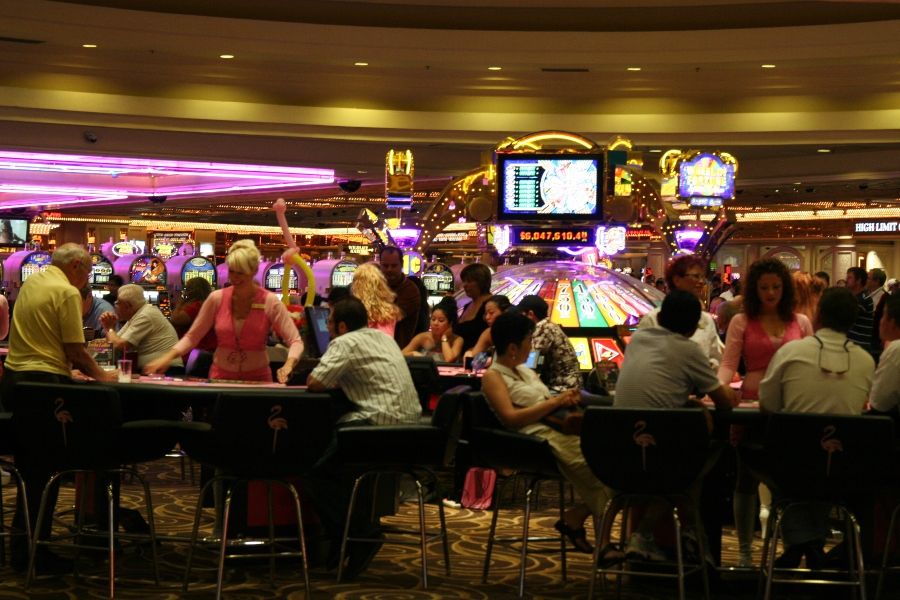 The Park MGM (not pictured here) was among the other top performers in the study, while also being the only hotel that outright bans smoking within its walls.

Study by Wynd investigates the environmental conditions at one of the most visited destinations in the United States.
Words by: Nick Boever • Photos by: antoinemonat/stock.adobe.com and Wynd

The Park MGM (not pictured here) was among the other top performers in the study, while also being the only hotel that outright bans smoking within its walls.

Study by Wynd investigates the environmental conditions at one of the most visited destinations in the United States.
Words by: Nick Boever • Photos by: antoinemonat/stock.adobe.com and Wynd

There’s a hotel along the Las Vegas Strip whose air quality is far worse than any of its surrounding counterparts. In fact, its far worse than the average air pollution levels in New Delhi and Beijing. But which hotel that is will remain anonymous, according to Wynd, an air quality product manufacturer whose initial case study uncovered the alarming conditions within the location. Aria Resort, meanwhile, received the best rating.

Conducted back in January of this year, the study looked at 28 leading hotels along the strip to shine a spotlight on the quality of some of the most populated interior environments at one of the most visited destinations in the United States. Raymond Wu, CEO of Wynd, clarified in an article with Channel 8 Las Vegas, that the company had no business affiliation with any of the properties measured.

“We wanted to produce the study as people get back to indoor settings,” Wu said. “In some ways, it took a pandemic for people to realize that indoor air quality is essential to their health, their productivity and their safety.”

The company itself stated that, despite air quality being the main concern of many, there are currently few official measures in place to track and regulate air pollution inside buildings. This is despite the fact that the Environmental Protection Agency (EPA) themselves state that those who suffer the most from air pollution are the ones who stay indoors the most. 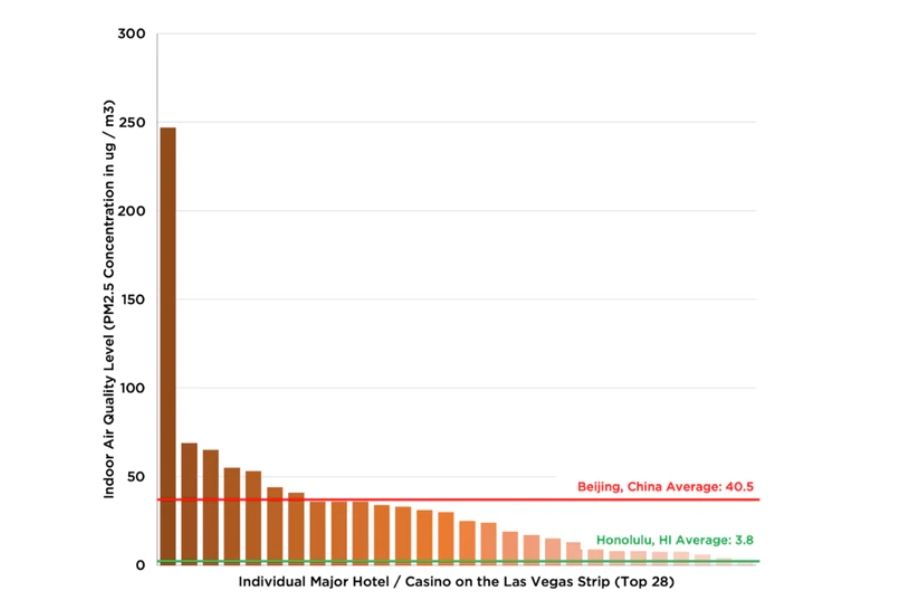 Using Wynd’s air quality tracker, the company measured 28 of the hotels along the Las Vegas Strip. The measurements were mainly taken in the hotel lobbies and common areas of the facilities, focusing on PM2.5 fine particulate concentrates within these areas. These measurements were then cross referenced with the EPA’s Air Quality Index to compare the hotel levels.

One of the primary reasons why PM2.5 was chosen as the main measurement was its ability to be used as a signifier for ventilation within the building as well. This further helps identify how effective the hotel would be at preventing the spread of viral particles such as COVID. The greater the concentration of PM2.5 particulate within the environment, the more likely it would be that someone would contract COVID if the particles were present.

In their findings, Wynd found Aria Resort, Park MGM and Wynn Las Vegas to be the top three hotels on the strip in terms of air quality (it is worth noting that of these three, Park MGM is the only hotel to have a strict no-smoking policy within the building). Here, the air quality was ranked as being of similar quality to outdoor air on an unpolluted day. The worst offender, meanwhile, was nearly 80x worse with around 300 micrograms of PM2.5 per cubic meter of air.

In choosing to keep the name of the hotel anonymous while releasing the other data, Wu, stated that the company did not wish to single out the worst properties with the study. Instead, he said, it wanted to celebrate the resorts that were doing a good job with air quality.