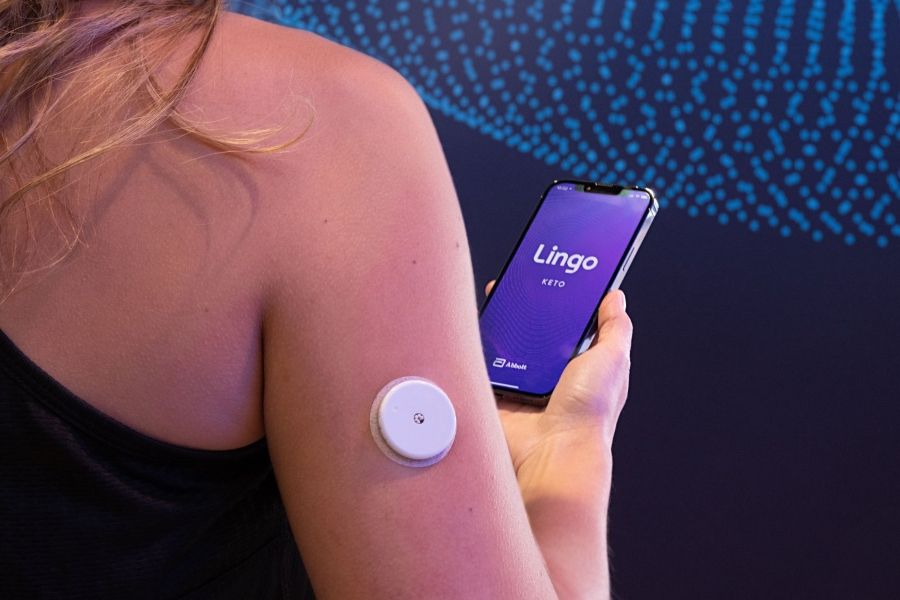 Lingo will offer a “window into your body” by measuring several key bio-markers, according to Abbott.
Words by: Nick Boever, Editor

Lingo will offer a “window into your body” by measuring several key bio-markers, according to Abbott.
Words by: Nick Boever, Editor

Abbott is coming hot off the heels of history after having been the first healthcare company to deliver a keynote at CES, during which they announced a new wave of biowearables in development. The new category of consumer-focused technology, dubbed Lingo, focuses on continual, unobtrusive measurement of key indicators for general health and wellness.

“Technology gives us the power to digitize, decentralize and democratize healthcare, create a shared language between you and your doctor – and put more control of your health in your hands,” Abbott Chairman and Chief Executive Officer Robert B. Ford, said at the event. According to him, Lingo “will be like a having a window into your body.”

The technology for Lingo will be built off the same sensing technology platform Abott first developed back in 2014 for noninvasive, continuous glucose measurements. The device used a small sensor affixed to the back of the upper arm and allowed diabetic patients to better monitor their levels so they could routinely make healthier lifestyle decisions.

From there, Abott expounded upon the original idea, further building out the platform for use by athletes, who would use the measurements to better understand how they should prepare their bodies before strenuous training regimens.

Expanding Upon Glucose Monitoring with Lingo

Lingo will still include glucose measurements; however, Abott aims to extend the final offering into lactate and, one day, alcohol measurements.

For those unaware of these specific compounds, ketones are used as a marker for ketosis, which is when the body begins to burn fat instead of glucose for energy and is primary state of a body on the keto diet. Having greater knowledge of ketone levels will convey how quickly a person’s body enters ketosis and give more insight into what affects that state for better dietary choices.

Lactate, meanwhile, builds up in muscles during exercise, and, when measured, can give a more complete understanding of athletic performance during exercise.

Both offer tremendous insight into nutritional and recovery practices for consumers and being able to place this level of insight into their hands will undoubtedly unlock better decision-making for healthcare and fitness professionals down the line.

It’s also something that’s been the goal of a lot of startups across the US and Europe for some time, though with less of a healthcare focus in mind. Instead, these startups have often focused on the needs of fitness enthusiasts, nutritionally conscious folk and health-minded individuals.

A healthcare giant like Abbott entering into the field of consumer biometrics not only showcases their confidence in the category’s future potential as a profitable market, but also serves as a major step forward in producing highly accurate, unintrusive diagnostic devices for future care.