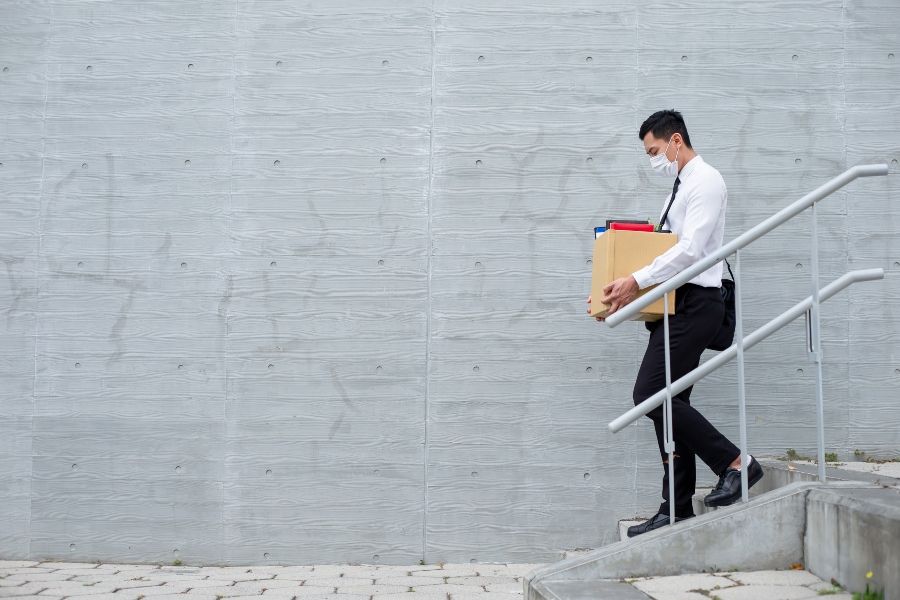 The Great Resignation is About Building Health, Too, According to Honeywell

The Great Resignation is About Building Health, Too, According to Honeywell

Borne out of a frustration of poor wages, less than ideal working conditions and workers generally being treated like they’re disposable to their employers, the great resignation has seen workers across the globe voting for better conditions with their presence in a workspace. Like many things we’re seeing nowadays, it was a trend kickstarted by the economic downturn of the pandemic, but one that was seemingly a long time coming as workers, yearning for better conditions were finally given the means and the confidence to demand it en masse.

Another common theme running through the pandemic’s aftermath is the intense focus that has been placed on the quality of the built environment itself. In particular, air and light have been put under the magnifying glass by occupants, and to say that isn’t playing a part in many people’s decisions would be to bury the lede, especially as a recent study by Honeywell sheds light on how much of a sticking point air quality is with employees currently.

Vaccine Mandates and Masking Can Only Go So Far

While many believe that the push for better air quality is simply related to COVID-19, there’s far more to it than that. Yes, 82% of the 3,000 workers surveyed by Honeywell stated that the COVID-19 variants are the main cause of concern right now, but a whopping 91% say that the air in their workspace has had a direct impact on their physical and mental health.

Poor indoor air quality has been linked to respiratory issues, decreased cognition, more frequent illnesses and more, and the respondents were well aware of this, citing exposure to fewer contaminants (67%), fewer allergic responses (61%) and improved productivity and problem-solving (38%) as key benefits to better indoor air.

The reason why measures related to COVID-19 continue to outshine more encompassing indoor air improvement strategies continued to be the monetary cost, according to Honeywell. Tackling an HVAC retrofit/update is simply a monumental task that many are incapable of performing, either due to a lack of time or a lack of funds for such a project. However, there’s a potentially bigger issue facing businesses here.

Workers Are Willing to Leave Based on Indoor Air Quality

The fact that many offices have yet to address air quality adequately for employees is outlined in the study. Of the 3,000 surveyed, only a third stated that they work in an office where air quality data is made readily available to employees (of note, the survey only polled workers in offices of over 500 workers). Meanwhile, 55% of all workers say it is important for them to be in the know. And of those that do receive updates, its rarely ever enough, with 47% saying reports are few and far between at their companies.

This seems to have put many employees at the tipping point, here. Of those polled, 65% of all workers stated that they were prepared to leave their jobs if steps weren’t taken to improve their indoor environments.

“An overwhelming majority of U.S. respondents called out the importance of the quality of air they breathe and its direct impact on their health and well-being,” said Doug Wright, president and chief executive officer of Honeywell Building Technologies, in a written statement.

“In a competitive labor market, demonstrating an effort to create a healthier work environment can be an advantage in attracting and retaining employees,” Wright said. “Every dollar invested in upgrading workplace air quality, monitoring indoor air quality data and communicating it to employees is a dollar strategically spent.”

Originally voicing the frustrations and grievances of workers at unfair treatment in their jobs, the great resignation continues that trend, only now it has begun to highlight the demand for better building spaces.

While these demands certainly pose tremendous challenges to facility owners and key business decision makers in the interim, there is certainly a lesson to be learned in the development of new commercial spaces. COVID-19 has brought issues with the quality of the indoor environment to the forefront, but Honeywell’s study highlights just how informed building occupants have become since 2020 and how much even a lack of transparency can impact where they choose to go.