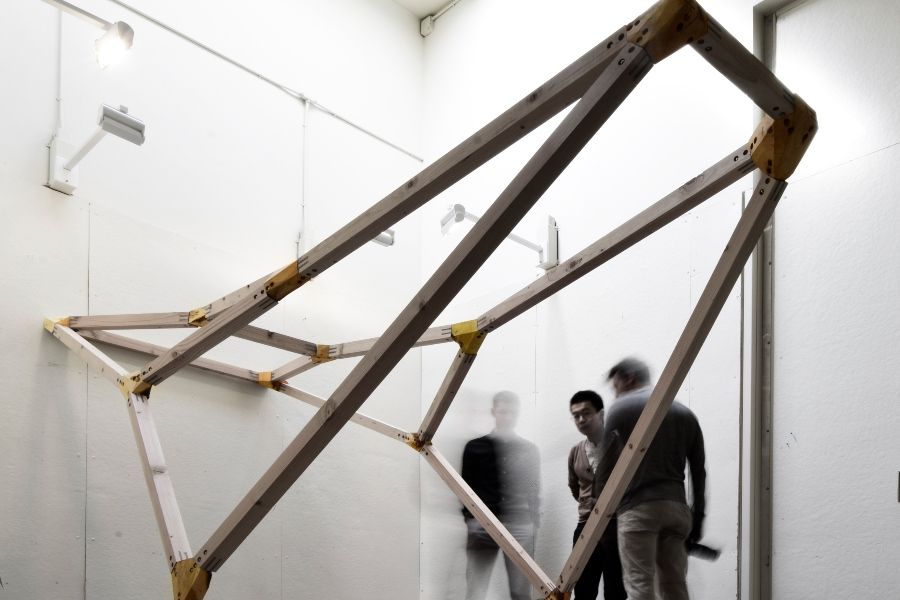 Engineers at MIT have been able to successfully complete a build where tree forks are the main load-bearing elements.

The new process elevates a humble waste product to point of prestige in architectural design.
Words by: Nick Boever • Photos by: Felix Amtsberg

Engineers at MIT have been able to successfully complete a build where tree forks are the main load-bearing elements.

The new process elevates a humble waste product to point of prestige in architectural design.
Words by: Nick Boever • Photos by: Felix Amtsberg

Tree forks may soon replace steel joints as load bearing elements if the recent work by engineers at the Massachusetts Institute of Technology (MIT) is anything to go by. In a new construction process, the Digital Structures research group has uncovered a way to allow these naturally occurring structures to by used as Y-shaped joints commonly used to connect straight building materials.

“Tree forks are naturally engineered structural connections that work as cantilevers in trees, which means that they have the potential to transfer force very efficiently thanks to their internal fiber structure,” said Caitlin Mueller associate professor in the Building Technology program at MIT and leader of the Digital Structures research group.

“If you take a tree fork and slice it down the middle, you see an unbelievable network of fibers that are intertwining to create these often-three-dimensional load transfer points in a tree. We’re starting to do the same thing using 3D printing, but we’re nowhere near what nature does in terms of complex fiber orientation and geometry.”

For Mueller and her team, the new development is viewed as a substantial way of cutting carbon emissions, as load bearing structures are some of the more carbon intensive parts of the building due to usually requiring virgin materials to construct. Not only that, but tree forks are often discarded as waste products in the manufacturing process as building materials only use straight boards, lending an upcycling component to the initiative as well. 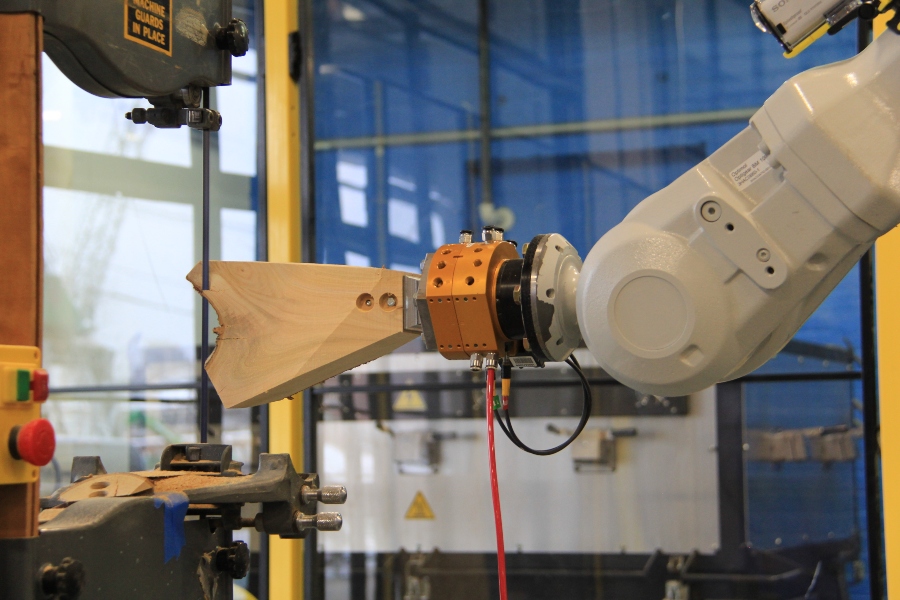 Feeding an algorithm into a machine, the team is able to quickly and easily cut the forks to size.

For the design and development process, Mueller and her team created a 5-stage workflow combining natural tree forks and computational tools often used in architectural design. This way, she believes the process is “at least potentially scalable and potentially achievable within our industrialized materials processing systems.”

As part of he first step in the process, the team develops a digital catalog of tree forks be using high-resolution 3D scans, which was accomplished using inexpensive equipment and was even done using phone apps. The scans help capture the relative geometry and orientation to help better determine the internal fiber orientation that ultimately give the component its strength.

Second, the team matches the forks to the appropriate node using an AI-calculated metric known as the ‘matching score.’ The algorithm can calculate the individual and global score of the project and adjust the distribution to create the most efficient use of the inventory. While the algorithm does this adjustment automatically, design teams can override this feature and perform adjustments manually.

In the third step, designers can experiment with the shape of the structure with the algorithm adjusting with each change to recalculate the appropriate fork-to-node distribution.

Once the design has been completed, the next steps cuts the forks to size, being as minimal with the cuts as possible to keep manufacturing times low and to not compromise fiber strength. The process is mostly done to fit each fork within its node, but also works to strip any bark or other materials that might provide a fire or mold hazard.

For this stage, the team used the robotics at Autodesk Boston Technology Center Build Space and ran the machines on algorithmically generated instructions.

Finally, the assembly is as simple as following the instructions generated by the algorithm, with each joint labeled for construction. 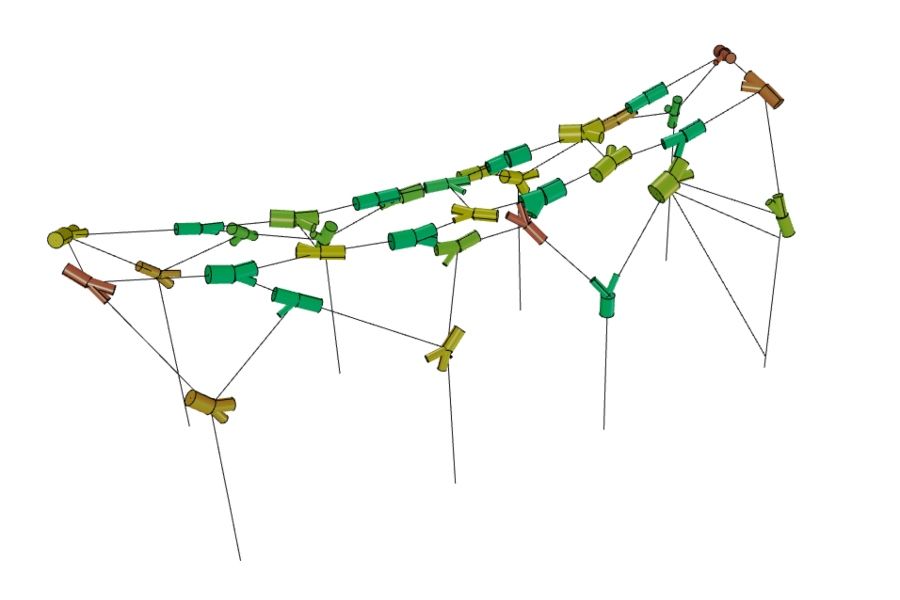 The program the team was able to develop can create an accurate 3D rendering of the project, with incompatible tree forks appearing as red in the model.

The final product Mueller and her team were able to create represents only a portion of their overall goal. Currently installed on the MIT campus, the team eventually aims to develop a pavilion that will be installed at the site of a series of felled trees in Sommerville that provided the tree forks for their project.

To Mueller, this work already has easily replicable applications thanks to the digital tools the team used since, using digital tools, architects are already able to analyze the embodied carbon or energy use of a design.

“Now we have a new metric of performance: How well am I using available resources?” she said in an interview with MIT news. “With the Hungarian algorithm, we can compute that metric basically in real time, so we can work rapidly and creatively with that as another input to the design process.”

With timber having become an exceedingly popular choice for architects and designers for its carbon sequestering capabilities, there has likewise been a significant push in developing new building technologies related to timber. As the development of concrete and steel accounts for 15% of global carbon dioxide emissions, timber’s carbon negative footprint is particularly salient.

The only frequent issue, though, continues to be reliable sourcing, transportation and processing. Given the methods of this recent innovation, however, the team at MIT seems to have opened up another new pathway for architects not only looking to engage in more sustainable construction, but also circumvent supply chain issues.