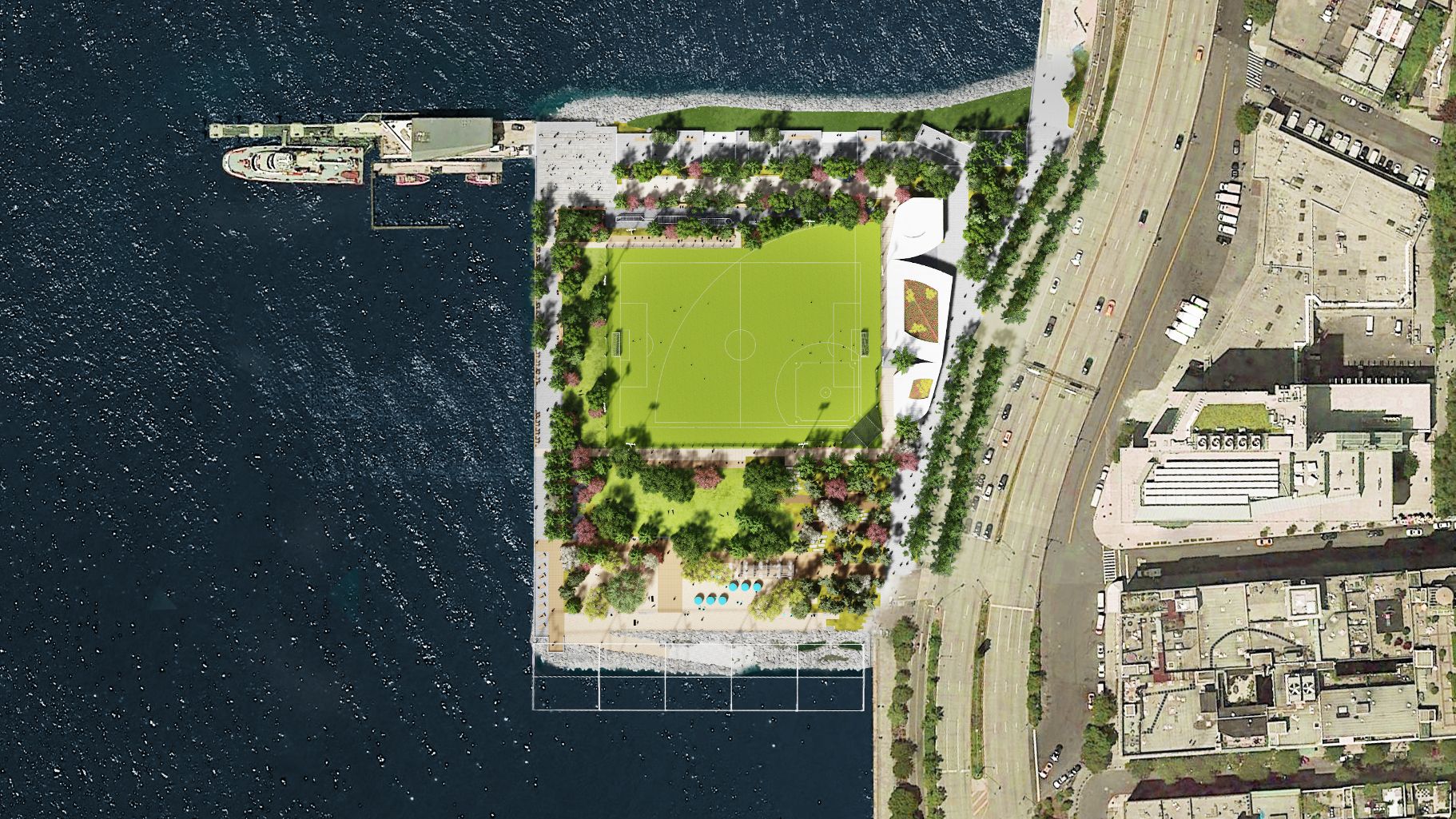 The Hudson River Park Trust in New York has announced the groundbreaking of the Gansevoort Peninsula, a forthcoming riverfront park designed by James Corner Field Operations, located between Gansevoort Street and Little West 12th Street. Spread across 5.5 acres, the park will be home to Manhattan’s first public beach upon completion in spring 2023. 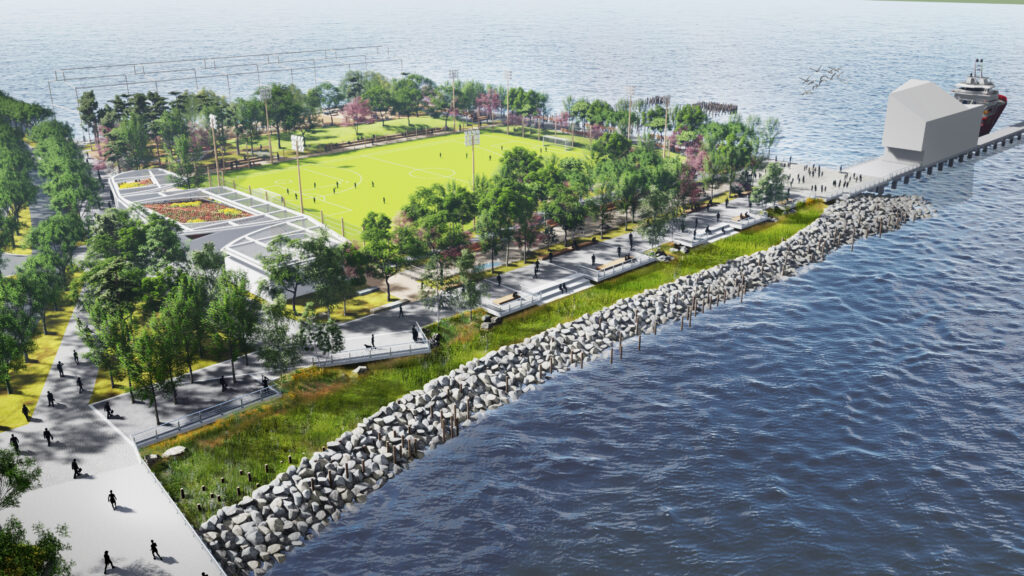 Constructed atop remnants of a historic landfill leftover from a land reclamation initiative in the 1830s, the Gansevoort Peninsula will be developed alongside apermanent installation by artist David Hammons commissioned by the nearby Whitney Museum of American Art. The project will be equipped with public lawns as well as sports facilities and kayak access on its rocky south side. The northern swath of parkland will be dedicated to the creation of a small salt marsh habitat against the backdrop of a large sports field, Dezeen reports. A dog run, picnic tables, and lounge seating will further populate the four-mile-long park.

A variety of projects have recently been completed by the Hudson River Park Trust, including Thomas Heatherwick’s Little Island park, which opened last month on the Hudson River and Pier 26, which was unveiled last September. New York Governor Andrew Cuomo also announced earlier this year plans to extend the High Line—also completed by James Corner—and transform Pier 76 from a police tow pound into a riverfront park. Plans on these efforts remain forthcoming.