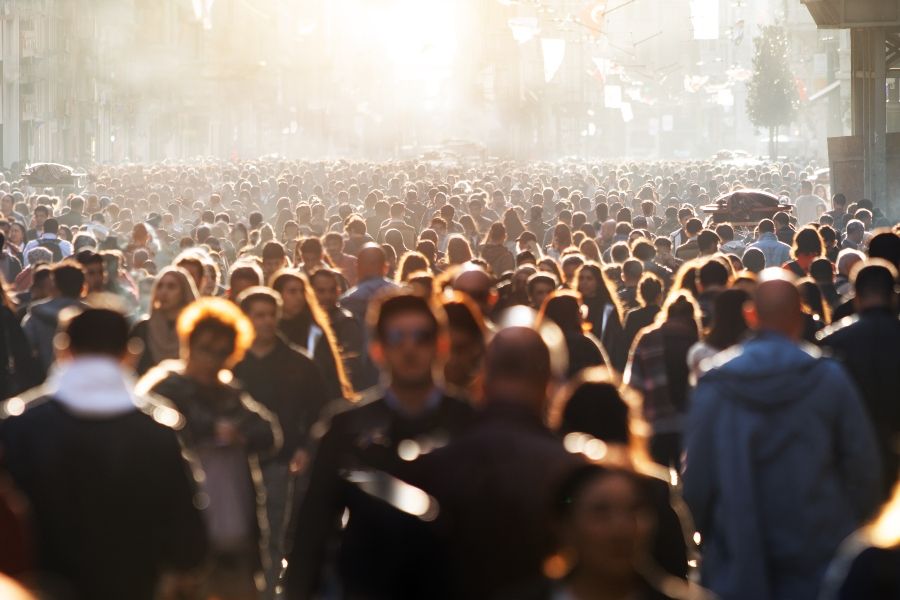 Groups like the Center for Active Design and the International WELL Building Institute see many of the provisions set forward in the inflation reduction act as important measures to addressing climate change's impact on public health through the built environment.

Many still agree, however, that there is much work to be done regarding the current climate crisis.
Words by: Nick Boever • Photos by: Alexander Ozerov/Adobe Stock

Groups like the Center for Active Design and the International WELL Building Institute see many of the provisions set forward in the inflation reduction act as important measures to addressing climate change's impact on public health through the built environment.

Many still agree, however, that there is much work to be done regarding the current climate crisis.
Words by: Nick Boever • Photos by: Alexander Ozerov/Adobe Stock

This past week, President Biden signed into action the Inflation Reduction Act, setting in motion a variety of measures aimed at lessening inflation woes while working to decarbonize the built environment. While the true benefits of the bill continue to be debated among professional building organizations, certification groups like the USGBC, CfAD and IWBI still believe the bill represents a step in the right direction for healthy, sustainable building practices in America.

In speaking with DesignWell, Sara Karerat, Director of Applied Research, CfAD, stated, “This bill underscores what we at Fitwel and our partners across the real estate sector already know: climate change is a defining public health risk, and the built environment has a major role to play in mitigating that risk. The legislation builds on real estate leaders’ efforts and calls on stakeholders to adopt an even more robust agenda to create safer, healthier, and more climate-resilient buildings and spaces to live, work, and play now and into the future.”

For Rachel Hodgon, IWBI President and CEO, it’s a broadening of opportunities for building professionals to, as she puts it “roll up [their] sleeves and begin the hard work of translating this [climate change] legislation into action,” and it couldn’t come at a more critical time.

“Make no mistake,” Hodgon stated in a press release this past week. “This is landmark legislation [is] critical for planetary health and human health. We know climate change is the defining public health challenge of our time. Every day and all around the world, we have seen the tragic and devastating health impacts caused by an already changing climate, including raging wildfires, catastrophic floods, extreme heat, dangerous levels of air pollution and the increased likelihood of more disease.

“With this bill, we are not only taking a huge step forward to advance clean energy and energy efficiency, but also to improve health, bolster health resilience and make equity and climate justice central to how we deploy these strategic investments.”

How Does the Inflation Reduction Act Benefit Public Health?

Despite it only making a portion of the overall bill, funding for climate-based spending totals to a substantial $369 billion to be distributed for a variety of purposes. This investment is expected to help reduce greenhouse gas emissions by 40% from current levels, with the bulk coming from changes to transportation and investing more alternative energy sources for industries.

However, one of the bill’s most prominent features, Karerat notes, includes $9 billion in tax incentives for both building professionals and consumers pursuing energy-efficiency improvements in residential- and commercial-class buildings. While helping to save households an average of $1800 per year, according to Brookings, this, she asserts, will also work to reduce emissions, and improve air quality globally, while also easing residential energy insecurity.

Additionally, an estimated $20.6 billion in resources are being made available to help bolster community resilience and health. This focus is most notable in under-funded communities where climate change’s impacts are more severe. These include funds for healthier and more sustainable affordable housing, strengthening coastal communities against extreme storms and other climate-related weather events, urban tree planting and better air pollution monitoring and reduction efforts, as well as much more.

However, it is worth placing emphasis on the ‘step’ in the phrase ‘step forward.’ While there are many provisions in the bill to be excited for, advocates still see that there is much to be done, especially in addressing some of the more problematic aspects of the bill, such as the streamlining of permits for fossil fuel extraction and chemical manufacturing companies.

For now, though, the bill opens several new avenues for the building community to pursue healthier, more sustainable builds across the United States, leaving its shortcomings as directions for where future legislation should push towards.