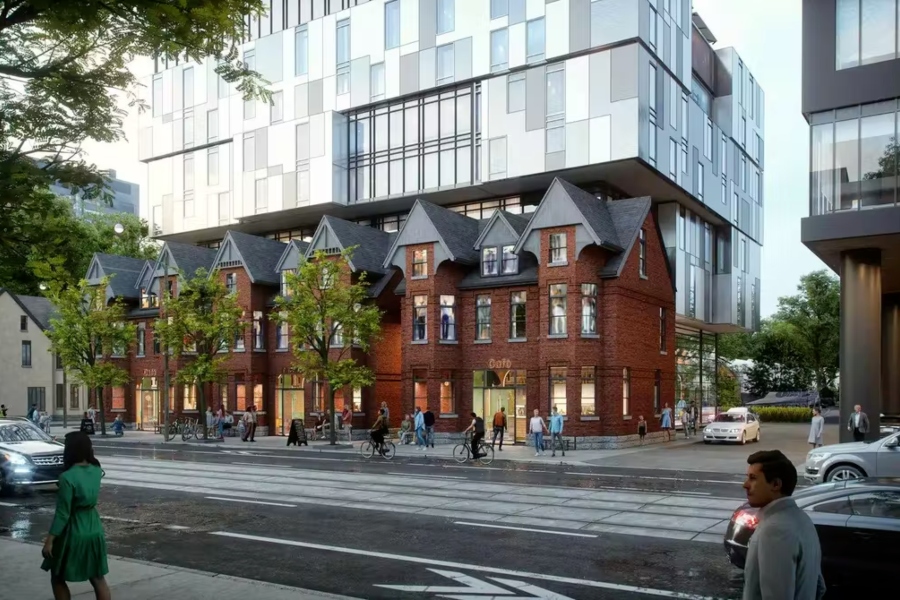 The street-facing view of the structure will incorporate pre-existing Edwardian heritage buildings into its design.

If completed, the Toronto-based residential tower will more than quadruple the current tallest structure.
Words by: Nick Boever • Photos by: ICON Architects

The street-facing view of the structure will incorporate pre-existing Edwardian heritage buildings into its design.

If completed, the Toronto-based residential tower will more than quadruple the current tallest structure.
Words by: Nick Boever • Photos by: ICON Architects

ICON Architects has officially revealed plans for a 31-story tower in Toronto that, if completed, will become the tallest mass-timber structure in North America. This would surpass the current tallest mass-timber building, located in Minnesota, by an additional 24 stories, and the planned 25-story Ascent tower in Wisconsin by another six.

The structure would present itself as a residential building in downtown Toronto, close to the University of Toronto. In speaking on the project, Reza Eslami, Principal at Icon Architects, stated that the decision to go mass-timber came from the sustainability goals of the client, who was willing to pursue the build, despite the added cost compared to concrete.

If completed, the structure will have 230,000 square feet of residential space spread across the public spaces and 494 residential units. The only major roadblock is that the structure is currently not up to code for Ontario.

“As of the beginning of this month, a 12-storey timber structure has found its way into the Ontario Building Code, but we are still far off from that maximum, so we are working very closely with a magnificent building code consultant to prepare the ‘alternative solution’ that would be acceptable by the Building Code Committee,” said Eslami.

Preserving the Heritage of Existing Buildings 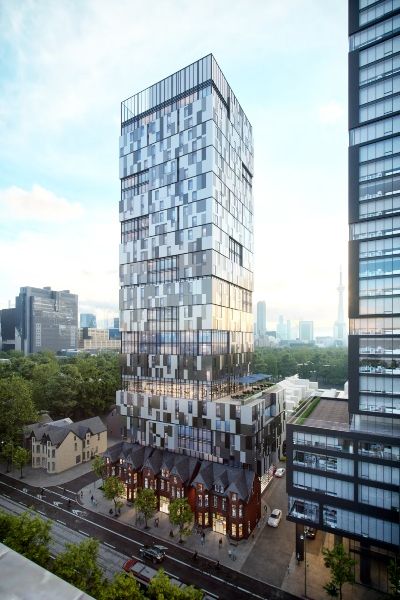 If approved, construction on the building could begin as early as 2025.

At street level, the front face of the tower will consist of several pre-existing Edwardian brick buildings with the new residential structure looming over them. According to ICON, the Edwardian structures will remain due to their heritage status within the city.

Afterwards, the building will transition into the new design, which Eslami said was inspired by the woodblock game, Jenga. The siding will consist of BIPV panels as a cost-saving measure. According to Eslami, the sheer maintenance cost of having all-wood cladding for such a sizeable structure would have proven to be far too costly in the long run.

“An alternative would have been to use metal panels with fake wood grains on them, that are widely used in low-rise buildings, but then it would be fake – we didn’t want to be fake,” he continued.

The final approval for the project is planned for 2023.