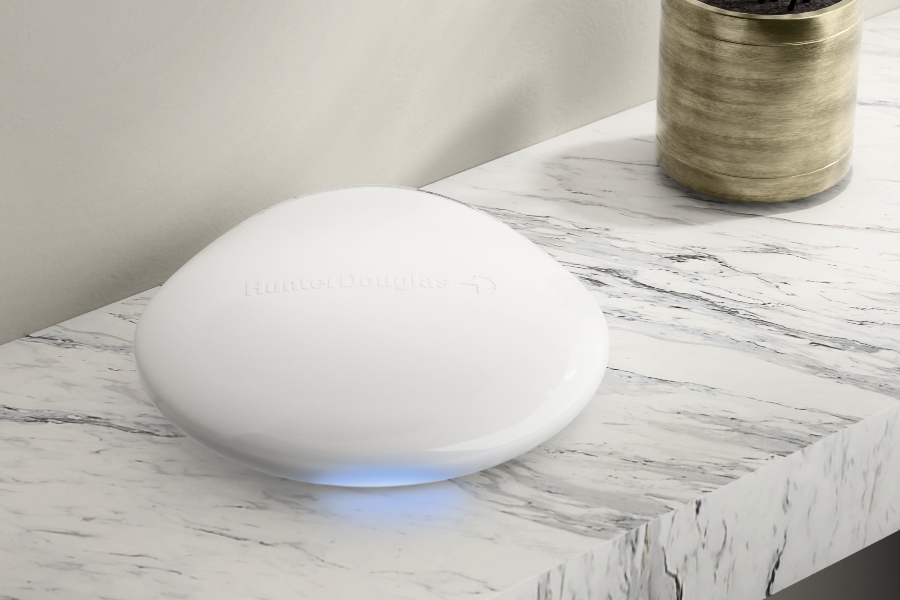 Today, Hunter Douglas introduces the third generation of its PowerView line of shade controls, but rather than being a simple upgrade, it represents an entirely separate evolution built upon new hardware and a new communications protocol. In doing so, the company says it has made a product that is far easier to quote, specify and install for professionals.

“We’ve listened closely to integrator feedback over the past several years, and our focus in creating the next generation of PowerView products remained clear from the start: Provide the design-forward approach Hunter Douglas is known for, with reliable technology that can be executed and integrated with ease,” says Scott Stephenson, Director of Product, Motorization at Hunter Douglas.

“PowerView Gen 3 Automation is precisely engineered to break down the barriers and reduce the learning curve associated with specifying smart shades.”

“The result is a thoughtfully designed system that is as simple to use as it is to install; scalable for any size project or budget; and reliable for any application or shading type whether that is custom draperies, oversized verticals, or ever-popular cellular shades.”

Trading the proprietary PowerView RF communication for the new Bluetooth Low Energy (BLE) protocol adds increased operating range and reliability with smart, real-time, two-way communications. As such, Hunter Douglas states that the installation is made that much simpler, regardless of the project size. In addition, its low energy usage means a far more efficient battery draw.

The system was beta tested by more than 200 integrators in the field, and according to Stephenson 90%+ of the integrators reported the new Gen 3 was more intuitive and quicker to set up. he says a typical three-room, 10-shade setup that would have taken a technician 45 minutes in the past to deploy can now be done in 15 minutes on the first installation, and only 10 minutes thereafter.

Some of the app’s customizable features include proximity detection that shows the nearest shade to the user, as well as quick-tap naming and scheduling options. Once the setup has been completed, integrators can then transfer the newly programmed app functions to their clients.

Other components within the PowerView Gen 3 series of products include a Gateway Hub that facilitates Hunter Douglas shades into third-party control systems from top manufacturers such as Control4, Crestron Home and Elan, all with two-way control capabilities.