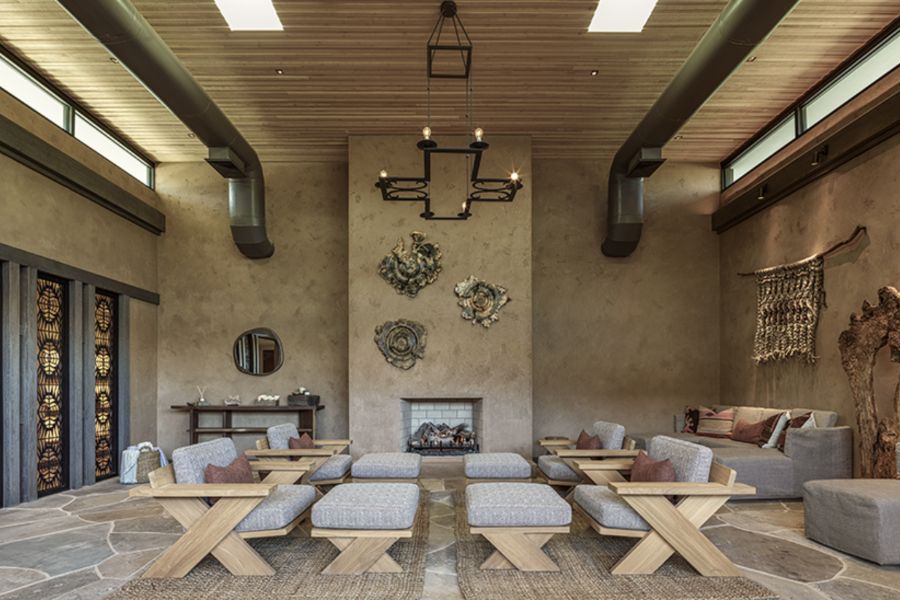 The spa offers a variety of treatments inspired by the desert around and the stars above.
Words by: Will Speros • Photos by: Arizona Biltmore, a Waldorf Astoria Resort

The spa offers a variety of treatments inspired by the desert around and the stars above.
Words by: Will Speros • Photos by: Arizona Biltmore, a Waldorf Astoria Resort

Following the recent reveal of its property-wide transformation, the Arizona Biltmore, a Waldorf Astoria Resort, has also announced the opening of its Tierra Luna Spa, a holistic spa whose treatments are focused on desert botanicals, cosmic connection and dynamic recovery.

Sporting a chic, rugged aesthetic, the spa features 12 soothing treatment rooms. The spa was conceived to naturally integrate into the desert landing, providing a sense of openness and a color palette reminiscent of a sunset. Organic materials reinforce the landscape alongside cacti, succulents and desert flowers. Soothing outdoor areas, meanwhile, invite guest to find biophilic respite among the flora in between their therapeutic sessions.

A Grounding Space, Dedicated to the Stars

SFA Design Studio headed the design of the space, transforming the otherwise interior setting into an oasis meant to evoke the divine connection and singular, desolate beauty contained within the desert landscape and the far-flung cosmos above. The connection also speaks to the transformative and restorative realms contained within the depths of space, owing beautifully to the true essence of the spa.

“The spa touts natural desert character through its rustic charm,” says SFA Design principal Rosie Feinberg. “We wanted to reinvigorate the Frank Lloyd Wright-style and infuse its essence without overpowering the space. With that, we were inspired to create a sense of place that highlights the surrounding desert, garnering a Southwest ranch style.”

Complimenting that Frank Lloyd Wright aesthetic, elements like custom metal screens detailed with Wright-inspired symbols serve as subtle markers that help draw the eyes to other areas of the spa. The tilework found in treatment rooms, too, is finished with the same patterns seen scattered throughout the resort grounds.

“Each element has an infusion of the notorious historic building blocks of the property, but with a unique twist,” Feinberg adds.

Another version of this article previously appeared in Hospitality design.