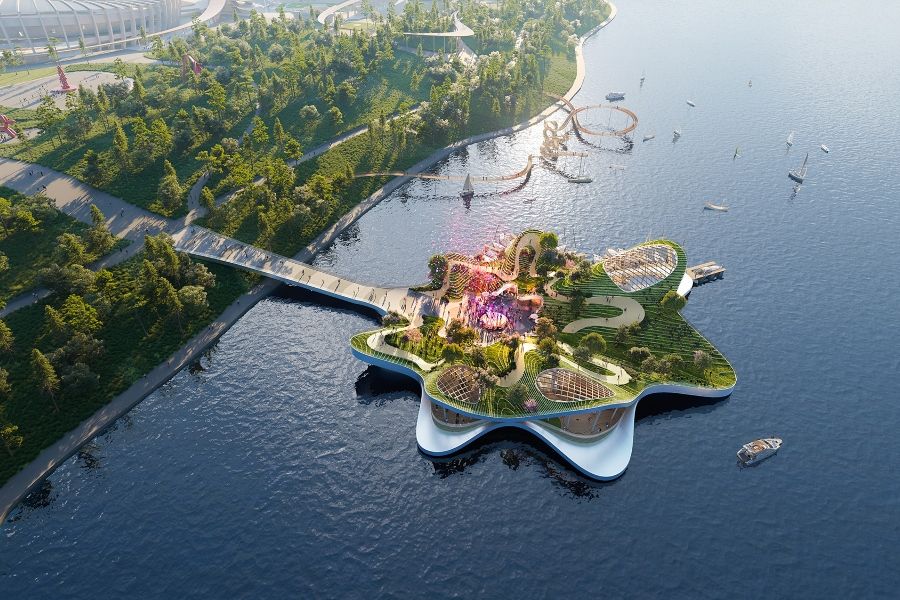 A revitalization and revival for the city’s Olympic sports complex along its gorgeous waterfront.
Words by: Nick Boever, Editor • Photos by: Devisual

A revitalization and revival for the city’s Olympic sports complex along its gorgeous waterfront.
Words by: Nick Boever, Editor • Photos by: Devisual

Heatherwick Studio has recently unveiled their plans for a multi-level, plant-shaped pier complex in the city of Seoul. Following the submission, the consortium, led by Hanwha Group, HDC Group and Hana Financial Interest has been named the preferred bidder to help develop the grounds surrounding the complex. The group also includes design firms Benoy, Populous, dA Architecture Group and NOW Architects alongside Heatherwick.

Called ‘The Leaf,’ the complex is part of the city’s efforts to revive and expand the Olympic Jasmil Sports-MICE Complex and is meant to promote notions of community spirit, equality, play and togetherness through its flowing design.

Creating a Riverside Oasis for Community and Ecology

Hovering just above the Han River, The Leaf’s multi-layered, green platforms rise and fall to create a walkable roofscape ensconced in abundant plant life with abundant pathways flowing throughout.  Visitors will have access to a series of recreational and cultural spaces spread across the complex’s undulating landscape, including above-water gardens, play areas, observation decks and an event space. There will also be a marina located onsite for water taxis and recreational watercraft.

The structure will be connected via a walkway across the water that extends towards the stadium’s surrounding greenspaces and links to the wider scheme of the Han river.

“At the heart of our project is the idea of playful togetherness. We want this to be a refreshing and dynamic new civic space for the city of Seoul where people come to laugh, explore and connect. Somewhere joyful and restorative for everyone,” says Stuart Wood, Partner and Group Leader at Heatherwick Studio in a statement released on the studio’s website.