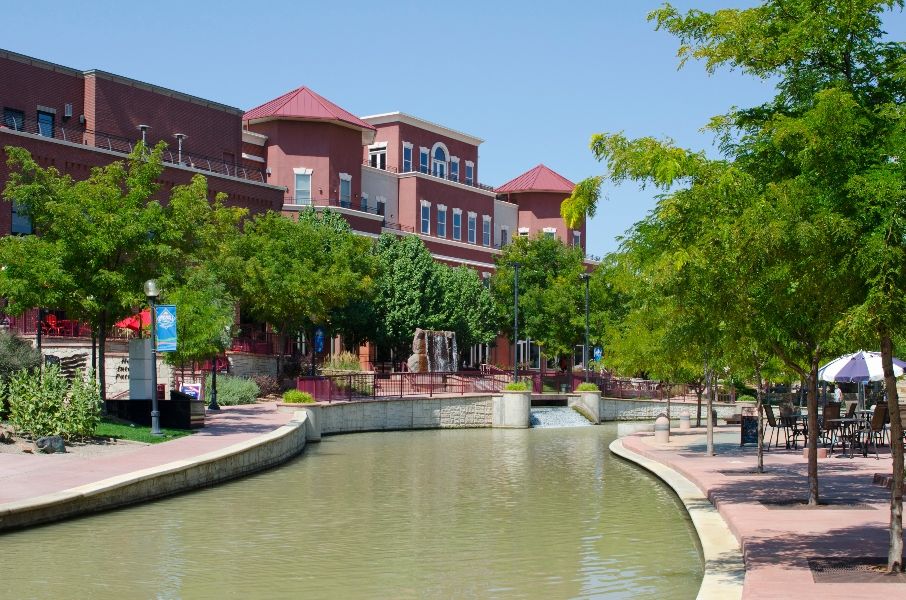 Downtown Pueblo, Colorado. According to the development's website, the beautiful cultural center will be only a 10 minute drive from North Vista Highlands.

Houses will be developed with low-VOC materials while also having superior HVAC and accessibility features.
Words by: Nick Boever, Editor • Photos by: North Vista Highlands, Shelley/stock.adobe.com

Downtown Pueblo, Colorado. According to the development's website, the beautiful cultural center will be only a 10 minute drive from North Vista Highlands.

Houses will be developed with low-VOC materials while also having superior HVAC and accessibility features.
Words by: Nick Boever, Editor • Photos by: North Vista Highlands, Shelley/stock.adobe.com

Pueblo, Colorado is receiving a slew of healthy housing as part of a massive 5,000 residence development to combat the “housing crisis” the region is currently facing. The development, known as North Vista Highlands, will be set along the Arkansas River in Southern Colorado and aims to provide residents equitable access to healthier lifestyles at affordable prices, especially as home costs within the region continue to rise.

Having started land development two years ago, the construction of the houses is finally underway, with homebuilding and development firms such as Pure Zero and Sprout Tech Homes contributing to the development’s wellness and sustainability aspirations. Each home will be designed to have a smaller footprint, greater energy efficiency, superior HVAC systems, lower embodied VOCs and greater attention to accessibility.

In addition, the development will come with a variety of amenities such as nearby outdoor excursions, parks and proximity to the downtown of Pueblo for connection to the community and night life. The community will also be a 30-minute drive from Colorado Springs, giving residents easy access to another major hub of the state.

Sprout’s contributions on the project will also add over 300 Zero Energy Ready homes to project. “The only difference between Zero Energy Ready and Net Zero is the addition of PV [photovoltaic] panels on the roof.” With those additions, he anticipates homeowners will be able to lower their energy bills to zero, providing extra financial benefits as well.

Sprout’s build strategy will also help reduce the embodied carbon and construction time on the project, using prefabricated walls that will then be assembled on site. However, of the 5,000 homes planned for the North Vista development, Sprout’s more sustainable approach to design will only comprise a small portion of the homes being built.

“Some builders will build to zero energy standards, and some will not,” said land developer David Resnick in speaking with The Colorado Sun. While the plan had originally been to develop the entire community as a net zero project back when the latest development group took over in 2018, instead, sustainable homes the likes of Sprouts will comprise their own neighborhood within the community. Most of the homes being planned currently will instead adhere to a more traditional building model.

“At that time [2018] I was so certain the homebuilders would embrace the zero-ready construction, but they have not. Unfortunately, the entire community will no longer be zero-energy ready,” stated David Resnick in the same article.

Despite the scaling back of these zero-ready aspirations, however, the homes being built will still adhere to more efficient and healthier building designs as a whole. 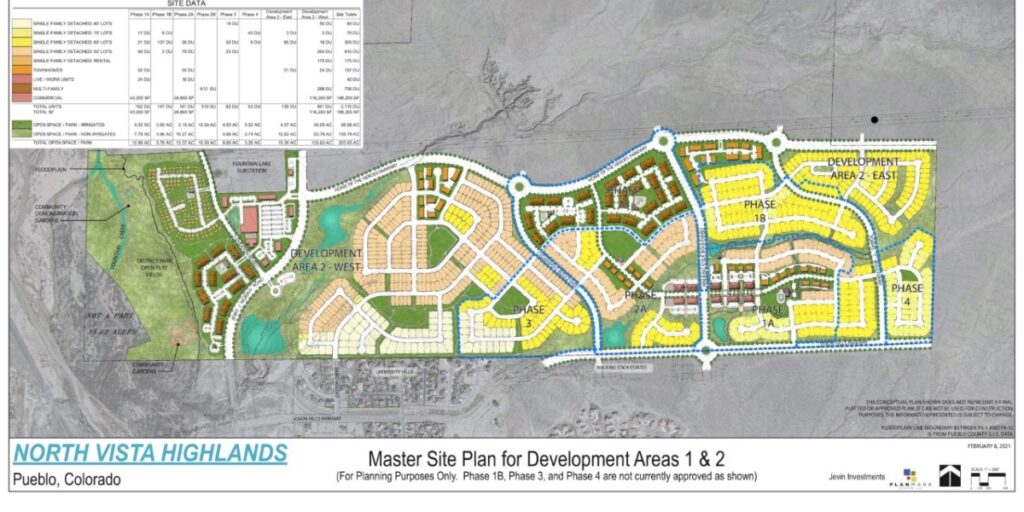 The projected layout of the North Vista Highlands Community.

Development Expected to Complete Years Down the Road

With the roadways and general infrastructure having recently been completed last September, the houses are now following as permits for the various lots continue to be filled out. The size of the homes will range from 1,800 to 2,600 square feet for a single family home with the cost expected to be within the range of $400,000 to $575,000 USD.

“People have been waiting for quite some time and they’re very excited to see that this is not your traditional site built, stick-built tract home development that you would see in Denver or anywhere else,” he said.  “We believe once the vertical construction starts, it won’t be long before all the homes are committed.”