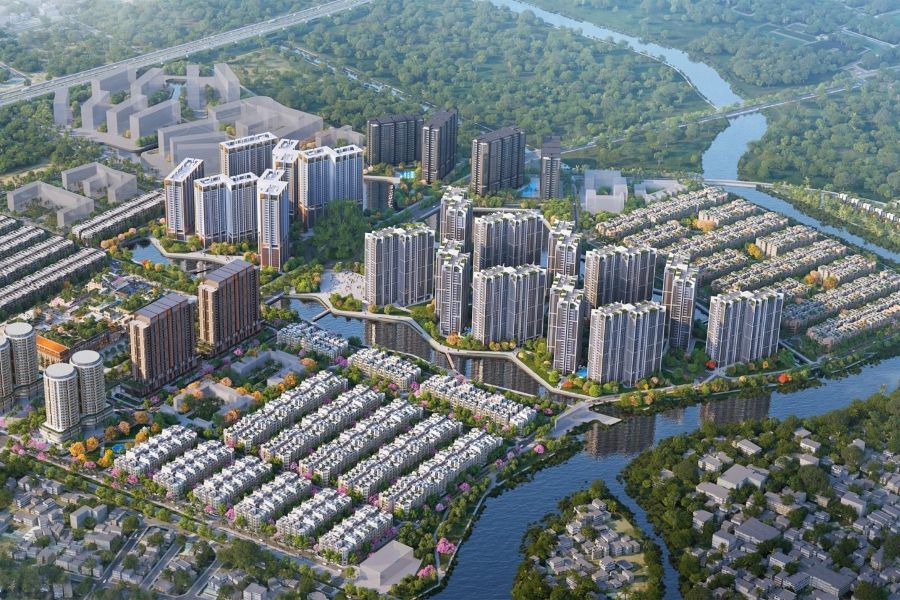 The new township within Ho Chi Minh City will be created in part with Masterise Homes.
Words by: Nick Boever • Photos by: Foster + Partners

The new township within Ho Chi Minh City will be created in part with Masterise Homes.
Words by: Nick Boever • Photos by: Foster + Partners

Foster + Partners Creates a “Holistic Masterplan for the Future” in Vietnam

Foster + Partners (F + P) has been selected by Masterise Homes to serve as the architectural advisors for the development of The Global City, an all-inclusive neighborhood within Ho Chi Minh City, Vietnam. As part of their role, F + P will provide sustainable design solutions for a fully integrated master plan, including a full range of facilities and residential spaces as well as connections to highways, major roads and metro lines.

The approximately 290-acre development will closely border neighboring districts, allowing for easy integration into the surrounding urban fabric. The scale and materials used in the design will pull directly from the same architectural language already employed in the city. The site is planned to include high-rise and low-rise apartments, villas, social housing, schools, medical and administration facilities, a shopping mall, and other amenities.

In designing the site, Foster + Partners also aims to strike a healthy balance with biodiversity and human wellbeing in the city. As part of a “holistic masterplan for the future,” buildings are being designed with a range of flexible, landscaped public spaces near many of the neighborhoods. A central green spine is planned to run up through the development, while two adjacent waterways will frame neighborhoods running from their northern to southern tips.

The neighborhoods themselves will each be crafted with the specific needs of residents in mind, bearing their own distinct character and design. High-rises, for instance, will be located along the central boulevard, which will also serve as a public park for the community. Pedestrian bridges, meanwhile, will connect this central boulevard with surrounding neighborhoods, providing easy access to the heart of the development to all.

“The Global City Masterplan is a fantastic new residential-led development, in the heart of Ho Chi Minh City,” says Foster + Partners head of studio Gerard Evenden. “The design seeks to strike a balance between biodiversity and human wellbeing within an urban context, seamlessly integrating the buildings with a range of flexible, landscaped public spaces and community facilities to create a holistic, sustainable masterplan for the future.”