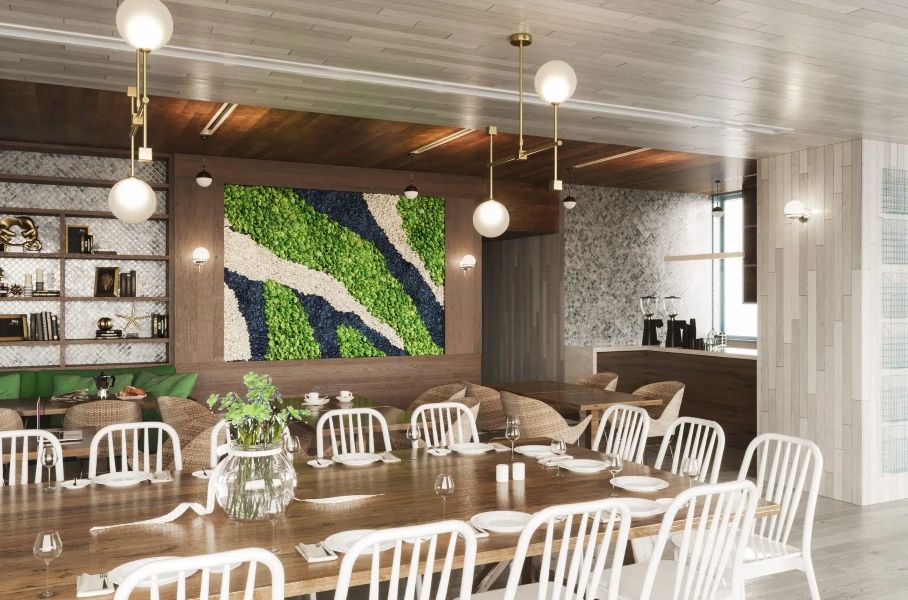 Exploring the Potential of Green Wall Acoustics for Commercial Projects

Exploring the Potential of Green Wall Acoustics for Commercial Projects

Green walls have become an incredibly popular element of design within commercial infrastructure. They can be absolutely enchanting in how they represent entire ecosystems frozen in time. However, there’s another quality to them that most people wouldn’t readily recognize them for: they’re surprisingly effective at dampening sound within a space, which has led to a few firms to start exploring the potential of green wall acoustics.

Enter EzoBord and its offshoot, Quiet Earth Moss. After having seen the practice of green wall acoustics in action on a trip to Germany, this week’s podcast guest, EzoBord founder Doug Barlett was struck with inspiration.

“I can tell you when I walked into the small booth that they had at this show in Germany, it immediately occurred to me that the acoustics were performing very well, and it compelled me to ask him, ‘Okay what do you have behind this moss?’” comments Barlett. “And they said, ‘Well, nothing. It’s just trade show hard booth display board.’ And that stayed with me from 2016.”

The only issue is that natural material, while beautiful, can be chaotic from a manufacturing standpoint. Uniformity and replicability are king here when being able to reliably produce results, and designing a properly functioning acoustical installation is no exception.

“In terms of acoustics, the moss behaves differently than the EzoBord material, and a lot of that has to do with the density and the nature of the material itself,” says Barlett. One thing about the moss that occurred to me is that it’s thicker, and you could say it’s of course, softer, so therefore, it has different acoustic characteristics to it. I would say it’s not picking up a lot of low frequencies, it’s typically going to be working well in the upper frequency range.”

The reality of it, is that one could spend every day testing the “endless permutations” of the product, to which Barlett admits, its far better to take a broader view. While the average measurement of acoustical material is often done by depth or thickness, Barlett takes the characteristic density of moss and uses weight and mass as a measurement of the material. At that point, its all about bringing it down to a science.

So join me in my conversation with Doug Barlett as he outlines what a green wall can bring to the table for acoustics and aesthetics while discussing how EzoBord and Quiet Earth Moss are exploring new methods of installation and product sourcing to contribute to simple and sustainable projects. You can also find past episodes of the DesignWell Podcast by subscribing to the DesignWell YouTube channel, or our Apple and Spotify Podcast feeds.