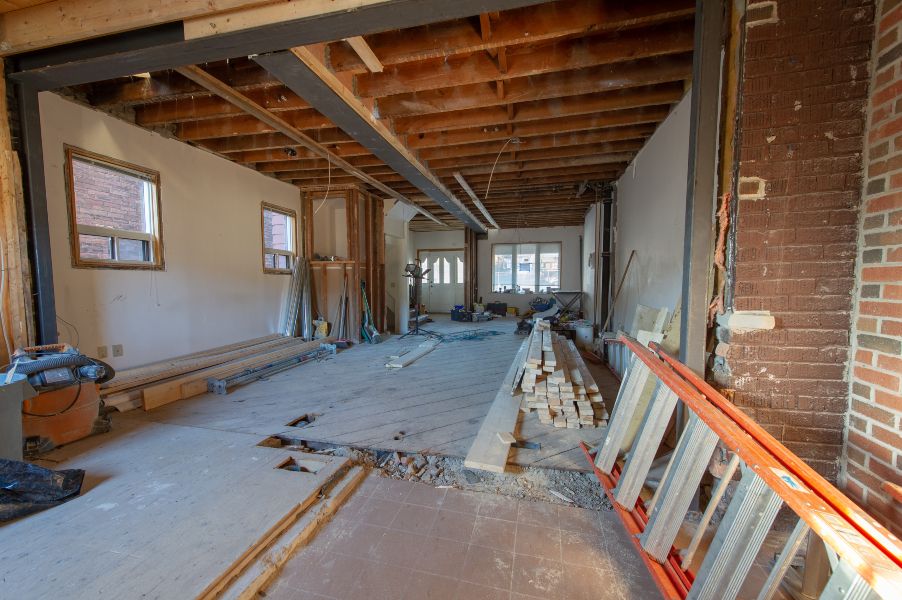 A recent upturn in the economy sees an improved outlook for construction expenditures.
Words by: DesignWell staff • Photos by: AC Photography/stock.adobe.com

A recent upturn in the economy sees an improved outlook for construction expenditures.
Words by: DesignWell staff • Photos by: AC Photography/stock.adobe.com

With the economy having grown by 6.4% in the first quarter this year, the expectations for the second are even greater. This outlook is already proving optimistic for building expenditures, not just for construction agencies, but for design and architectural projects as well, spurred on even moreso by potential government funding for new, more sustainable infrastructure and building retrofits.

According to AIA.org, several building types are expected to see immediate benefits from this, such as healthcare facilities, but, in 2022, its expected that nearly all nonresidential sectors will see healthy growth. This even includes hospitality, amusement and recreational projects, who perhaps saw the sharpest decline since the pandemic started.

Even prior to the pandemic, architecture firms were reporting that almost half of their billings on average resulted from renovations, rehabilitations, retrofits, additions, and historic preservation projects on the existing building stock. A June 2021 AIA survey of architecture firms reported that almost a third of firms indicate that work on existing buildings increased at their firm as compared to pre-pandemic levels, and well over half indicated that these projects remained at about the same level. Only 13% for firms reported a declining share.

On the one hand, an increased focus on building renovations certainly has come about as a response to increased concerns over COVID-19. However, there has been a growing focus on older buildings with regards to sustainability as well. Considering buildings can be some of the worst offenders when it comes to pollution, green building proponents highlight the importance on retrofits in general to bring pre-existing buildings up to code with many newer sustainability standards and certificates.

Somewhat surprisingly, building sectors where firms had seen the greatest gains in retrofitting were manufacturing and distribution, multifamily residential and many of the key institutional building types (healthcare, education, corrections, government). Facilities that had seen declines in retrofit activity were largely concentrated in the commercial category (retail, lodging, travel and tourism).

Touted as a $1.2 trillion program over a five-to-eight-year horizon, about half of this figure comes from expiring existing programs that are expected to be renewed, and the other half from new spending. Slightly more than half of the proposed expenditures are relegated to transportation projects, while the remainder lies in power grids, broadband, water and resilience. While this is certainly good news for construction, the main beneficiaries are expected to be engineering and public works construction firms, as well as architecture firms.

An Overall Improved Outlook for Construction

It will take a while for the recent burst in activity to translate into increased spending, especially considering the many limiting factors such as supply chain disruptions and increasing inflation rates. However, the coming years still look healthy for building and construction activities.

As prices in materials such as lumber, metal and energy-related products rise, consumer demand will dwindle and thereby prompt manufacturers to increase supply. Although, many companies are already starting to change their production processes, moving them closer to home to increase sustainability and resiliency in the wake of a potentially volatile international market.