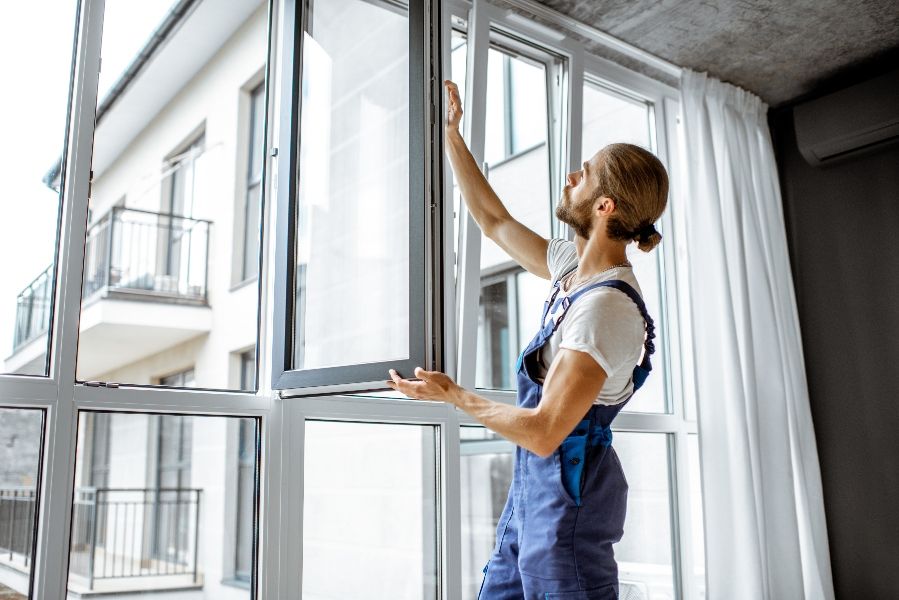 Triple-pane windows are a long-forgotten innovation that could be the next big thing in building design.
Words by: Nick Boever, Editor • Photos by: rh2010/stock.adobe.com

Triple-pane windows are a long-forgotten innovation that could be the next big thing in building design.
Words by: Nick Boever, Editor • Photos by: rh2010/stock.adobe.com

A long-lost innovation in building efficiency has slowly been rising in the market. First created in 1991 by a team of scientists at the Lawrence Berkley National Laboratory, the product was reported to have solved one of the nation’s most serious energy efficiency issues, that of heating and cooling buildings. Through studies at the time, it was found to cut annual energy for heating buildings by 39% and reduce AC costs by 28%. And it was all because of a simple revolution of window design.

As it turns out, the need for innovation in windows is sorely needed. Buildings accounts for nearly 75% of all electrical usage, and with heating and cooling comprising a large portion of that, the unassuming window provides a major pain point.

It is estimated that the heat loss and gain due to windows cost US home and building owners as much as $40 billion dollars a year. This makes windows perhaps one of the largest obstacles when it comes to making buildings more efficient and pushing them towards the climate goals of local governments

However, the reason the triple pane window never caught on was because of cost. Being far too expensive to manufacture, most companies wouldn’t even consider carrying it. That, however, is no longer the case, thanks to phone and television manufacturers driving down the cost of the ultra-thin glass used in the window’s design.

What Might Drive Demand for this Window in the Future?

The lower costs of the design have led to manufacturers like Alpen High-Performance Products, Inc. picking up the Berkley prototype for their portfolio. This, combined with the greater demands for building efficiency plus occupant concerns over the climate impact their residences and workplaces opens up the pathway for this simple innovation to have a big impact on projects looking to increase efficiencies.

This is also considering the pressure being placed on buildings across the US as cities enact stricter legislation regarding building performance. Washington, D.C., for example, has already made a push towards carbon neutrality throughout the city with a sweeping initiative known as Clean Energy DC. In 2019, New York City passed the Climate Mobilization Act, limiting emissions for buildings over 25,000 square feet, impacting nearly 60,000 buildings in the metro area.

There are also growing trends among building design, both commercial and residential that certainly points to these types of windows being a salient product. With a greater emphasis of natural daylighting in homes and commercial buildings, windows are the central gateways to letting the light in. A triple pane glass window could provide an energy saving option for the building envelope in cases where smart windows are too expensive.

Either way, it’s a subtle solution that provides a remedy to an age-old problem, while also providing access to bountiful sunlight and fresh natural views, two things that are in the highest demand nowadays in terms of design. Home builders and designers alike would do well to keep an eye on this rising star.