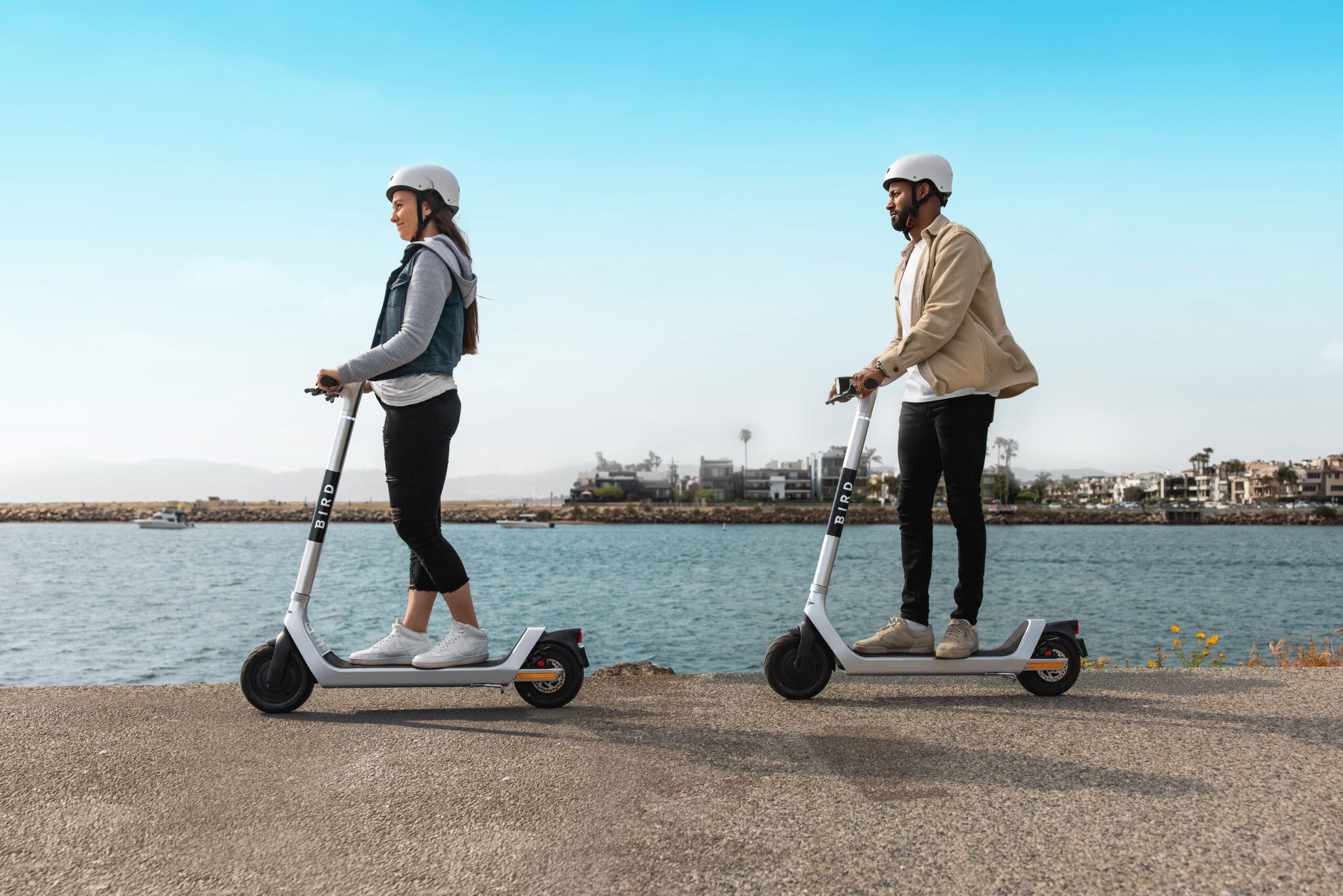 Electric scooter brand Bird has unveiled the new Bird Three, which boasts a battery with a much larger power cell than previous versions, with capacity of up to 1 kWh. Hermetically sealed and IP68-rated to protect against water and dust, the company claims that the lifespan of the battery is at minimum 14,000 miles, meaning that the battery on its own may outlive the scooter’s overall structure and other functions.

“Smaller and swappable batteries lead to higher overall manufacturing emissions and require more vehicle miles traveled to retrieve, replace, and recharge scooters,” the company says, as reported by Yahoo! Finance, indicating that the third version of their electric scooter is the best yet for the environment.

The new model also features a longer wheelbase and wider handlebars, both coated with an antimicrobial agent. The body is made from aerospace-grade aluminum, which also boosts its durability, with the company saying that the Bird Three can survive over 60,000 curbside impacts. Meanwhile, the break cables have been covered, hiding them from view and protecting them from averse weather and potential vandalism.

Another new addition to the third model is the dual-sensor throttle that is both safer and more accurate. These new features aim to keep riders in good health while lowering carbon emissions from the products. In 2019, a North Carolina State University study revealed that more greenhouse gas emissions are produced by electric scooters than bikes or buses, despite the lack of tailpipe emissions. Much of this can be attributed to how the scooters are collected at the end of the day and charged.