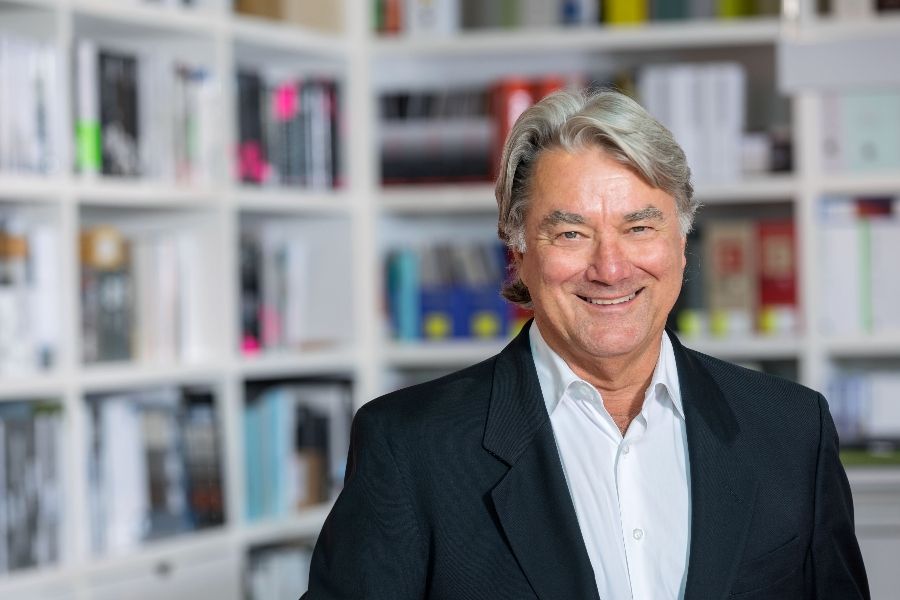 Gary Wheeler, who originally put off retirement in 2020 to step in as the organization's interim CEO, will be concluding his tenure September 30, 2022.

During his time, Wheeler drove tremendous growth for DEI, sustainability, health and resilience in the industry.
Words by: Nick Boever • Photos by: Courtesy of ASID

Gary Wheeler, who originally put off retirement in 2020 to step in as the organization's interim CEO, will be concluding his tenure September 30, 2022.

During his time, Wheeler drove tremendous growth for DEI, sustainability, health and resilience in the industry.
Words by: Nick Boever • Photos by: Courtesy of ASID

Following a long and laudable career of service to the interior design profession, as well as those directly impacted by its work, Gary Wheeler, FASID, FIIDA, has announced his retirement as CEO of the American Society of Interior Designers (ASID). His last day with the association will be on September 30, 2022.

The announcement is a well-earned one for Wheeler, who had originally put aside his retirement back in 2020 to take up the mantle in the first place. What was originally meant to be an interim position, however, became temporarily permanent in 2021 following the aftermath and turbulence of the COVID-19 pandemic.

In that time, Wheeler tapped his experience as a practitioner to bring a holistic view to the Society’s work and the broader design industry. Under his leadership, Wheeler and ASID worked to improve the organization’s inclusivity and amplified research initiatives to make positive contributions to the profession.

“We are grateful to Gary Wheeler, who put aside his own retirement to take on the position of ASID CEO in 2020,” said ASID Board of Directors Chair Carolyn Ames Noble, ASID, WELL AP, WELL Faculty, USGBC Member.

“ASID was fortunate to have Gary at the helm during the uncertainty that arose from the COVID-19 pandemic. ASID’s inaugural GATHER conference, which will bring together the entire design community this September, demonstrates the culmination of Gary’s vision for the unity of the profession, though his dedication to the design world will have a lasting impact for many years to come.”

Following his retirement from the position of CEO, Wheeler will remain an advisor to ASID through the calendar year. An announcement regarding the ASID’s next CEO is soon to follow.

Having first joined ASID as a student out of Louisiana Tech, Wheeler quickly went on to be named an ASID Designer of Distinction before ultimately earning the title of Fellow.

With this focus on industry health as well as societal impact, Wheeler showcased his dedication to the use of evidence-based design and helping professionals navigate the changing industry landscape. In his time as CEO, the ASID led collaborative initiatives with local chapters and partner organizations to enact legislation in North Carolina, Wisconsin, and Illinois, which expanded practice rights for interior designers in those states.

Wheeler led ASID in its partnership with IIDA, IDC, Metropolis and other sustainability leaders in the industry to create the Interior Design Pledge for Positive Impact, which established framework for professionals to impact and positively influence climate, health and equity.

“Serving as ASID’s CEO has brought my career full circle,” said Wheeler. “From my student days and throughout my career, ASID has been central to my work, as I have witnessed how the design profession truly creates positive impact on all lives. It was an honor to serve as CEO, and now as a member, I am excited for ASID’s next chapter of continued success.”

Wheeler’s leadership and ASID accomplishments will be recognized at GATHER: The National Conference by ASID, held in Miami from Sept. 21-24, 2022.