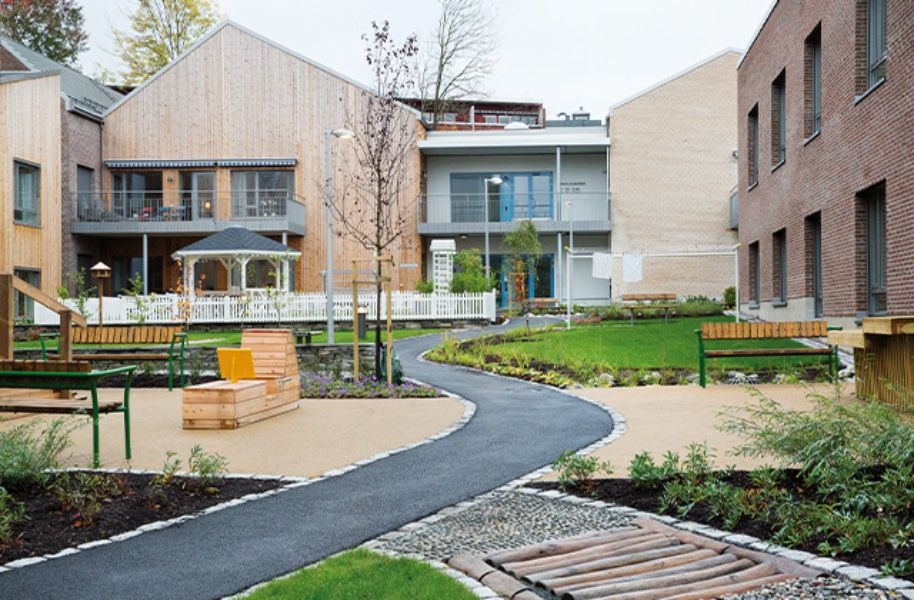 “The aim is a village where people suffering from dementia are able to continue living their lives as they used to, in a safe environment with the least possible institutional character,” says Trude Schei, project leader from the municipality.

Creating Safe Spaces Without the Sense of Entrapment

Taking its shape as a unified village, most of the buildings have been organized around the edges of the site to create a natural border. “More like soft edges in lieu of fences,” says Robert Ritzmann, senior architect at Nordic, Office of Architecture (Oslo), the firm behind the project’s design. The layout also helps break up the mass while forming walkable, delimited outdoor space through the whole village, including an urban square and landscaped areas.

Entering through the main pavilion and reception area, guests are quickly introduced to a variety of community-centered spaces, including ‘the street,’ a long corridor comprising a succession of memorable spaces like a pub, salon and craft workshop. In the summer months, the corridor can even be opened to the urban square, where residents can gather for a coffee, exercise or activities with residents as well as visitors from the community.

The spaces then move from urban living to more rural style with a looping path that runs beside themed landscaped areas that offer varied experiences and a means of orientation and identity.

“A very important part of the concept is creating recognizable places because people with dementia often lose their short-term memory,” Ritzmann says. For example, outdoor areas have names like “water garden,” “cultivation,” and “the manor,” with each featuring related elements like a shallow pond, greenhouse, and gazebo, respectively. 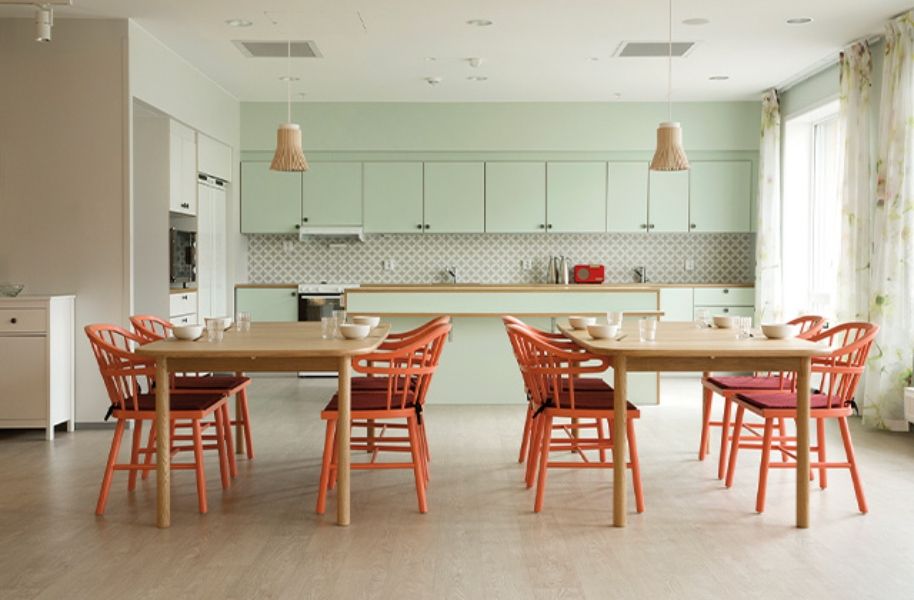 The residences are organized into 17 communal housing units with eight residents in each (for a total of 136) and 22 high-care dementia units, which are located on the upper levels and separated from the community activity areas. Housing units are arranged in groups of four, with a shared exterior entrance defined through a color system derived from the different parts of the landscape plan. “We tried to find a palette of colors that relates to the outdoor areas,” Ritzmann says.

Inside, each resident has a private en suite bedroom that surrounds a large, open common area, which includes a kitchen, eating area, living room, and accessible outdoor area. In lieu of corridors and dead-end hallways, the space is designed as an uninterrupted circle with the kitchen in the center and pop-out structures along the surrounding walls to create niches for furniture and handrails. “We tried to make these kind of loops that residents can wander around,” Ritzmann says.

While COVID has made it difficult to test the pilot project fully, Carpe Diem already has inspired similar villages in Norway, Ritzmann says. Adds Schei, “Taking into account the growth that is coming in dementia care [throughout the country], we will look at whether this is the way we will build in the future.”

Another version of this article originally appeared on our sister site Environments for Aging. 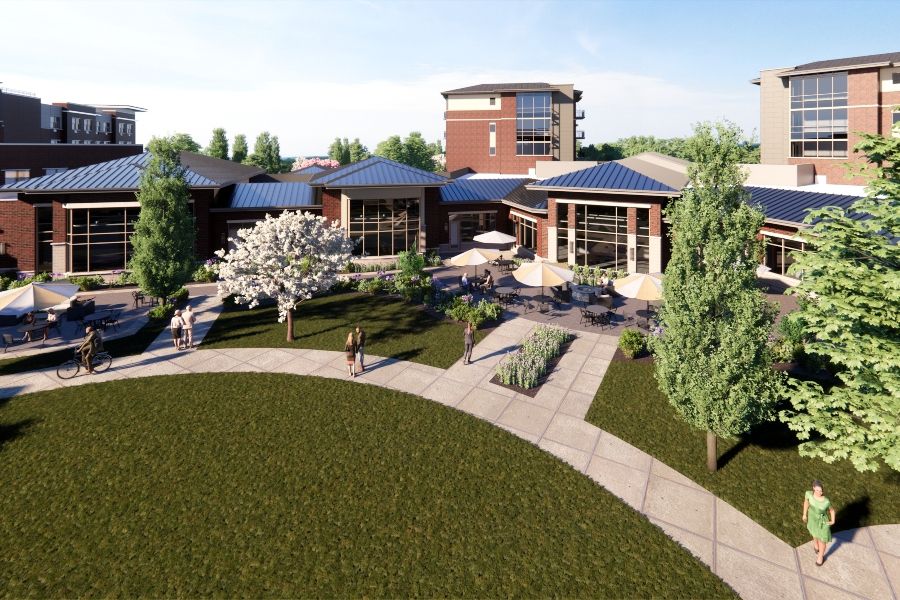 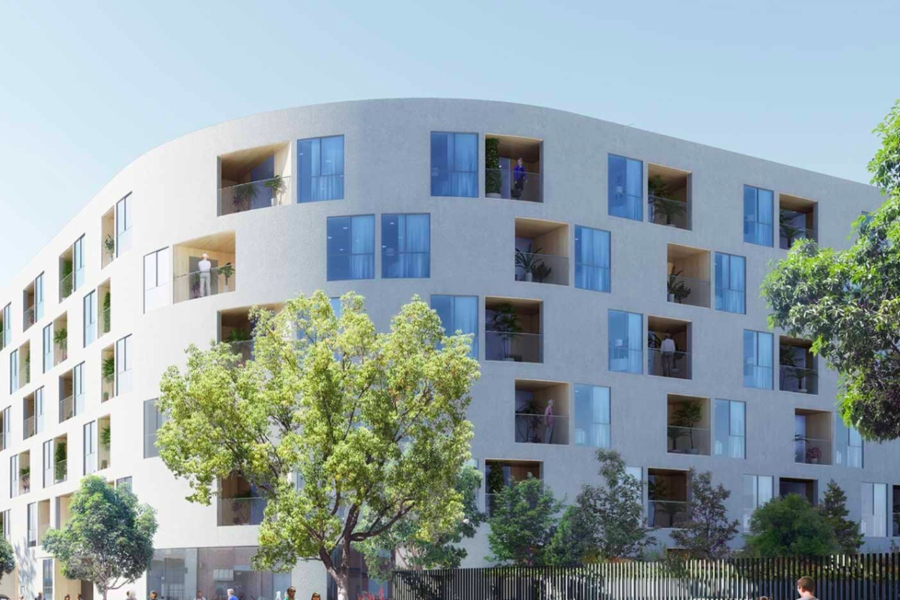 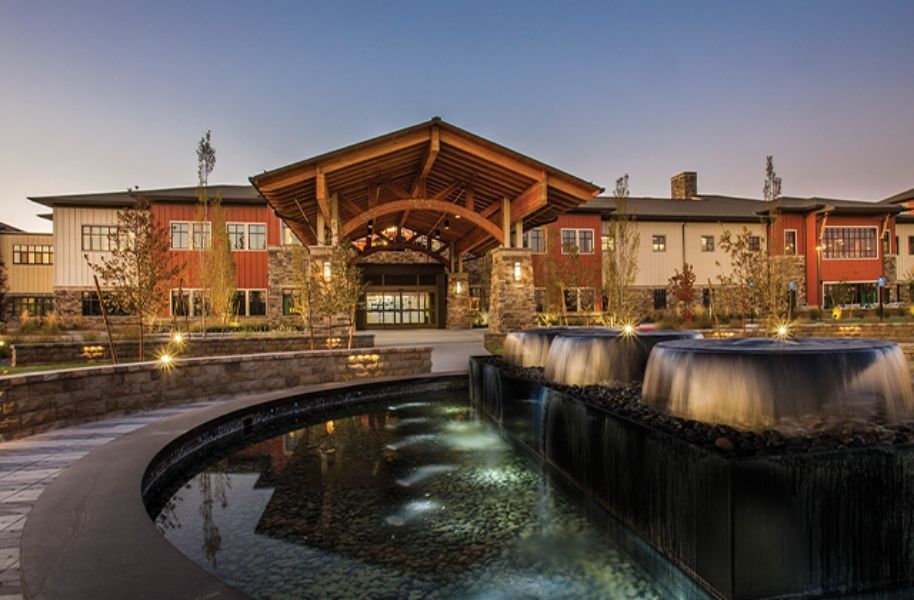 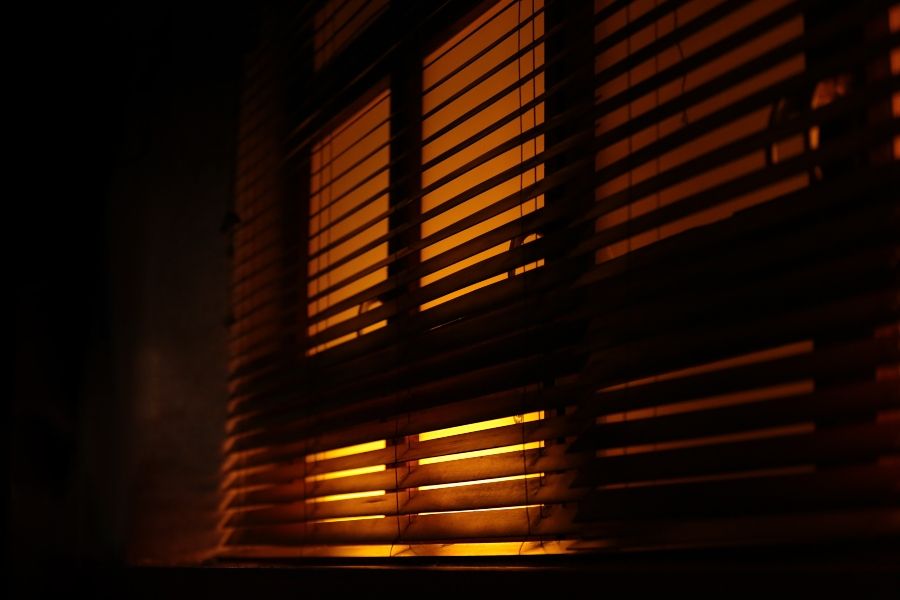