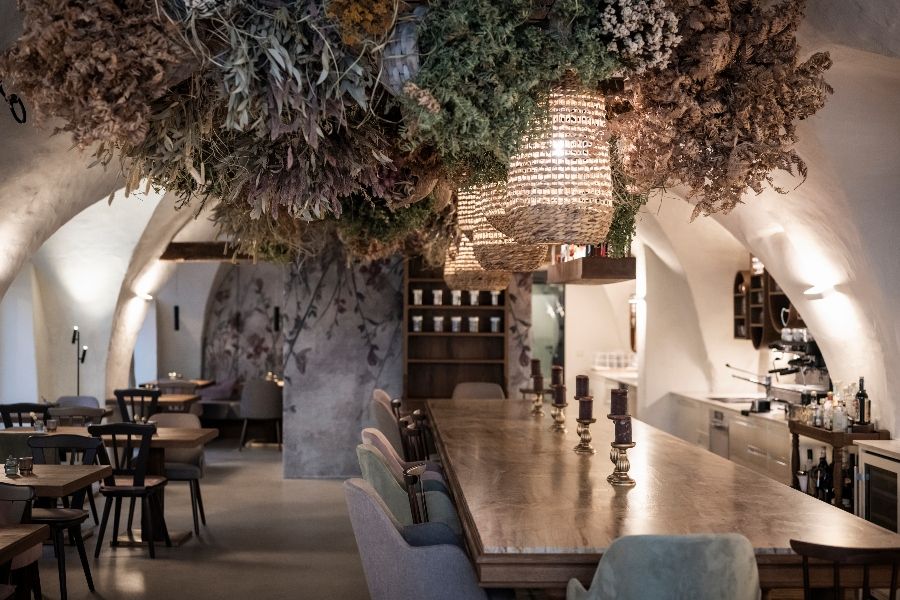 Bolzano’s history and heritage thrives in the bohemian atmosphere of this adept restoration.
Words by: Nick Boever • Photos by: Alex Filz

Bolzano’s history and heritage thrives in the bohemian atmosphere of this adept restoration.
Words by: Nick Boever • Photos by: Alex Filz

It sits at two stories, one of the lowest houses in the neighborhood it occupies, and yet the house’s history runs like an ocean beneath it. Having been once used as a workshop on one of the oldest streets of Bolzano, a former merchant hub for Italy, this space would become the backdrop for a stunning transformation by noa* into the bistro now known as Bogen.

“The house has a fascinating past that goes back centuries and overflows with life and variety,” explains Stefan Rier, noa* founder and lead architect of the project. “It has been in the hands of the Teutonic Order, a goldsmith named Hanns in the 15thcentury, the town secretary Ennthofer in the sixteenth century, and a long line of families thereafter. With our intervention, we wanted Bolzano’s mercantile history to emerge clearly from these walls.”

This strong relationship with the history was crucial in defining the project: both because the house was under monumental protection, but also because noa* wanted to pay homage to the architecture of the arches, a desire that immediately presents itself in the name. The word ‘Bogen’ is German for ‘arch.’ 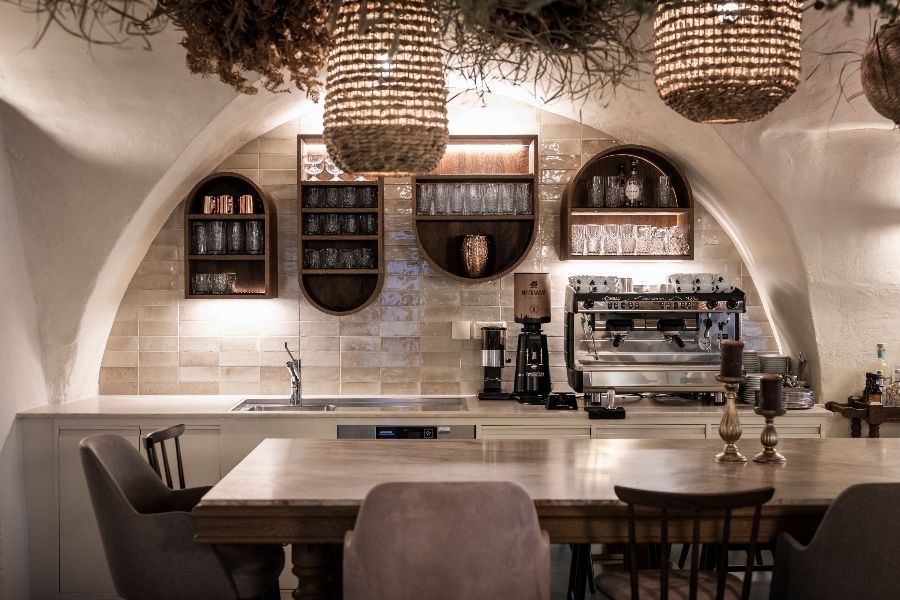 Seating shifts from wood and fabric to lacquered vintage chairs as noa* engages with modern and historical contexts throughout the design.

On the exterior façade, noa* carefully replastered the front archway in smokey white, enlarging the entryway to accommodate modern crowds. A new tripartite black metal window even follows the segmental archway, providing good natural lighting while adhering to a timeless design that allows it to settle in with the older elements of the space.

Inside, the team worked on both vertical and horizontal dimensions to further emphasize the four archways. An oak platform greets patrons at the entrance as a clever resolution to an internal height difference while adding a splash of rustic warmth, while the rest of the floor utilizes a grey-beige polished screed.

For lighting, *noa opted to use as few pendant lights as possible, a conscious move to accentuate the curvature running along the vaulted ceilings. Aside from two tables seated at the end of the rooms, there are no pendant lights within the space. Floor level lighting instead provide the majority of the lighting elements, while floor lamps bolster where needed. 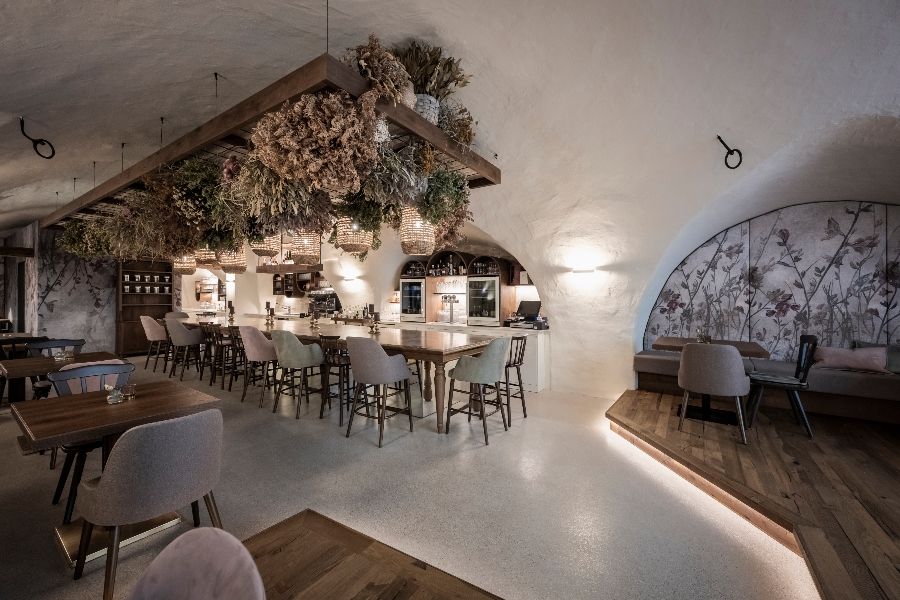 A Heart of Stone and Flowers

Highlighting the design is a large, communal, 23-foot countertop hewn from Nacardo stone, selected for its distinct veining and warm color, and the overflowing floral arrangement that sits above it. Dubbing the space ‘the flower vault,’ Silvia Marzani, interior designer at noa* says the choice arose from the initial discussions with the clients on the ambience of the bistro.

Settling on a romantic, bohemian-style atmosphere, the owner of the house, Roswitha Mayr, sought to give the space a personal touch, as well. This came in the form of the vault’s large floral composition that seemingly pours from the ceiling in hanging baskets. Hanging rattan lamps further recall the basket motif, their position placed gently among the flowers.

This massive shared space contrasts with the intimacy of the small tables, sheltered by the arches and overlooking the alley. In the same way, the materials of these spaces constantly contrast with the past and present, alternating between modern wood and fabric seating and lacquered vintage chairs.

“We took care of every detail in this project and managed to create a consistent design with a strong contemporary character within a centuries-old structure. A step into Bolzano’s present and past at the same time,” Marzani sums up. 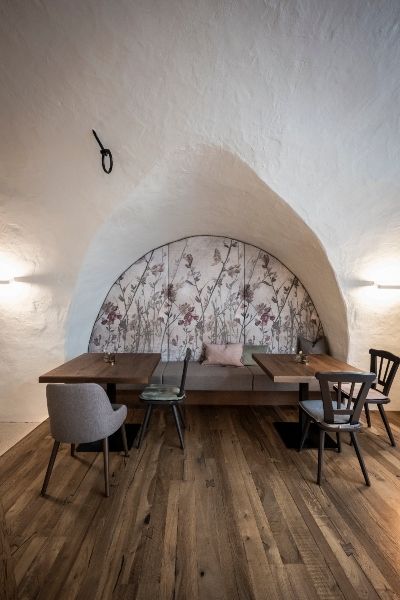 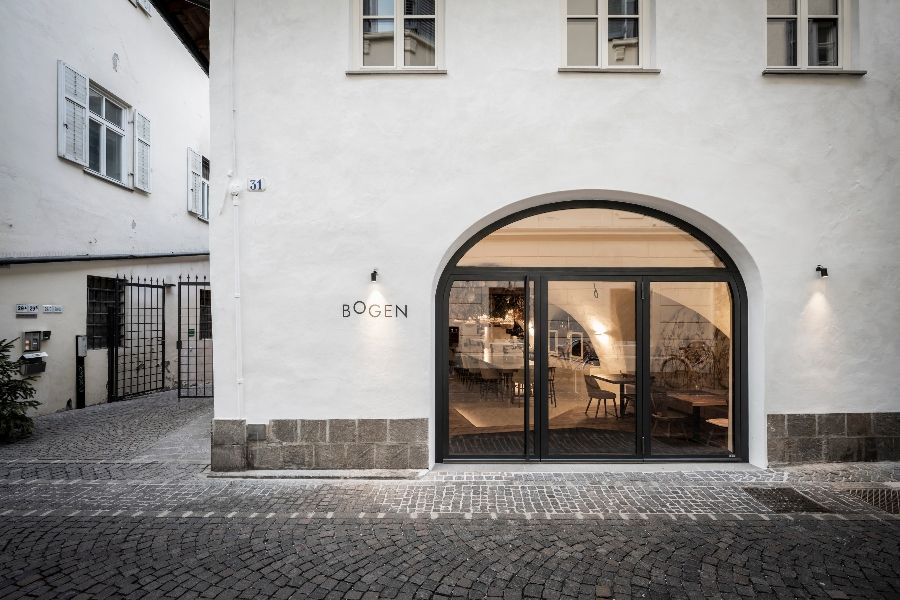 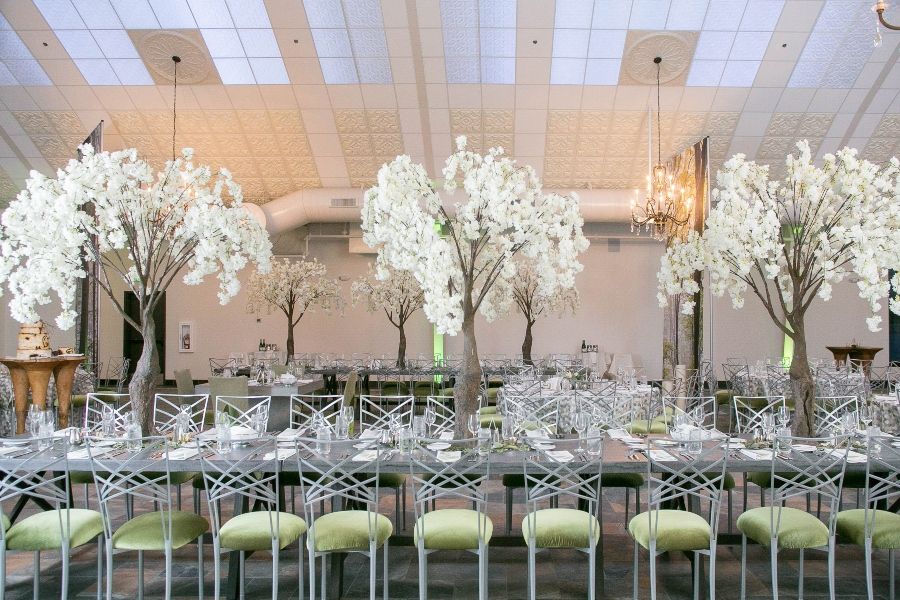 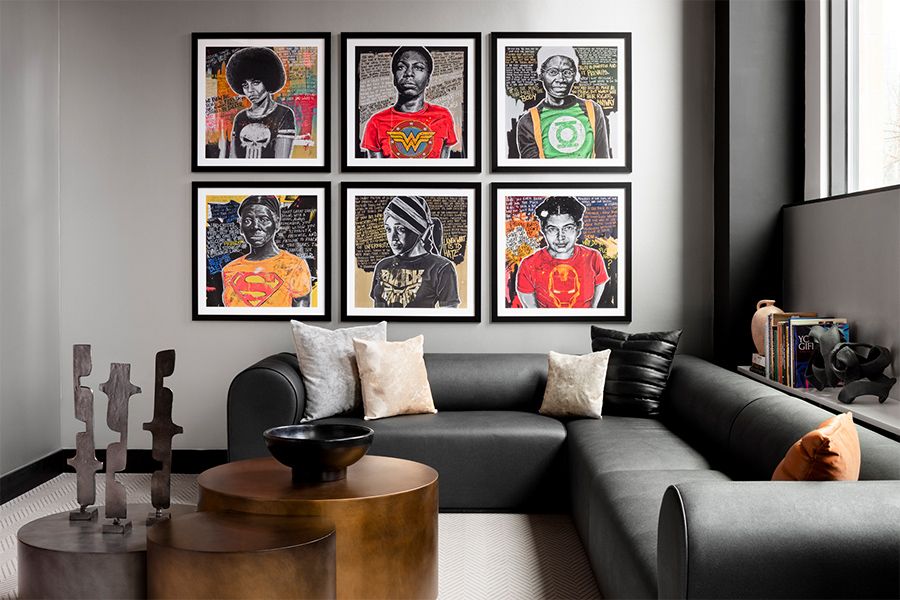 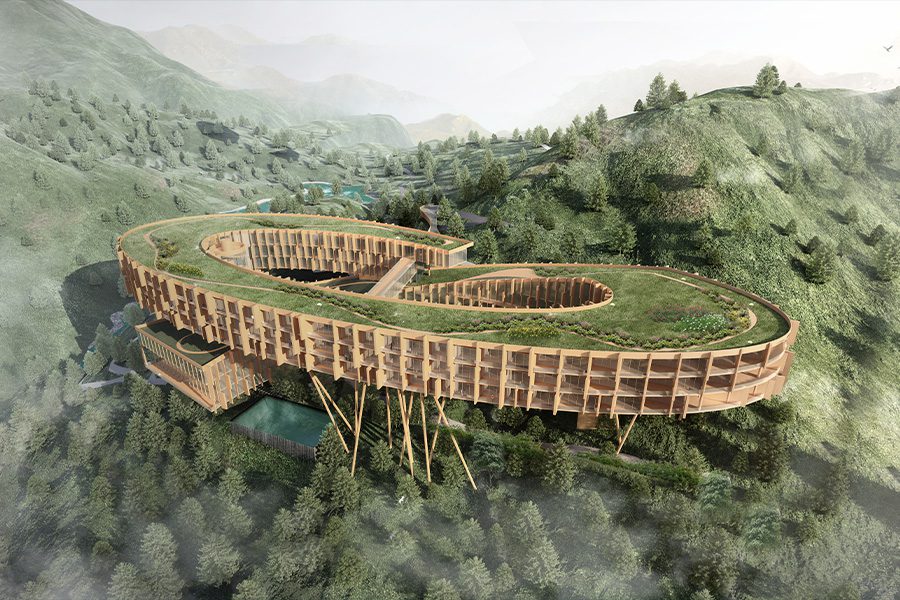